Originally scheduled for early November, SpaceX now plans to Static Fire a Crew Dragon capsule’s SuperDraco abort thrusters no earlier than Wednesday, November 13th. Success would pave the way for SpaceX to launch the spacecraft’s in-flight abort (IFA) before the end of 2019.

Life Insurance for Pilots
Balloch O’ Dee Campsite
Romantic Interior Design
Everybody wants me, so when do I self…
أسباب ترهل اليدين وطرق العلاج

In April 2019, a bad design choice finally reared its head, triggering an oxidizer leak and exotic titanium chemical fire that lead to the catastrophic explosion of Crew Dragon capsule C201, the first upgraded spacecraft to successfully launch, dock with the ISS, and return to Earth. That explosion occurred shortly after a successful Draco maneuvering thruster test and just milliseconds before the planned ignition of C201’s eight SuperDraco abort thrusters.

SpaceX planned on reusing flight-proven Crew Dragon capsule C201 to complete its In-Flight Abort (IFA) test, in which the spacecraft will attempt to escape from Falcon 9 during Max Q, the most aerodynamically stressful period of launch. After C201’s premature demise, SpaceX was forced to reassign new Crew Dragon spacecraft already in production, and capsule C205 – previously assigned to Dragon’s Demo-2 astronaut launch debut – was delivered to SpaceX’s Florida launch facilities in early October.

The test will be closely watched, as SpaceX looks to show it fixed the issue from the Demo-1 capsule explosion in April. https://t.co/B6rkb2znQh

C205 will now support SpaceX’s IFA test. However, prior to launch, SpaceX (or NASA, or both entities) want to ensure that the fixes and upgrades retroactively applied to Crew Dragon will prevent C201’s failure mode from reoccurring. This proof will come in the form of a static fire test identical to the one that caused C201’s explosion. Dragon capsule C205 will be loaded with liquid dinitrogen tetroxide (also known as NTO or N2O4) and monomethylhydrazine (MMH) fuel and fire its much smaller Draco maneuvering thrusters.

Lastly, C205 will ignite its eight SuperDraco abort thrusters – capable of producing more than 570 kN (128,000 lbf) of combined thrust – to conclude the static fire acceptance test. NASA and SpaceX will likely analyze the results together, while SpaceX will refurbish and refuel the spacecraft as expediently as possible. If everything goes as planned, Crew Dragon C205 will be integrated with its disposable trunk section and transported to Launch Complex 39A sometime in late-November or December.

Test of Crew Dragon’s upgraded launch escape system ahead of static fire and in-flight abort tests – altogether we are conducting hundreds of tests to verify the system's advanced capabilities to carry astronauts to safety in the unlikely event of an emergency pic.twitter.com/a4FucMh85l

In an impressive demonstration of SpaceX’s ability to work fast, the company managed to determine the cause of C201’s explosion, correct design flaws, prove those corrections with extensive testing, modify Crew Dragon C205 in light of those changes, and ship the completed spacecraft to Florida in less than six months. NASA Commercial Crew Program Manager Kathy Lueders, rare to heap praise, deemed SpaceX’s response “a pretty phenomenal turnaround.”

NASASpaceflight reporter Michael Baylor says that Crew Dragon’s static fire is now scheduled no earlier than the morning of November 13th, a delay of 11 days from the static fire’s first known target, November 2nd. It’s unclear what triggered the delay, but it would be unsurprising for SpaceX to be treading with extreme caution in a bid to avoid another serious Crew Dragon anomaly. 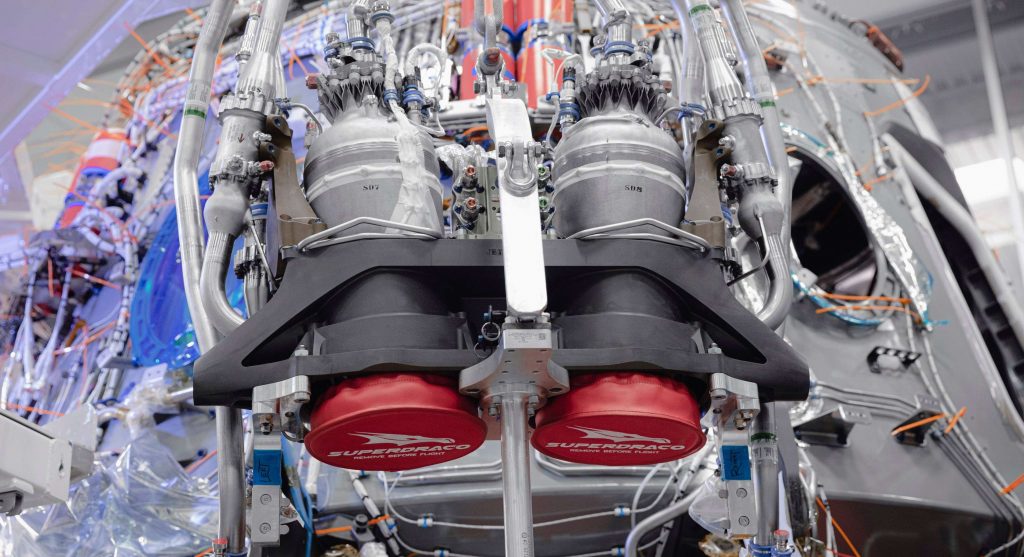 If all goes as planned during the test and the post-test inspections raise no red flags, SpaceX and NASA will likely be ready to launch Crew Dragon’s IFA test some 4-6 weeks after. Stay tuned for updates.