To say that Tesla’s electric cars are among the auto industry’s most tech-focused vehicles is a gross understatement. Being computers on wheels, the electric car maker’s vehicles are capable of gaining new features over time. And just like with all things tech, these features, such as the security-focused Sentry Mode, are bound to get improvements after their release.

Introduced back in February, Sentry Mode taps into a Tesla’s suite of cameras to provide a set of watchful eyes around a vehicle while its owner is away. Videos captured by the feature have already been proven useful, with law enforcement using footage from Teslas to identify car thieves and vandals multiple times in the past.

With Tesla’s continuous pace of evolution, it will likely be only a matter of time before Sentry Mode receives an update that makes it more robust. One such potential upgrade was showcased during the recently-held Defcon hacker conference, with Model 3 owner and security researcher Truman Kain revealing one of his novel projects. Dubbed the Surveillance Detection Scout, Kain’s DIY computer essentially supercharges Sentry Mode and TeslaCam, turning a Tesla into a mobile surveillance unit. 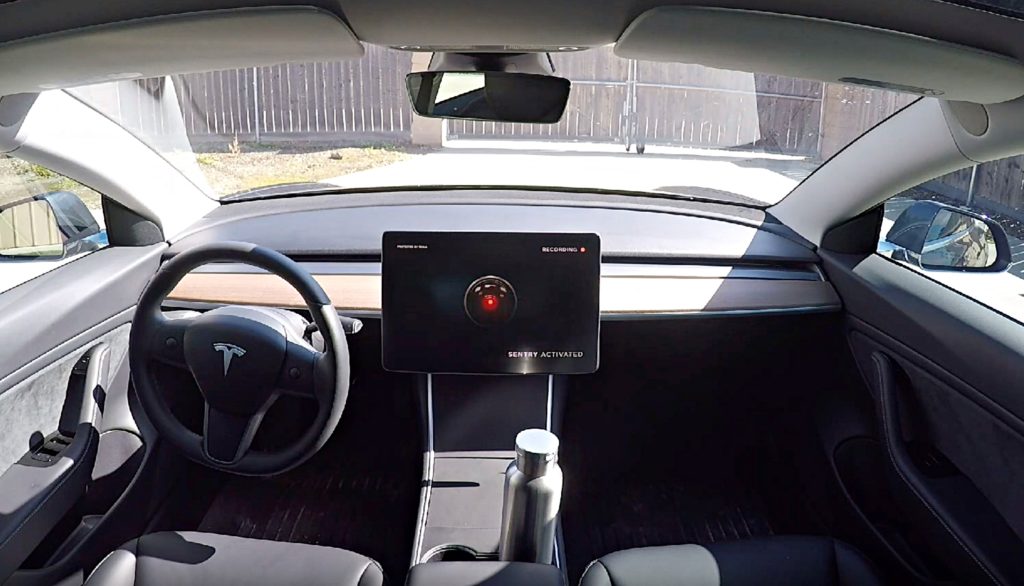 During his presentation, Kain noted that Scout allows Teslas to capture and analyze videos from their cameras using custom software and a $700 Nvidia Jetson Xavier mini-computer. The device utilizes Darknet as its machine learning engine, ALPR Unconstrained for recognizing license plates, and Facenet for tracking faces. The DIY device fits into the center console of a Model 3 or Model S, plugging into the vehicles’ dashboard USB port.

In a statement to WIRED, Kain highlighted that Scout uses software and hardware that is already available. “I’m not doing any cutting-edge AI. I’m just applying what’s already freely available, off the shelf,” he said.

The DIY solution allows Teslas to recognize and analyze license plate numbers and faces that are captured by its cameras, alerting owners if repeated plates and faces are detected. These alerts are then pushed through the IFTTT app. Kain notes that the system could have the potential to help Tesla owners, particularly those who have reason to believe that they are being followed or cased. “If it helps keeps someone safe, that’s great. If it lets me know that someone’s sneaking around my car, that’s also great,” he said. 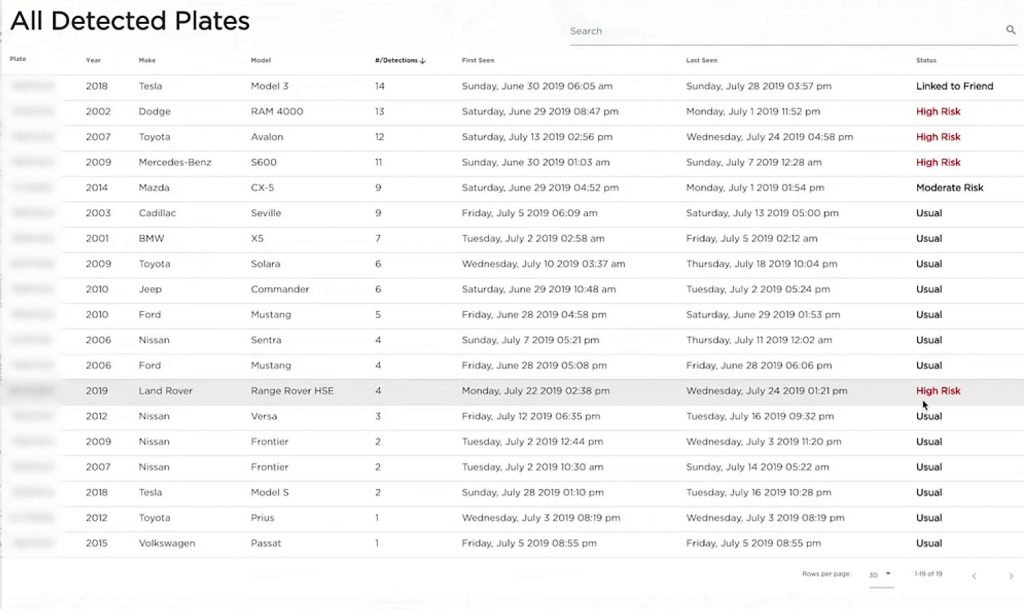 The potential privacy issues of such a project are notable. Scout essentially transforms a Tesla into a mobile surveillance unit, and this comes with potential ethical and legal issues. Automatic license plate reading capabilities will make Scout illegal in Arkansas, New Hampshire, Maine, and Georgia, for one, while its Google NEST-like facial recognition features will make it illegal in Illinois. And these are all before the idea of data sharing is discussed. That’s a completely different can of worms on its own.

In a message to Teslarati, Kain noted that the Surveillance Detection Scout is, ultimately, a means to raise awareness of what could be expected as more and more vehicles get Tesla-like security features. Tesla might be the only company that is constantly rolling out software updates like a Silicon Valley tech company, but with the advent of electrification, it will only be a matter of time before even veteran carmakers will jump into the internet-based active vehicle security bandwagon. 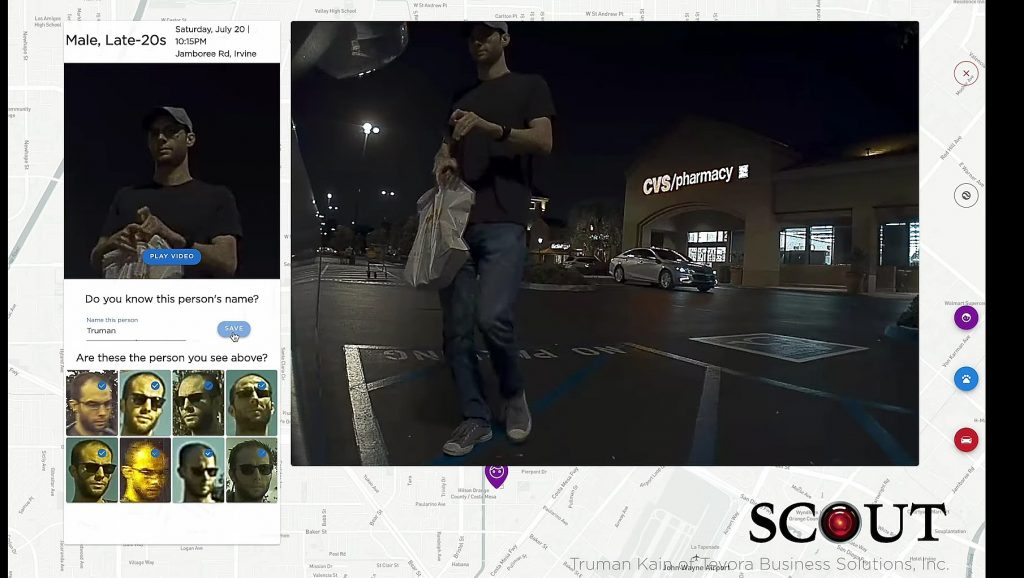 For Kain, among the worst-case scenarios would be a third party company creating a Scout-like device that would store customers’ data and sell them to market research firms. “There is a very real risk of some random guy like me or some small company having access to video and rich vehicle data for thousands or tens of thousands of Tesla’s if they package this up and market it as the ‘NEST cam for your Tesla’ – and like everything else these days, people would likely sign away the rights to the data in return for free service,” he mused.

While Tesla is not in the security business, Kain believes that it will only be a natural progression for the company to improve Sentry Mode to make it more robust. In a message, the security researcher mused that Tesla would likely introduce NEST-style capabilities, live viewing, and perhaps timeline reading, to its security features in the future. This is quite plausible, especially since Tesla already has access to its fleet’s data. The researcher noted that Tesla could, in the future, even monetize these upgraded security features as a paid service.

Overall, Kain states that he remains hopeful for Tesla and its future as a more prolific carmaker. “With all of that said, I love my car, support Tesla and Elon’s mission(s), and am simply trying to raise awareness around what may likely happen as more and more camera-equipped vehicles get on the road,” he wrote.

Watch a teaser for Scout’s capabilities in the video below.