Best known for the commercial success of its Ariane 5 workhorse rocket, European aerospace cooperative Arianespace was heavily critiqued in the latest annual report from France’s Cour des comptes (Court of Auditors) for what is perceived as an unsustainable and overly cautious response to the swift rise of SpaceX’s affordable and reusable Falcon 9 rocket.

The Ariane 6 rocket is at least a year from Launch, but already French auditors are asking how it's going to compete with SpaceX.https://t.co/7jCpGBrSXx

First spotted and discussed by Ars Technica’s Eric Berger, the French auditor’s 2019 report featured a full volume – 1 of 30 – dedicated to Ariane 6, a prospective next-gen Arianespace rocket selected for development by the EU in 2014. Despite the fact that Ariane 6 is at least a full year away from its first launch, Cour des comptes is already questioning the rocket’s ability to successfully make headway into an increasingly competitive market, competition that has already had a direct and tangible impact on Arianespace’s Ariane 5 launch vehicle.

“More than 50% of Falcon 9’s lifetime launches occurred in the last ~12% (24 months) of the rocket’s operational career.”

While other competitors certainly do exist, the fact remains that that said increase in launch market competition can be almost singlehandedly attributed to the rapid entrance of SpaceX’s Falcon 9 rocket onto the commercial launch scene. Despite major stumbles in 2015 and 2016 as a result of Falcon 9’s CRS-7 and Amos-6 failures, SpaceX appears to have dealt with the organizational faults that allowed them to occur, culminating in an auspicious launch cadence over the course of 2017 and 2018. While Falcon 9 has technically been flying since mid-2010, a full 38 of the rocket’s 64 successful launches were completed in the last 24 months, meaning that more than 50% of Falcon 9’s launches have occurred in the last ~12% of the rocket’s operational life.

Critically, a number of European nations settled on Ariane 6 as the successor to Ariane 5 in 2014, at which point Falcon 9 had launched just 13 times (7 times commercially) and SpaceX was more than 12 months away from its first successful rocket recovery and ~30 months from its first commercial reuse. To the credit of Arianespace and the EU nations that supported the prospective Ariane 5 successor, Ariane 6 may have actually been able to reliably compete with Falcon 9’s pricing if it had begun launching within 12-24 months of the 2014 decision to build it and if SpaceX had simply sat on its laurels and ended development programs.

“This new launcher does not constitute a sustainable response in order to be competitive in a commercial market in stagnation,” the auditor’s report states. The Ariane 6 rocket design is too “cautious,” according to the report, relying on mostly traditional technologies.

Coasting on the race track

Of course, neither of those prerequisites to Ariane 6’s success occurred. SpaceX successfully reused the same Falcon 9 booster three times in just six months by the end of 2018, while Falcon Heavy is set to attempt its first two operational launches just a few months from now. Ariane 6 is still targeting a launch debut no earlier than (NET) 2020, while a handful of extremely limited reusable rocket R&D programs continue to limp towards nebulous targets with minimal funding. Meanwhile, thanks to Arianespace’s French heritage and the major financial support of French space agency CNES, Cour des comptes is in the right to be highly critical of a ~$3.9B rocket development program likely to cost France at least $600M before the first launch. 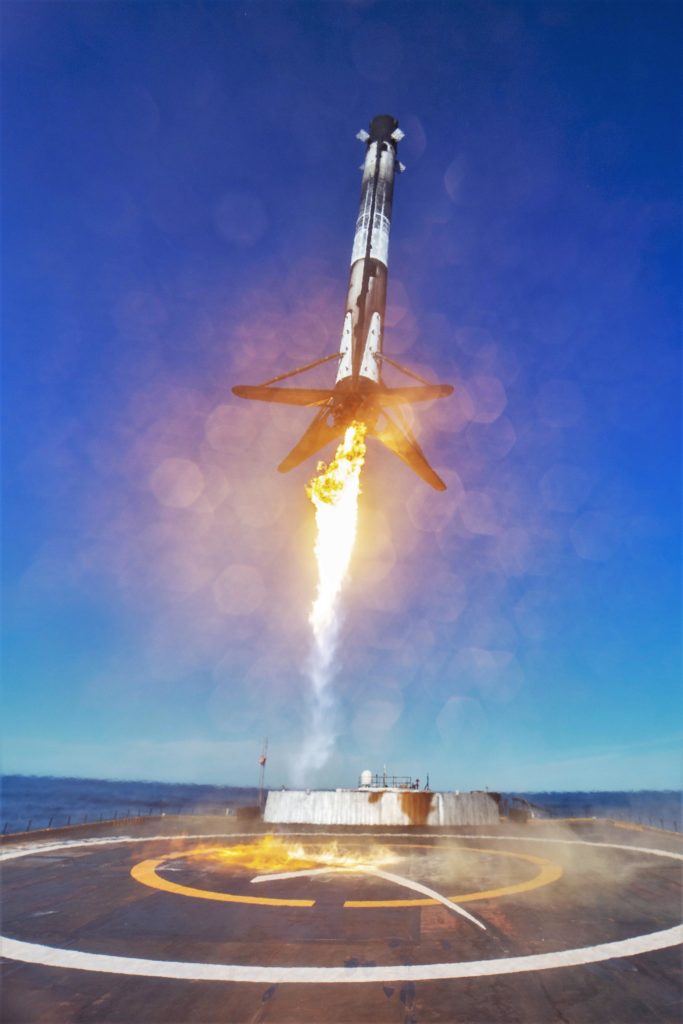 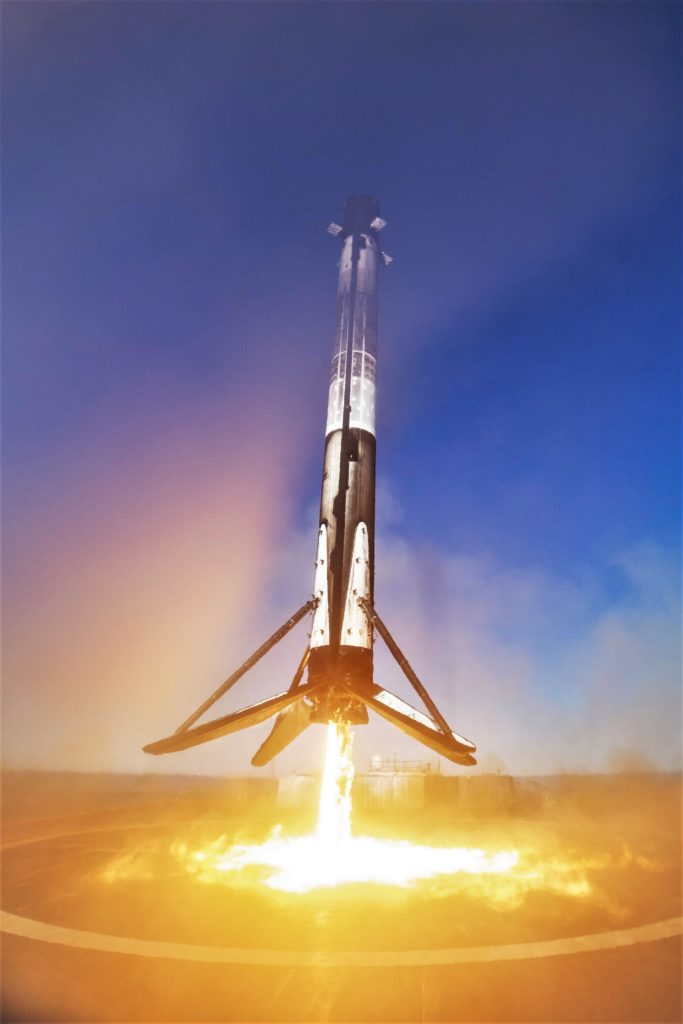 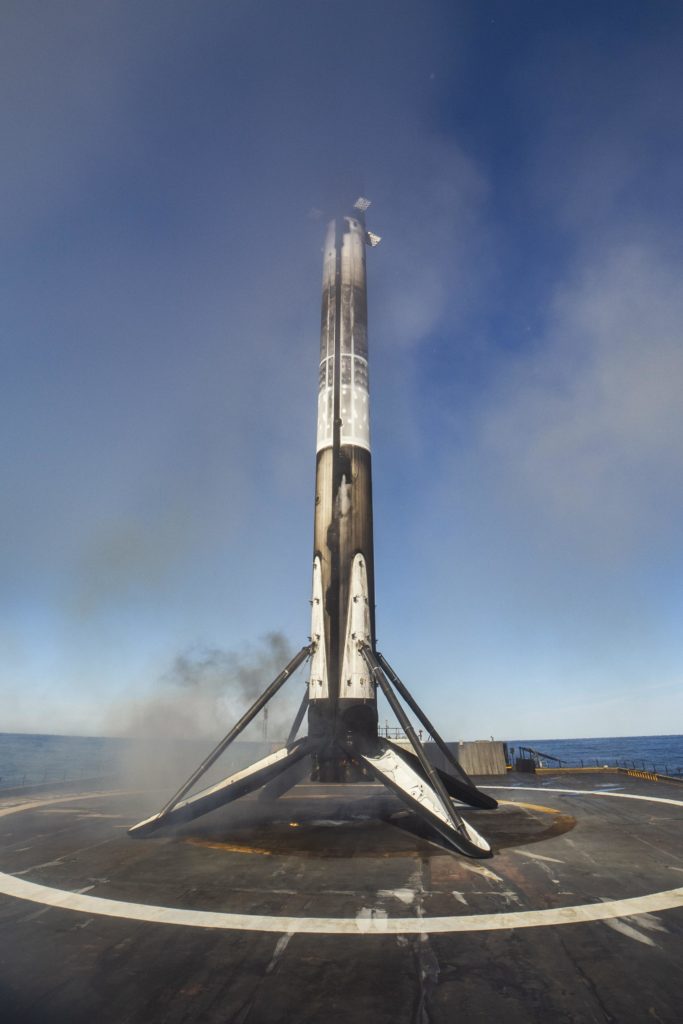 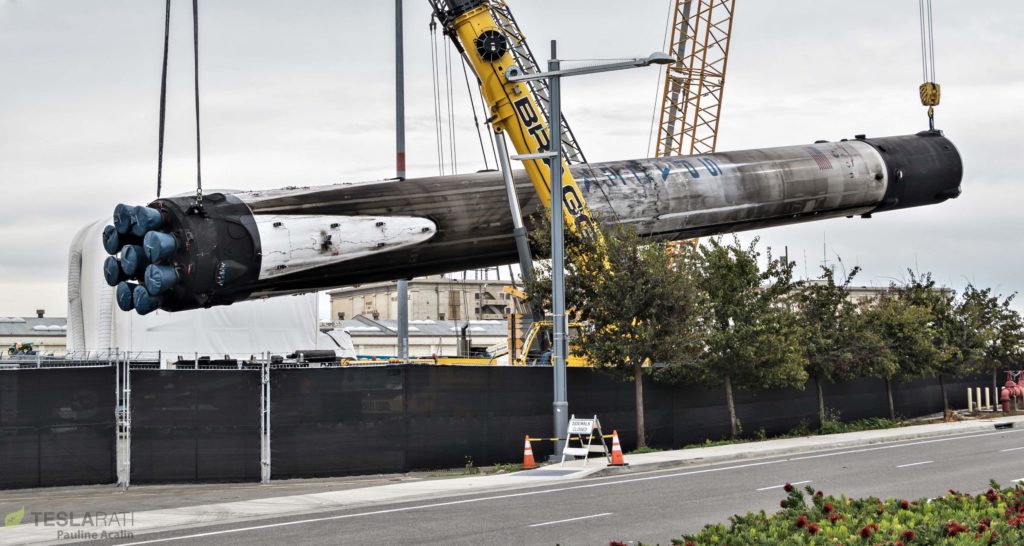 Once Ariane 6 is ready to launch, it’s aspirational pricing will all but guarantee an inability to compete on an even global playing field. Divided into two versions, A62 and A64, Ariane 6 will cost at least 75 million Euros (~$85M) for performance equivalent to SpaceX’s Falcon 9 in its reusable configuration (base price: $62M), while the heavier A64 variant – capable of placing two heavy satellites (11,500 kg) into geostationary transfer orbit – will cost at least 90 million Euros (~$102M) per launch. Admittedly, $102M to launch a duo of large geostationary satellites would be easily competitive with Falcon 9 with per-customer costs around $50M, but this only holds true if the imminent commercial introduction of Falcon Heavy (list price: $90M) is ignored.

However, the market for large geostationary satellites has plummeted into the ground in the last two years, over the course of which just 12 have been ordered. Arianespace thus faces a conundrum where its cheaper Ariane 62 rocket is already too expensive to compete commercially and the potentially competitive Ariane 64 variant is only competitive for a commercial launch market that has withered to barely a third of its nominal demand in just two years time. Acknowledged by France’s auditors (and noted by Mr. Berger), the most probable outcome for Ariane 6 is one in which the very existence of the rocket will be predicated upon continual annual subsidies from the European Space Agency (ESA) in order to make up for the rocket’s inability to sustain commercial orders beyond a handful of discounted shoo-in contracts.