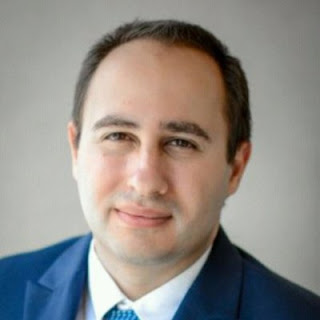 I’m Mikhael, I’m running for one of the open 2017 Issa International Director positions. My candidate biography and statement of goals that appears on the ISSA Election site is noted below.
I’m happy to speak with you about your ideas also for improving ISSA.  You can reach me via e-mail (mikhael at gmail.com) on Twitter (@mikhaelf) or on LinkedIN.

Mikhael Felker is Director of Information Security and Risk Management at Farmers Insurance. He started his relationship with the ISSA Pittsburgh Chapter as a graduate student member in 2006 and is currently an ISSA CISO executive member with the Los Angeles Chapter.
Mikhael served two years on the ISSA Los Angeles Chapter Board of Directors, contributed to the ISSA Journal, and taught bootcamp courses at the ISSA LA Summit for several years. He has worked in a number of industries including financial services/insurance, defense, health care, non-profit education, and technology/Internet, seeing first-hand the variance in information security culture and program maturity.
As an educator, Mr. Felker has taught courses at USC Engineering and UCLA Extension on information security and Internet technologies, respectively. He has shared his industry perspectives at numerous venues including RSAC, OWASP, PMI, CSA, YearUP, ISACA, LinuxLA, (ISC)2, and VC events.
Mikhael received his MS in Information Security Policy and Management from Carnegie Mellon University (as recipient of the NSF CyberCorps Scholarship for Service program) and BS in Computer Science from UCLA. His written work of 50+ publications has been featured in the ISSA Journal, Forbes, ACM, IEEE Security & Privacy, ISACA Journal, case studies, and a number of online magazines. He lives in Los Angeles with his wife, daughter, and dog and enjoys cycling. @mikhaelf
Statement of Goals

Voting for the ISSA International Board Election will begin on June 5, 2017. Members in good standing will be contacted with voting instructions and a secure unique login on the date of the election. All ballots must be received by June 19, 2017 at 11:59 Eastern Time.
Note: Voting instructions will be sent by e-mail to your e-mail address on file with ISSA International