Are Green Home Features Worth It? Real Estate Experts Weigh In 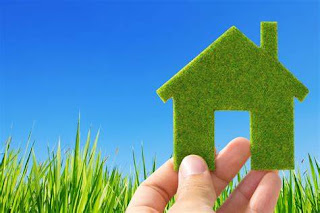 Let’s be honest – in 2020, the days have started to blur together. Many people may need to be more thoughtful about how they spend their money the rest of the year.
Investing the money in environmentally friendly enhancements for a home could be a good option. Not only can going Green save on monthly energy costs, it can ultimately help a home stand out when the time comes to sell.

“The environment is becoming a big priority in what people are looking for when they’re homebuying,” says Anna Lee Rindskopf, an agent with RE/MAX Traditions in Beachwood, Ohio. “Young buyers and millennials are known to be interested in green homes, but even older generations are looking to have efficient homes.”

With a variety of products available on the market, it can be difficult to know which features are worth the investment before listing a home for sale or after buying a home.

“There are tons of options out there right now – consumers need to be careful going after the new shiny object,” says Tony Iacoviello, an agent with RE/MAX Escarpment Realty in Ontario.

Iacoviello says working with an experienced professional can help.

“Real estate agents come in with expertise on what buyers are asking for,” he says. “With each listing, we do a thorough walk-through of the entire property, including giving a pre-home inspection so we know if there are any issues and what needs to be updated.”

Below, Rindskopf and Iacoviello sound off on which green home features could increase home value and cut energy costs and which enhancements could probably be skipped.

“There have been a lot of new advances in insulation in the past couple of years where it’s really going to keep the house more insulated and prevent any loss of heat,” Rindskopf says. “A lot of the newer insulation has sound-proofing qualities as well, which is nice.”

Upgrading insulation depends on the size of the home. Rindskopf says she recently upgraded her insulation for about $2,000, and quickly saw her utility bill drop. “I’ve also had homebuyers decide to upgrade insulation once they close on their house. It’s really going to pay for itself relatively quickly.”

According to Energy Star, homeowners can save an estimated average of 11% on energy costs by upgrading their insulation.

“Buying a new window is a fairly expensive endeavor, and in some cases, the increase in the insulation and home value that you’d get from upgrading isn’t that significant,” says Iacoviello. He adds that in some cases, it could be as long as 15 years before the energy-cost savings cover the original investment.

Compare that to updating an out-of-date furnace.

“If it’s an older house that has a furnace that’s 25, 30 or even 50 years old, you’re looking at getting all of your money back and then some if you replace it. Your monthly bill will go down significantly,” Iacoviello says.

In addition to home upgrades, many sellers consider remodeling certain rooms before listing their home. Whether or not to use renewable materials in the new design really comes down to personal preference, according to Iacoviello.

“Some people may think about installing sustainable hardwood flooring or materials for kitchen cabinets and countertops. For a buyer who’s really conscious about the environment, it may carry value,” Iacoviello says, “But not for the average consumer.”

One environmental product Iacoviello suggests sellers consider using is paint labeled “low VOC” or “no VOC.” VOC stands for volatile organic compounds, so the fumes from these products are less harmful to breathe in.

Rindskopf is quick to say that she advises clients who are interested in solar panels to speak with an expert in the field.

“But I personally think they’re really cool,” she says. “I could imagine some buyers would see that as a nice bonus feature of the property.”

Iacoviello also encourages homeowners to do research before installing the panels.

“It’s kind of hit or miss,” Iacoviello says. “We’re still in the infancy of that technology so while it looks really cool, it might not be delivering the results you expected.”

For example, solar panel technology might not work in areas with less sunshine or even colder climates.

“While they're being advertised as something amazing in California, they may not work here in Northern Ontario,” Iacoviello says.

Verdict: Nice to have

Smart home technology can have a big impact on a homeowner’s carbon footprint, but it probably won’t increase the property value. It’s a good option for eco-conscious buyers to consider adding once they move in.

Smart thermostats, such as Nest, start at $180 and work by automatically adjusting the temperature to a homeowner’s preferences and typical usage. For example, the home won’t be heated during work hours when the home is empty.

“I would say they're all pretty reasonably priced and definitely pay for themselves over time,” says Rindskopf. “Plus, they keep your environment regulated and comfortable, which also has value.”

Another energy-saving option is a device that adjusts lighting, such as the Kasa Smart Wi-Fi power outlet. Many connect to an app that helps homeowners control lighting on-the-go.

“If you’ve left your house and realize you left the lights on, you can turn them off when you’re away,” Iacoviello says.

The apps can also set lights to timers, so they automatically turn off or on during certain hours of the day.

Whether or not energy-saving upgrades move the needle on a home’s price ultimately comes down to how the property is marketed.

“A lot of these improvements aren’t things a buyer can see when they walk into a home,” Iacoviello says. “Home shoppers can’t see by looking at a furnace whether it’s high or low efficiency. They can’t tell by looking at a window whether it’s properly insulated or not.”

This is another way agents can help homeowners leading up to and during the sale.

“Once those improvements are made, an agent can help you really highlight the changes so buyers can see the value of what you’ve done to your home,” Iacoviello says.

Iacoviello has seen buyers pay $20,000-$30,000 more for a home with the proper upgrades, especially when compared to homes that may need some more work.

Even in more competitive markets, such as the Cleveland area where Rindskopf primarily operates, green features can help a property stand out.

“I’m noticing energy-efficient features really set a home apart to buyers, especially when we’re narrowing down properties to tour in person,” she says.

She adds that going green is about more than being competitive when buying or selling a home.

“Reducing our carbon footprint is one of the biggest issues you hear people discuss today,” Rindskopf says. “There’s really minimal downside to making your home green. It’s great for your wallet and great for the environment. And you can feel socially responsible about the way that you’re living.”


This post first appeared on Re/Max Preferred Choice, please read the originial post: here
People also like
Holcim Philippines shares contributions to environment stewardship in govt, private sector talks
“The Friend Who May Not Seem a Friend” – The Cat and the Fire, Post 2 of 3
11 Ways to Use Content Marketing in Every Stage of the Sales Funnel
It’s Me – Chapter 9

Are Green Home Features Worth It? Real Estate Experts Weigh In