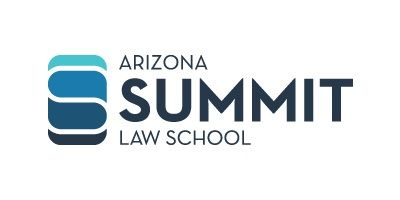 Summary: Arizona Summit Law School had its accreditation fully removed by the ABA in one quick action.

The American Bar Association had moved to quickly kick out Arizona Summit Law School. The governing body filed the report to remove the fully accredited law school’s stamp of approval, the first time the ABA has done this, according to Law.com.

Kiran SSC Math’s 8900+ Chapterwise PD…
CBD 2020: What to Expect + Our Top Pr…
What Marathon Running and Successful …
Highlands, Buttermilk Opening and Sum…
Africa to be the “Game Changer” of th…

The ABA announced their intentions June 8. Arizona Summit Law School has until June 21 to submit a “teach out plan” while the ABA lays out a plan to cease operations. The ABA’s Council of the Section of Legal Education and Admission to the Bar cites the Phoenix law school for problems with admissions and program shortcomings.

Arizona Summit Law will appeal the order, which could push the date for the plan back. Arizona Summit President Donald Lively told the Arizona Republic, “We have done exactly what the ABA asked us to do: increased admission standards, revamped curriculum to ensure rigor and fortified academic support.” He called the ABA’s actions “unduly harsh” since the law school is making the efforts to meet their demands and meets the current bar pass standard.

Arizona Summit was put on probation over a year ago for multiple problems. ABA managing director Barry Currier said, “When the Council or the Accreditation Committee concludes that a law school is operating out of compliance with a standard, the school is given time to act and demonstrate that it is back in compliance. These opportunities were afforded Arizona Summit Law School.” Currier claims the school has been out of compliance for over two years.

Following a May 10 hearing, the council voted to remove the law school’s accreditation. That was the same day InfiLaw Corp., the owner of three law schools including Arizona, filed its first of three lawsuits against the ABA.

The American Bar Association has been cracking down on underperforming law schools. At least ten law schools have been cited for issues but most come back into compliance within a year. InfiLaw claims they are being targeted by the ABA, treated differently than other law schools. The latest bar passage rates released in March showed that Arizona had the second lowest “ultimate bar pass rate” of all accredited law schools, which refers to graduates who pass the bar exam within two years of graduating. Arizona Summit had a rate of 60 percent.

Do you think for-profit law schools are such a bad thing? Share your thoughts with us in the comments below.

To learn more about the lawsuits against the ABA, read these articles: