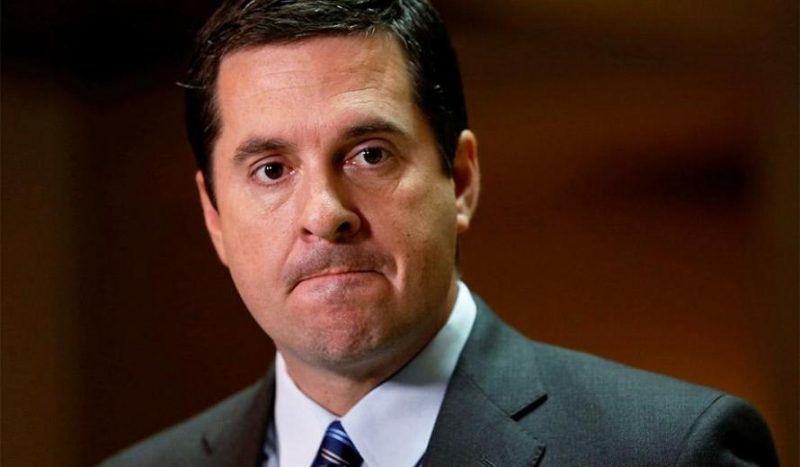 Summary: The controversial Nunes memo was released on Friday.

The much-discussed Memo written by Republican state representative, Devin Nunes, has finally been released. Nunes, chair of the House Permanent Select Committee on Intelligence, researched the current probe about President Donald Trump’s alleged ties with Russia; and in the memo, he claimed that the investigation was corrupted.

Beer for Breakfast, and Other Lessons…
Amazon Scams And Dirty Tactics For CB…
NIAGARA COUNTY BITES BACK AT BED BUGS
Jungle Village, Plains, Flower Forest…
Do I really have an addiction?

Trump declassified the memo on Friday, which Democrats decried and Republicans appeared divided on. The four-page memo claimed that the FBI was in league with Trump’s political rival Hillary Clinton and that then-FBI Deputy Director Andrew McCabe would never have approved a warrant for the surveillance of Carter Page, a Trump advisor, if not for the dossier from Christopher Steele, who has also been accused of being tied to Clinton.

FBI Director Christopher Wray opposed the memo’s release. He stated that declassifying the memo could compromises sources and the bureau’s investigation methodology.

While all Democrats opposed the memo’s release, the GOP had mixed reactions. House Speaker Paul Ryan and Senate Majority Leader Mitch McConnell said that the memo needed to be public, but Arizona Senator John McCain said that the memo was “an attack” on the FBI.

“The latest attacks on the FBI and Department of Justice serve no American interests – no party’s, no president’s, only Putin’s,” McCain said.

On Friday, Trump told Congress that he condemned the mainstream media for siding with Steele, a conclusion from the Nunes Memo.

“I think it’s a disgrace, what’s going on in this country,” Trump said. “I think a lot of people should be ashamed of themselves, and much more. It’s a disgrace.”

Democrats argued that the memo was misleading because it implied that the Trump-Russia probe begun because of the Steele dossier, which they said was not true. Steele, a British intelligence expert, wrote a lengthy document that said in 2013 Donald Trump visited Russia and was compromised after a night with prostitutes. Republicans stated that Steele’s report was biased because it was commissioned by the research firm Fusion GPS through the law firm Perkins Coie by Marc Elias, a lawyer for the Clinton campaign and Democratic National Committee.

Senator Mark Warner, a Democrat and chair of the Senate Intelligence Committee, said that the Nunes memo was misleading because it did not include evidence that did not support his conclusions.

“Unlike almost every House member who voted in favor of this memo’s release, I have actually read the underlying documents on which the memo was based. They simply do not support its conclusions,” Warner said.

“I am determined that we will fully and fairly ascertain the truth,” Sessions said.

What do you think of the Devin Nunes memo? Let us know in the comments below.

Custom Bookmarks Work For Your Business