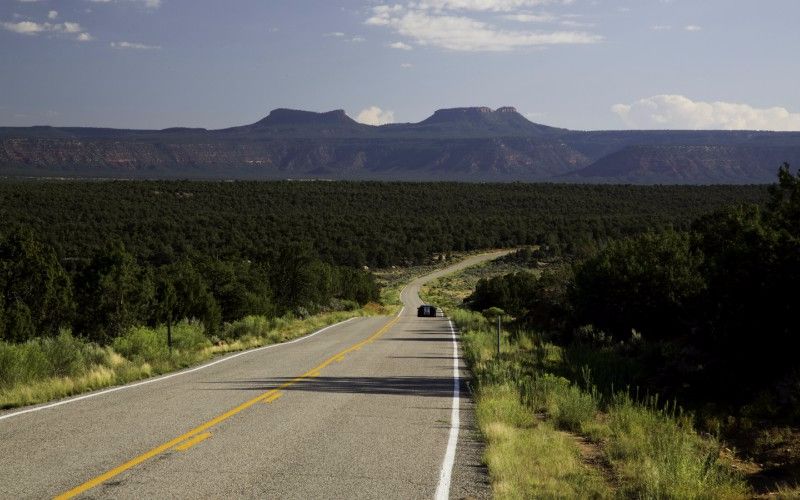 Summary: President Donald Trump announced his changes to the sizes of two national monuments in Utah during his visit over the weekend.

The Trump Administration began its review of National land months ago with everyone anticipating and predicting which National Monuments would get the cut. First on the docket were two large monuments in the state of Utah – Bears Ears and Grand Staircase-Escalante.

Environmental and Native American groups are not happy about President Donald Trump’s decision to get rid of a large portion of land from each monument. They do not feel that the president has the power to do so even though the Antiquities Act of 1906 allows a president to create national monuments without the support of Congress. The lawsuits filed against the Trump administration on Monday argue that Congress must authorize any changes to federal land. A federal lands law from the 70s indicates that Congress has the power to reduce or nullify a national monument. Attorney general for the Navajo Nation, Ethel Branch, said, “There is nothing in the Antiquities Act that authorizes a president to modify a national monument once it’s been designated.” However, previous presidents have made small changes to monument boundaries without issue.

The administration and leaders in Utah in support of the changes say that the state will now have control over the land and what happens to it instead of the government. Some land will likely be protected while others may be allowed to be developed on.

Patagonia, an outdoor clothing and gear retailer, plastered a statement on its website read: “The President Stole Your Land. In an illegal move, the president just reduced the size of Bears Ears and Grand Staircase Escalante National Monuments. This is the largest elimination of protected land in American history.”

The argument over the Antiquities Act, signed into federal law by Teddy Roosevelt, was supposed to stop the pilfering of ancient Indian artifacts from public land. However, the law states that the sites should be protected using the smallest amount of land possible. As Interior Secretary Ryan Zinke said, “The Antiquities Act was never intended to prevent, it was intended to protect.”

Bears Ears was 1.3 million acres in size, something that a lot of locals had an issue with. San Juan County Commission Chair Bruce Adams said Trump “listened to the local people, even though they weren’t millions of voters, only 15,000 people in our community. He understands what rural communities are about.” The change in classification of the land will allow for others things to be done with the land, such as cattle grazing or mining.

Utah is roughly two-thirds of federally owned land with seven large monuments. The administration is reviewing 25 other large monuments, some of which are in Oregon and Nevada. The reason for the review is a suffering National Park Service department. The service is currently facing a $12 billion maintenance backlog, meaning that there are buildings, roads and bridges crumbling throughout the protected lands that cannot be repaired or replaced because of a lack of money.

When former President Obama designated the Bears Ears National Monument, already federal land, he placed the responsibility of maintaining on the Park Service when other agencies such as the U.S. Forest Service and Bureau of Land Management, were successfully managing the land. The land could now be open to more uses like hunting, fishing, camping, and outdoor recreation.

Do you think some of the national monuments are too large in size or should they be larger to further protect the lands? Share your thoughts with us in the comments below.

To learn more about issues over the designation of land, read these articles: