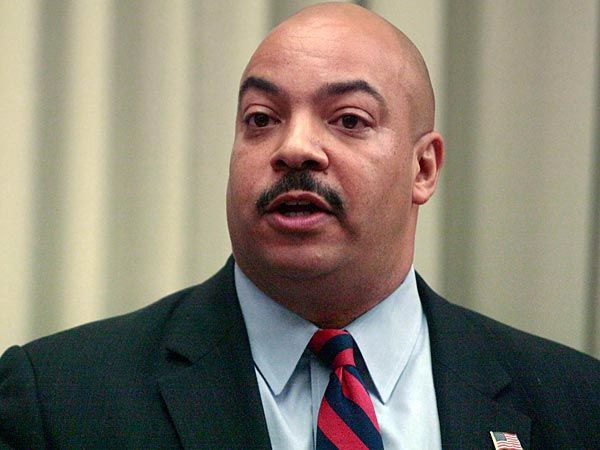 Summary: Philadelphia’s former district attorney was sentenced Tuesday to five years on one count of accepting a bribe.

Former Philadelphia District Attorney Seth Williams received a term of another sort on Tuesday. The Democrat served two terms as the city’s first black DA before ruining his reputation. Williams, as a DA, went after municipal corruption, only to turn out to be one of those politicians that was corrupt. Now he is sentenced to serve a five year term behind bars.

Williams did not speak during the sentencing hearing, instead opting for his attorney to read his statement where he apologized for his actions and admitting he failed the people of Pennsylvania. The statement read, “Rather than holding myself to a higher standard, I squandered that trust placed in me.”

U.S. District Judge Paul Diamond had harsh words for Williams, giving him the maximum sentence. He said Williams “humiliated” his office and the city by giving in to “parasites.” He continued, “Your profound dishonesty has to be deterred.” He ordered Williams to be imprisoned immediately.

The investigation into Williams’ finances had been going on for about two years before the wide-ranging indictment came out. He was charged with accepting cash and gifts, misusing city vehicles, misappropriating money intended to cover his mother’s nursing home bills, and fraudulently using thousands of dollars from his campaign fund for personal expenses.

Williams was sentenced on the one count he plead guilty to during the middle of his June trial. His plea was a surprise since the trial was still going but the testimonies being presented did not paint a pretty picture of Williams. It was revealed that he accepted gifts like a luxurious vacation to the Caribbean and a Jaguar convertible. The evidence against Williams was damaging so he decided to take the hit on one count of accepting a bribe from a businessman. The businessman admitted to giving Williams a $3,000 sofa that he requested in text messages plus thousands of dollars in cash.

There were 29 counts of bribery, fraud and extortion against Williams but the other 28 counts were dismissed after he entered his plea even though he admitted to committing the offenses. He was forced to surrender his law license when he was indicted in March, naming his chief of staff as the acting attorney general in the meantime. Larry Krasner, a civil rights attorney, has since won the Democratic nomination for the position and is expected to win the election against the Republican nominee Beth Grossman.

Williams is not the first politician from Philadelphia that has fallen under the spell of corruption. Former Democratic U.S. Rep Chaka Fattah was found guilty last year in a racketeering scheme. Others convicted of corruption include a former speaker, four other members of the Pennsylvania House of Representatives, a city councilman, and two members of the Pennsylvania Senate. Former Attorney General Kathleen Kane was convicted of two felony counts of perjury and seven misdemeanor charges for unlawfully leaking grand jury materials for political payback, which she then lied about. She was sentenced last year to 10 to 23 months in prison.

Do you think five years is an appropriate sentence for what Williams did? Share your thoughts in the comments below.

To learn more about Williams’ case, read these articles: