y 1807, Simon Taylor’s anger was running hot. This old slaveholder was, by then, approaching seventy, and the abolitionist campaign, which he had vehemently opposed since it first began two decades earlier, was on the brink of a major success. After many years of debate, the parliament in London was poised to put an end to the slave trade. 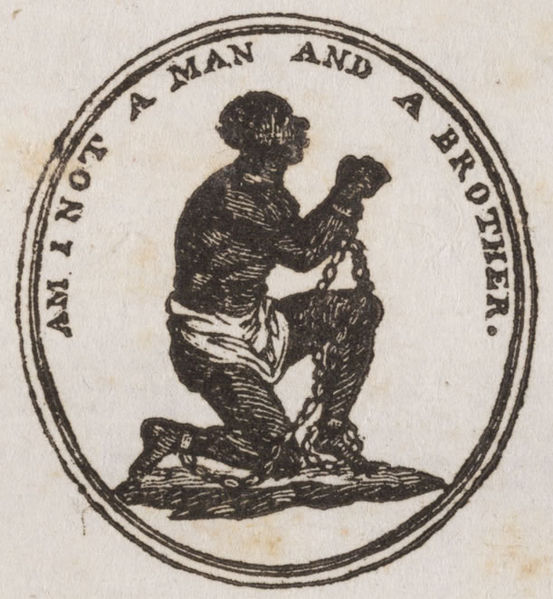 Image Credit: Am I not a man emblem used during the campaign to abolish slavery, 1788, designed by William Hackwood. Public Domain via Wikimedia Commons.

This pitched Taylor into a state of incandescent fury. From his home in the British colony of Jamaica, he had long raged against abolitionists. To him the figurehead of the anti-slave-trade campaign, William Wilberforce, was a “hell-begotten imp”, spreading ‘infernal nonsense’. Taylor had never been able to understand Wilberforce. He continually expressed outrage that such a man had misguidedly taken up the interests of “negroes” against those of white colonial slaveholders. “Am I not a man and a brother?” was the slogan of the abolition movement—accompanied by the image of a kneeling African, begging for help. It was a message that grabbed imaginations and changed perceptions. And, for a man like Taylor—whose wealth was based on buying, selling, and exploiting enslaved Africans—it was nothing less than a disaster.

Taylor’s view of empire was built around the principles of white supremacy and white solidarity. To men like him, the only people who could be considered “natural born subjects” of the British Empire, and therefore deserving of its care and protection, were whites; he considered black people merely as items of property. He struggled to understand how any truly patriotic Briton could see things differently. How could the British public and parliament fail to see that colonial slaveholders were the most precious and useful inhabitants of the empire? How could they prioritise the welfare of black slaves over the interests of such fellow white Britons?

Taylor was born in Jamaica in 1740, into an empire that seemed to belong to wealthy Caribbean slaveholders. The eldest son of a Kingston merchant, he was sent to school at Eton before returning to Jamaica in 1760, taking over the family firm, and branching out into the sugar business. He was investing in the most lucrative and dynamic part of the eighteenth-century British imperial economy. Sugar planters were notoriously wealthy, Caribbean sugar was Britain’s most valuable overseas import, and the enslaved Africans whose labour made all of this possible were treated as a disposable resource. Taylor bought and developed three huge plantations—which, like all British sugar estates, were worked by hundreds of enslaved workers, imported to the Caribbean colonies from West Africa via the transatlantic slave trade—becoming one of the richest and most influential British sugar planters of his generation.

Taylor was middle-aged by the time that the abolition movement emerged. At first, he saw it as a naïve and sentimental outpouring of emotion that would soon wither, once sensible men of business exposed its absurdity. But by the time he entered his sixties, abolitionism (coupled with revolutionary uprisings by enslaved people throughout the Caribbean) had forced him to accept that the world of plantation slavery that he had worked all his life to sustain was more vulnerable than at any time he could remember. “I am glad I am an old man”, he grumbled in a letter to an old friend, confessing that he was “really sick both in mind & body at scenes I foresee”.

Soon after, on receiving the long-anticipated news that parliament had reached its momentous decision to put an end the slave trade, his reaction was predictable. He felt “really crazy”—”lost in astonishment and amazement at the phrensy which has seized the British nation”. Of course, parliament had only abolished the trade in slaves across the Atlantic. (By the time concrete plans were laid to end slavery itself, Taylor had been dead for two decades.) But the abolition of the slave trade in 1807 was, nonetheless, a major political setback for British slaveholders that dealt a significant blow the wider system of slavery. It might be tempting, then, to view Taylor’s rage as the behaviour of a man failing to come to terms with irreversible defeat. Perhaps, then, we could take comfort in the knowledge that Taylor and the world of slavery that he built with such self-confident conviction and defended with such venom are now safely in the past. That, however, would be unjustifiably complacent.

The post On White Fury appeared first on OUPblog.