To mark the release of Vanishing Bone, in Part One of our Q&A with Dr. William H. Harris we discussed the fascinating story of how he came to identify, and later cure, the severe bone destruction affecting individuals who had undergone total hip replacement surgery.

How to Develop an Educational App?
Chatfuel Vs BotMyWork Chatbot Builder…
Don’t Forget to Brush Your Fur
Pour Over vs French Press – Which Bre…
How to Leverage Entrepreneurship and …

In this second interview, Dr. Harris reflects on his remarkable Career; including what inspired him to pursue orthopaedic surgery, how he balances his two roles as a surgeon and clinician-scientist, and his advice for aspiring surgeons.

What inspired you to become a physician and later, what led you to specialize in orthopaedic surgery?

I was inspired to become a physician primarily through unbounded admiration for my father. Initially he had been a general practitioner and then during the depression he undertook additional training in radiology.  Although he adored being a radiologist and, indeed, was an excellent radiologist, he never lost the original instincts of being a general practitioner. A striking example of this was his common practice of leaving the radiology department to go anywhere throughout the hospital to do his own examination of the Patient under circumstances when he felt that his ability to accurately interpret the x-rays without seeing the patient was compromised. This was, at that time and remains now, a most uncommon attribute. He loved being a physician and that showed through in every feature of his life. It also inspired me. 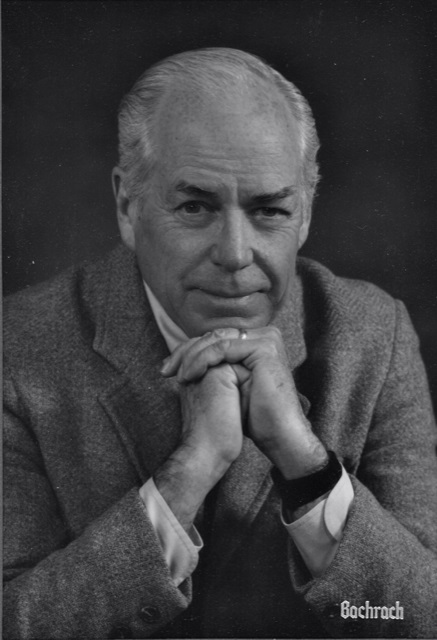 My original interest in the field of orthopaedic surgery grew from an unusual experience. My dad had told intriguing stories of his time during World War I in France when he had at his command a motorcycle. My brother and I begged for a motorcycle during our teenage years, requests which were always rebuffed with an explanation of the high risks involved. To prove his point, dad took me to the hospital on a Sunday afternoon and into the operating room to observe a patient badly damaged by a motorcycle accident. Among other things, the injury to his hand had stripped the skin off a large segment of his wrist, hand and fingers. When I saw the complex and intricate anatomy of the hand and could envision the interplay between that anatomy and the function of the hand, I was hooked. The devotion to details of human anatomy and its broad interrelationships to human function at all levels has sustained my career over all these decades.

You created the ‘Harris Hip Score’, and you performed the very first total hip replacement in a patient with a total congenital dislocation of the hip – among many other achievements. What do you consider to be the most defining moments of your surgical career?

The development of the Harris Hip Score, which is used worldwide in evaluating hip function both preoperatively and postoperatively, grew out of the compelling need, if true progress was to be made,  for a rigorous method to quantify the effects of hip disease and of hip surgery. There was substantial dissatisfaction with previous efforts along this line, and so I introduced the concept of the Harris Hip Score early in my career (1969), the same year I founded the Harris Orthopaedic Laboratory.

Another defining moment was the initiation of and the pursuit of (over six decades) the prevention of fatal pulmonary emboli following hip surgery. At the beginning of total hip replacement surgery 2 percent of all patients died of a fatal pulmonary embolus. That really is one patient out of every 50 operations. This is a terrible price to pay for the surgical solution of a non-malignant disease, arthritis of the hip. Following my initial efforts, through the massive efforts of our research and the work of many investigators, this risk has been virtually eliminated. The current risk is very close to zero, three patients out of 1000.

Yet another rewarding area of contribution was that of my work on implant designs which is for total hip replacements.  Among many of these advances, particularly satisfying is the design of the cement-less hip socket which Jorge Galante and I designed, now the worldwide standard, adopted by every manufacturer.

But perhaps the most surprising answer to your question would be this: the training and inspirations transferred to a most remarkable group of 100 highly talented young hip surgeons, the Harris Hip Fellows. Their contributions and their successes are my most enduring legacy.

Follow your dream. Select a career that simultaneously stimulates and challenges you. Be excited by what you are doing and do exciting things.

In addition to being an orthopaedic surgeon, you are also a researcher and have authored over 500 scientific articles, and several books. How do you balance the very different characteristics needed to excel in a patient care setting, versus those needed in a research environment?

The rewards, both intellectual and emotional, of being a clinician scientist can be very rich, especially so are the potential rewards to a surgeon-scientist. The surgeon-scientist is both emotionally and intellectually driven by his or her failures, but is also provided the opportunity of taking the limitations and failures that he sees his own patients into a laboratory setting to see if creative efforts can solve those problems. But the key requirements for success in each endeavor, namely surgery versus innovation, are vastly different. In the first instance the surgeon must instil in the patient a deep sense of trust, and important interpersonal attribute. Then he or she must combine technical skills with a crisp capacity at decision-making and extensive equanimity under intense pressure. The results of the surgeons’ labor are generally fully recognized at relatively short durations after the operations. Society demands of the surgeon that only those operations with a high probability of success should be undertaken.

Contrast that with the requirements for successful innovation. If the investigator only does those things which have been shown to work in the past, the entire adventure is a failure. The innovator, by definition, is only successful if things which have never been done before can be brought to fruition. In contrast with the surgeon, the innovator has the freedom to run 100 different trials to see which path has the greatest success. The interplay of these two remarkably different, and challenging, forms of human endeavor makes the role of the surgeon-scientist uniquely intriguing.

Finally, what advice would you give to any new surgeon trainees?

Follow your dream. Select a career that simultaneously stimulates and challenges you. Be excited by what you are doing and do exciting things.

A fundamental necessity is to seek and obtain the best possible surgical training in a very rigorous program dedicated to the highest possible standards. It is also key to foster and sustain an abiding interest in continuously improving both the craft of surgery itself and your skills in that craft. Finally, it is essential to retain a deep commitment to every human being in your care. Within those parameters, follow your dream. Select a career that simultaneously stimulates and challenges you. Be excited by what you are doing and do exciting things.