Vermeer and violins: science and art—strange bedfellows or partners in crime?

When Einstein claimed his theory of relativity came from a musical insight, no one blinked twice.  Of course music could inspire scientific insight.  But the reverse idea is often fraught with baggage. Artistic circles often feel that Science is more threat than ally.

Neo joins hands with St.Petersburg St…
Testing 1,2,3. Checking in to see if …
Beautiful Celebrity Couple Pics
Why Affiliate Marketing For Seniors I…
Promote the Common Good

The film Tim’s Vermeer chronicles the story of how engineer and inventor Tim Jenison set out to uncover the mystery behind the mystical photographic realism of Vermeer—down to grinding his own lenses, mixing his pigments following 17th century methods and building an exact replica of the room depicted in Vermeer’s painting The Music Lesson.  Jenison demonstrates how Vermeer might have used a lens and two mirrors to aid his own sight. 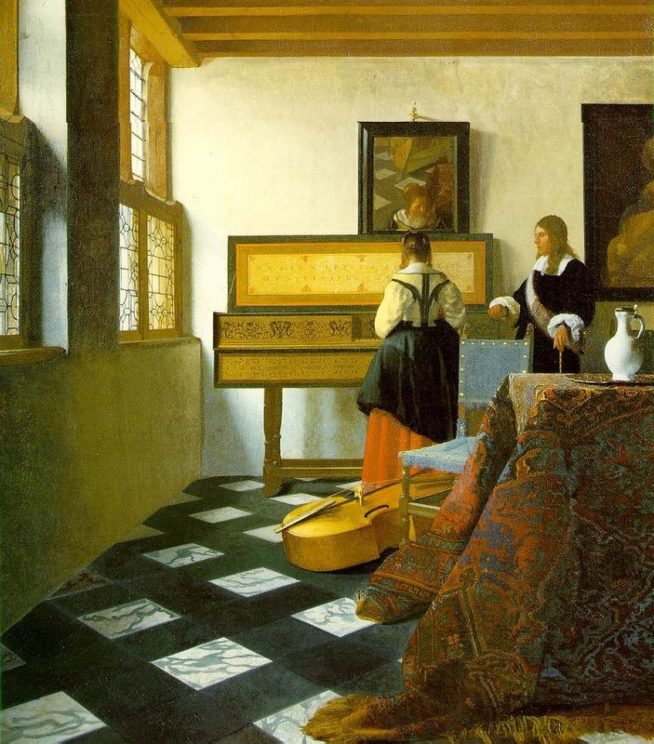 Image credit: “The Music Lesson” by Johannes Vermeer. Circa 1662–1665. Public Domain in the United States via Wikimedia Commons

While art critic Jonathan Jones does not dispute the fact that Vermeer may have used optical devices in his studio, he indicts Jenison for missing the point of Vermeer’s genius–for confusing replicating art with creating it. “It is arrogant to deny the enigmatic nature of Vermeer’s art. If this art looks ‘optical,’ it can also look abstract. It is an act of seeing nature, not a work of copying it. Whether or not he made use of optical instruments, Vermeer looked at the world with a uniquely penetrating eye. He was able to paint what he saw with a delicate hand.”

Modern violin makers criticized Carleen Hutchins, the 20th century American female who applied acoustical physics to violinmaking and then invented a new family of violins, for “bringing science into the workshop”—even though it was already there. To separate acoustics from music is akin to separating the colors of the rainbow from the air itself.

Among her most celebrated scientific experiments, Hutchins applied Chladni patterns to “tune” violin plates. When a plate, sprinkled with sand or glitter, is vibrated, granules fall away from vibrating places and fall on to nodal lines, places where the plate is not vibrating, revealing different wildly beautiful geometric patterns at different frequencies—the reverse image of vibrating plate, like an old photographic negative. Hutchins used these patterns to guide her in carving archings and thicknesses of her top and back plates.

By comparing old violins with her new ones, Hutchins overturned centuries-old beliefs that violins made by old masters were inherently better. By using science to make more resonant, dynamic sounding instruments, Hutchins re-introduced acoustics into a violin dealing world that had focused on labels, (often fraudulent), provenance (who owned or played an instrument) and “expert” dealers who dictated value—rather than on how an instrument sounded.

The results of Hutchins’ use of science in violinmaking cannot be denied. She created a new violin family with more acoustical power, resonance and dynamics than the traditional quartet instruments—not to mention creating a whole new palette of sound from eight graduated-sized violins spanning the tonal range of a piano—a sound palette including colors and timbres never heard before in stringed instruments.

In much the same manner that Jones dismissed Jenison for missing the inner genius and penetrating eye of Vermeer, luthiers, dealers, and musicians missed the point with Hutchins, dismissing her—and her revolutionary violin octet—as arrogance flying in the face of the genius of the Old Italian Masters.  Instead if listening to her violins with open minds, critics were only too ready to reject her work out of some irrational fear that science might somehow pollute art.

Hutchins never implied that a Chladni pattern—or any scientific method—would automatically replicate the sound of an exquisite Stradivari.  She suggested that her scientific experiments showed her another way to understand just one aspect of violin acoustics that the Old Masters must have found through “feel”—intuition born of thousands of hours spent carving and testing violin plates—organic wisdom learned through the repetition and perfection of craft. 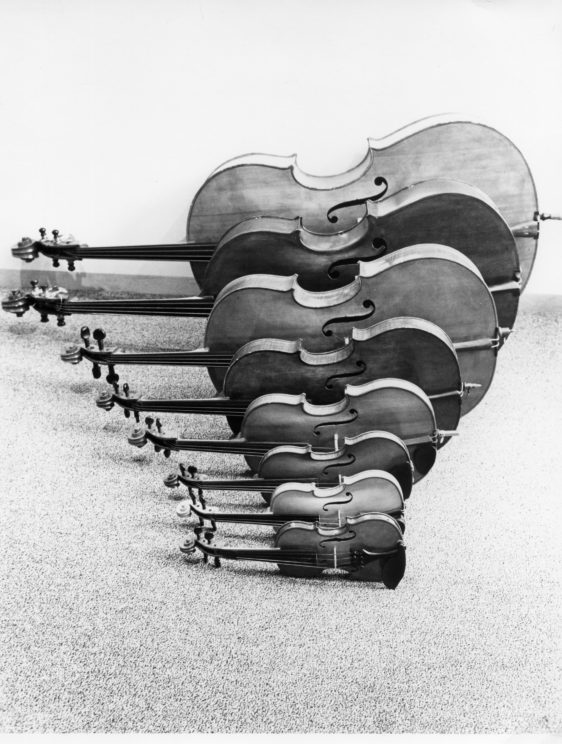 Vermeer’s inner eye produced his timeless art that continues to teach us to see with every moment we gaze at The Music Lesson.  In much the same way, sand patterns could never replace what a luthier learns and comes to know intuitively through trial and error. But like the lens and the mirror for Vermeer, sand patterns served as a guide, a stepping-off point to create something totally new made possible through the tools of science. Vermeer and Hutchins—a new palette of color and a new palette of sound—are science and art strange bedfellows or partners in crime?

The post Vermeer and violins: science and art—strange bedfellows or partners in crime? appeared first on OUPblog.

Vermeer and violins: science and art—strange bedfellows or partners in crime?