Pathogen contamination in a clinical laundry facility: a Q&A with Karen E. Michael

The cleanliness of hospital environments, including bed sheets and patient gowns, plays a large role in the prevention of the spread of disease to hospital workers and other patients. To learn more about how bacterial pathogens are kept in check and the effectiveness of clinical laundry services in removing these bacteria, we asked Karen E. Michael, PhD candidate and an author of FEMS Microbiology Letters article “Clostridium difficile Environmental Contamination within a Clinical Laundry Facility in the USA”, to answer some pressing queries.

What is Clostridium difficile?

C. difficile is a bacterial pathogen that is the number one cause of hospital-acquired diarrhea. If a person has a C. difficile infection (CDI), they may not show any symptoms or outward signs of infection but are able to shed the bacteria. People with C. difficile-associated diarrhea can shed up to one billion bacteria in each gram of stool. The symptoms of CDI are varied, with diarrhea as the most common symptom. CDI can result in fatal blood infections and the enlargement of the large intestine, a condition called toxic megacolon.

What puts you at risk of acquiring C. difficile?

The risks of acquiring CDI include, but are not limited to, the use of antibiotics, medication for Gastroesophageal Reflux Disease, antacids, hospitalizations, and being very young or very old. Another risk factor for contracting the bacteria is proximity to someone who sheds the bacteria.

The C. difficile bacteria have the ability to form spores. These spores have a tough outer structure that allow them to remain “alive” for years and to resist acidic conditions, high temperature environments (≥ 71°C, 160°F), radiation, drying, chemicals, and oxygen. This environmental hardiness means that people can develop CDI after coming into contact with spores months to years after they were shed. Anything that an infected person comes into contact with can be contaminated with these spores. This can include bed sheets, toilets, medical devices, and their environment. 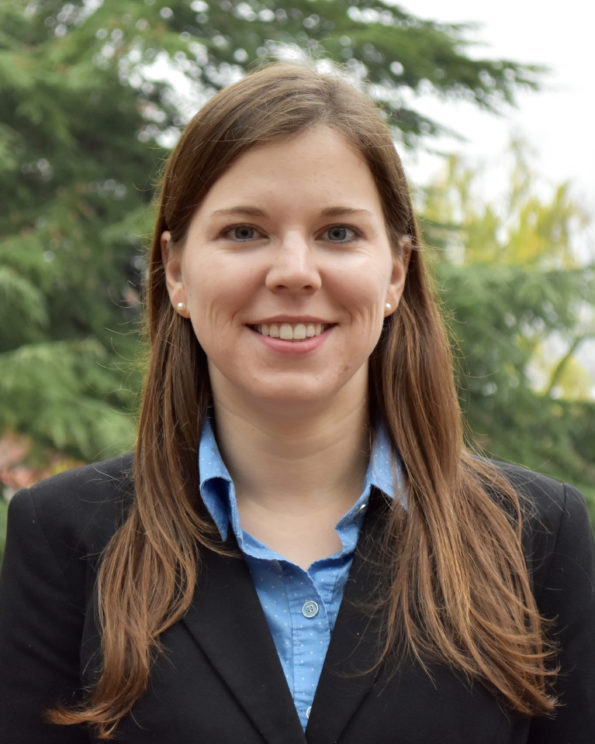 Karen Michael, PhD candidate in the Department of Environmental and Occupational Health Sciences at the University of Washington School of Public Health. Photo used with permission.

Why should we care about C. difficile?

In 2013, the US Centers for Disease Control and Prevention (CDC) classified C. difficile as an “immediate public health threat that requires urgent and aggressive action” because of the high cost of treatment and increased morbidity and mortality. In the United States in 2011, C. difficile was estimated to cost in excess of $1 billion for treatment and care. In addition, about 14,000 deaths are attributed to CDI each year. Often, more than one type of treatment is required to clear CDI. The combination of the bacteria’s ability to form spores and the extent to which infected patients shed the bacteria allows for extensive environmental contamination.

The environment can impact human health because it is a known reservoir for bacterial pathogens able to cause disease. C. difficile is primarily a hospital-associated bacteria, and healthcare workers, such as nurses and doctors, are at greater risk of exposure to hospital pathogens than the general population. While numerous studies have attempted to estimate illnesses among the healthcare workers from C. difficile exposures and recommend strategies to reduce or prevent disease, most of these studies do not include data on environmental contamination. Because the environment is such an important reservoir, these studies may be missing an important piece of the overall picture.

What do linens have to do with C. difficile?

Hospitals and clinics need to be kept clean, and fresh linens play an important role. When linens, such as bed sheets or patient gowns, are removed from a patient’s room, they are sent off to be cleaned. One offsite laundry facility in Seattle, Washington, USA, processes approximately 300,000 lb. (136,000 kg) of soiled linens each week from six local hospitals and more than 30 clinics. This facility cleans the linens and delivers fresh, laundry to the hospitals and clinics.

In our study, we wanted to know how dirty linens from the hospitals and clinics impacted the laundry’s environment.

What is the evidence of contamination in a clinical laundry facility?

Only 2% (2/120 samples) of sampled surfaces from the “clean side,” or where the linens are handled after being washed, were positive for C. difficile. The two surfaces that were positive for C. difficile both came from a small area where soiled linen is handled in small batches. While the area is distinct from where clean linen is dried, ironed, and folded, it is on the same floor as the “clean side.” All of the samples that tested positive were in areas where dirty linens are handled; no C. difficile contamination was found in areas with clean laundry. This indicates that the dirty linens were the likely source of the environmental contamination in the laundry.

Based on this study, what is the take-home message?

The post Pathogen contamination in a clinical laundry facility: a Q&A with Karen E. Michael appeared first on OUPblog.

Pathogen contamination in a clinical laundry facility: a Q&A with Karen E. Michael