WHO DID CAIN MARRY 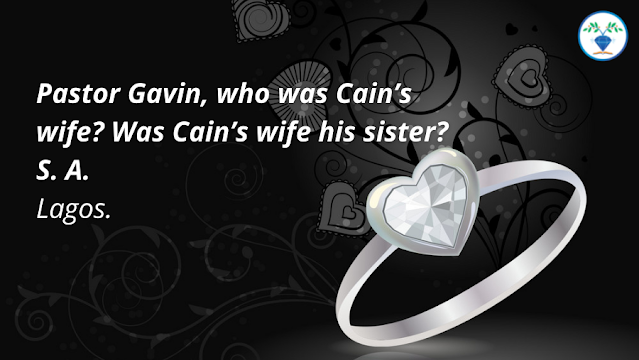 16 And Cain went out from the presence of the LORD, and dwelt in the land of Nod, on the east of Eden.

17 And Cain knew his wife; and she conceived, and bare Enoch: and he builded a city, and called the name of the city, after the name of his son, Enoch.

The first time anything about Cain's wife was mentioned in the Bible was in Genesis 4:17. And the verse didn't suggest that he got married after or before Abel's death.

Verse 16 of Genesis chapter 4 did not say that Cain got married in Nod. Rather, it was in Nod that he impregnated his wife to give birth to Enoch.

The Bible did not specifically say who Cain married or who his wife was.

It is important to recognize these silent points I just raised from the above scripture.

So, who did Cain marry?

The only possible answer is that Cain’s wife was his sister or niece.

The Bible does not say how old Cain was when he killed Abel (Genesis 4:8). There is the possibility that both of them were full-grown adults and that they had their own family before Abel was killed.

If that is a possibility, then it is likely that before Abel's death, there were more than 4 persons on earth which the Bible never gave account of, which is not unusual.

Not forgetting that the Bible gives priority to recording the names of men more than women, except if the Bible wants to say something about or around the woman.

Besides, the Bible recorded that Adam and Eve gave birth to other Children beside Cain and Abel.

"And the days of Adam after he had begotten Seth were eight hundred years: and he begat sons and daughters:"

So, the possibility of Cain getting married to either his sister or niece is there.

Even the fact that Cain was scared for his own life after he killed Abel (Genesis 4:14) indicates that there were likely many other children and perhaps even grandchildren of Adam and Eve already living at that time.

Since Adam and Eve were the first (and only) human beings according to the account in the Bible, their children would have no other choice than to intermarry. God did not forbid inter-family marriage until much later when there were enough people to make intermarriage unnecessary (Leviticus 18:6-18).

This post first appeared on Gavin Aleogho's World, please read the originial post: here
People also like
A Furry’s Guide to Cryptocurrency
Cabbage Production Guide
How to Get Rid of Ants
The Eight Wives of Henry VI society (EWH6)
The Cage of the “Surreal” – Post 1 of 2
Sex on Your Period – Reasons to Do It
Diksoochi Telugu Full Length Movie with Subtitles | Dilip Salvadi ,Bithiri Sathi | Chandini
The Punisher: A Timeless Character
How to Choose a Niche for your Blog: 6 Smart Tactics
10 Ways To Be Proactive and Stand-Up For Social Justice Everyday
Black Lives Matter: the brands to support
Tesla Increases Price of ‘self-driving’ Cars

WHO DID CAIN MARRY