Aizawl, October 20: Infant Mortality Rate (IMR) in Mizoram during the fiscal year 2016-17 stood at 21 with 405 infants dying before attaining the age of one, a state health department report said. 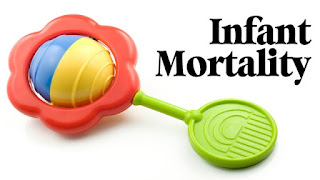 The rate was highest in the southernmost Lawngtlai District at 29, followed by neighbouring Siaha district at 28.
Aizawl East district had the lowest IMR count of 14, the report said. There were 19,426 newborns during the period, of which 9,724 were boys and 9,528 girls.
The maternal Mortality Rate during the fiscal was 104 with Siaha district having the highest MMR at 303. There was no maternal death in the central Serchhip district, the report added.
-PTI