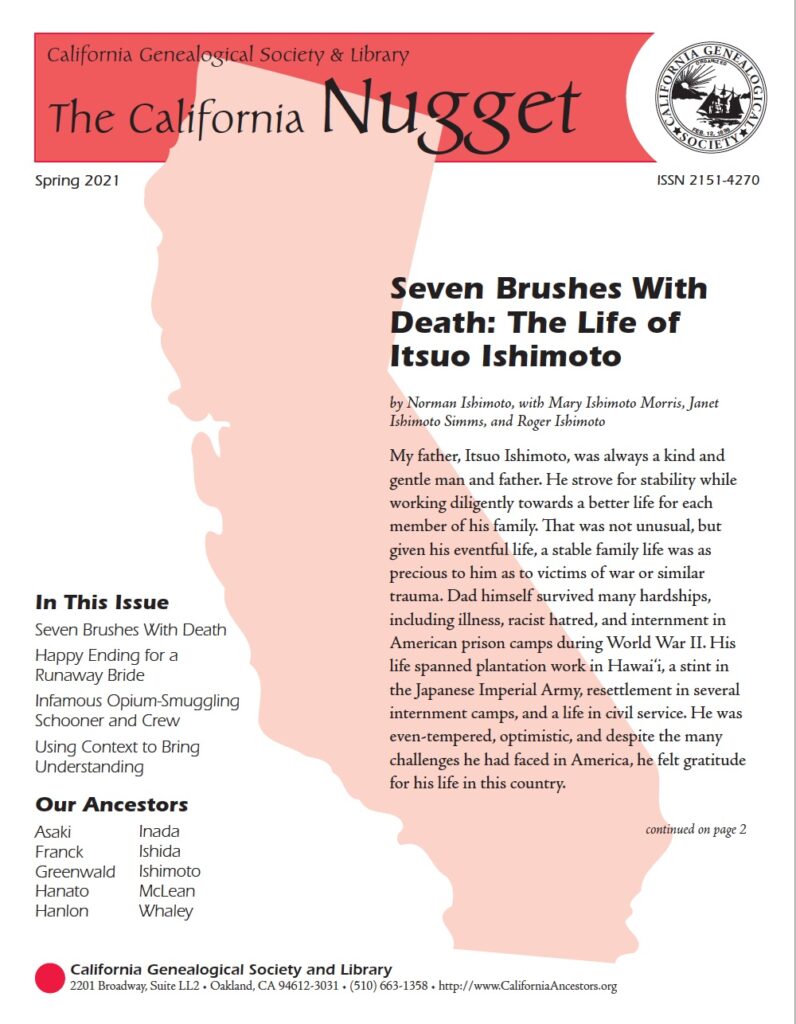 Our Spring 2021 issue of The California Nugget is hot off the press! If you haven’t already received your copy in the mail, it should arrive soon. The issue also is available online for members to read.

In this issue, our writers share their stories of family history and California history and how they intersected. Norman Ishimoto recounts the remarkable life story of his father in “Seven Brushes With Death: The Life of Itsuo Ishimoto.” Born on a Hawaiian sugar plantation, Ishimoto survived several life-threatening events, including the 1918 flu pandemic, a stint in the Japanese Imperial Army, and, upon his return to the United States, illness, poverty, and incarceration in two WWII detention camps.

In “A Happy Ending for a Runaway Schleswig-Holstein Bride,” Maureen Hanlon traces the journey of an ancestor who abandoned her first husband in Germany, married an Irishman, and immigrated with him to New York and then to San Francisco, where they settled, raised a family, and became prosperous.

Trish Hackett Nicola’s article about the Halcyon, a racing yacht re-outfitted for smuggling, illuminates the opium trade that flourished up and down the West Coast in the late nineteenth century.