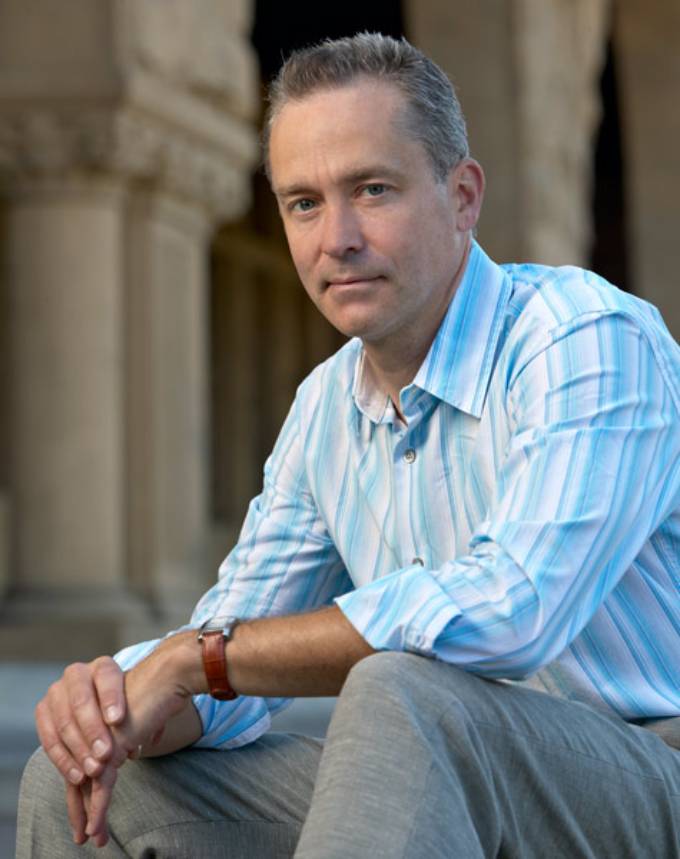 John Steinbeck was a versatile writer whose portfolio includes at least one unpublished novel, Murder at Full Moon, described by the Stanford English professor and Steinbeck scholar Gavin Jones (photo) as a “horror potboiler” that deserves to see the light of day after 90 years because “It’s a whole new Steinbeck—one that predicts Californian noir detective fiction.” According to a May 22 report by Dalya Alberge in The Guardian, Jones has urged Steinbeck’s estate to permit publication of the 1930 manuscript, which Steinbeck submitted under the pen name Peter Pym before achieving success in 1935 with the publication of Tortilla Flat, the work of California fantasy fiction that finally made him famous. “Set in a fictional Californian coastal town [notes Alberge], Murder at Full Moon tells the story of a community gripped by fear after a series of gruesome murders takes place under a full moon. Investigators fear that a supernatural monster has emerged from the nearby marshes. Its characters include a cub reporter, a mysterious man who runs a local gun club and an eccentric amateur sleuth who sets out to solve the crime using techniques based on his obsession with pulp detective fiction.”


This post first appeared on Steinbeck Now — An International Community Of John Steinbeck Lovers, please read the originial post: here
People also like
Short Happiness Quotes From Famous and Unknown People
Crackpot Cryptography and Security Theater
Why the Riddler is such a good villain for The Batman film
Latest released 2020 full chinese movie hindi | D Dee | Rise of the Sea Dragon ~♥~♥| kung-fu Hindi
Tomcat Tompkins – Part 7
10 of the best novels set in Spain – that will take you there
Google Meet or Zoom Meeting Activites