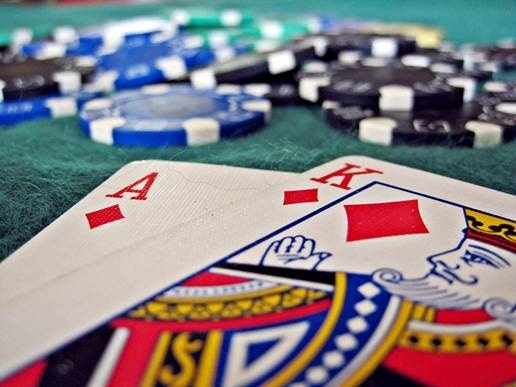 The history of Blackjack is a bit fuzzy. But one thing that experts agree on is that it’s been around for a long time.

Most believe that blackjack started in French Casinos as long ago as the early 1700s. Vingt-et-un or twenty-one seems to be the original French name – obviously, the rules and game-play were slightly different, but it seems to be the closest relative, along with Pontoon. Other historical evidence points to Veintiuna was being played in Castile (Spain) at the very beginning of the 17th century, so 1600 … perhaps even the last couple of years of the 16th century as a short story by Don Quixote written way back in 1601 mentions the card game.

As the game developed over the years, it hit a fever-pitch in the 1930s when Vegas “opened” for business in 1931. Back then it was still called twenty-one in English and the Casino owners offered some pretty fantastic odds to entice players to sit at the tables. Enter the term blackjack. Certain casinos would give ten to one odds for pulling the Ace of Spades and either black Jack to land on 21. These exceptional odds didn’t last for very long, but the name stayed: Blackjack.

In the 1950s, blackjack became known as one of the few Casino games that with some practice and skill, could be nearly the same amount of advantage for the player as it does for the house. Card counting hit the scene. At the time, casinos were still running games with one Deck. After Edward O. Thorp’s book, Beat the Dealer became a mainstream success in the early 1960s, the casinos had to figure out a way to combat the fairly easy systems invented to keep track of the cards left in the deck and remove the house’s edge. So, they simply added a deck. This made keeping track more difficult, but not difficult enough. So, they added two more decks and made most standard games, 4-deck blackjack. Using Thorp’s Ten-Count, instead of dealing with 16 tens and 36 non-tens in the single deck, card sharks had to deal with 64 tens and 144 non-tens in 4-decks. So, only the greatest minds could do it effectively. Nowadays, we have 8-deck games and casinos shuffle the shoe earlier to severely reduce the risk of effective counting and retain their edge.

In the early 1990s, we saw the first online blackjack and poker games. Then in 2006, we saw the advent of live online blackjack with live dealers. Back in the day, they would just throw a webcam over the table and what you got was a live dealer experience, but horrible resolution and a ton of lag. Nowadays, they do it all in a custom studio room, so you get a crystal clear image and an experience that is close to sitting at the actual table.

But where are the best blackjack sites?

Bovada takes US players. It was previously difficult to find a reputable place to sit at an online table because of the taboo nature of online gambling in the United States. Now that the legalization of sports betting and games of skill and chance are getting favorable legislation and it’s becoming easier to play your favorite table game online. Depending on the state you are in, you may have more options than others.

For example, Oregon has moved to fully operational online gambling and sports betting, so there are plenty of options in such a state. Bovada, BetOnline, and Vegas Casino are all online options that are A-rated and trustworthy. You might be thinking that you can grab a game of blackjack at famous sites like PokerStars but unfortunately, traditional twenty-one has been removed from their product list.