The Most HORRIFYING things to ever happen in a job interview...

We all know how scary job interviews can be - the sweating palms, the heavy breathing, the fear that they might find out you know nothing about the topic you’re talking about. Having recruited all over the world for the past sixteen years Think Global Recruitment has seen it all. As we approach Hallows Eve the team here has wickedly decided to share some of the most horrifying incidents they’ve ever heard or witnessed during an Interview. 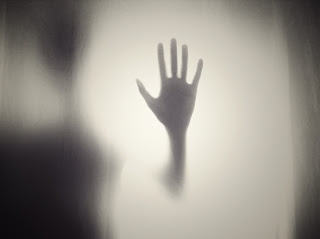 They know how the prospect of facing a recruitment panel can be more daunting than saying Candyman in Mirror three times, they also know how the fear can be shared both parties, like two people using a Ouija board- unaware what will happen next and hoping they both make it out alive. So sit back and read these stories if you dare.

*Disclaimer these are not incidents which occurred at Think Global Recruitment but rather a collection of scary stories circulated around the industry, keeping candidates awake in their beds at night*

The Black Eye
After a particularly frightful night a candidate once turned up with a black eye to an interview. When asked about it by the Interviewer the man declared he had been out with other people in the same company the night before and they he had got drunk and ‘fell over’. He felt that the bonding session with their existing staff would have saved him from his fate, however, it ended with another knockout blow as the gentleman was shown the door.
The Twirl
We all know someone that should never be put into the powerful interviewer position. Many evil villains have plotted their way to the top of the ladder only to say something that would dare not pass a normal person’s lips- in this case blatant sexism. The ‘request for a twirl’ makes most shudder but thankfully these cases have mostly disappeared (unless you present the US Apprentice).
Rest In Peace 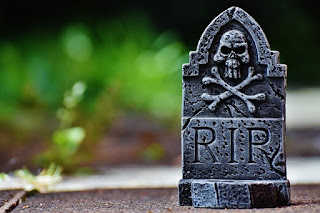 The fear of a job interview can drain the human soul but it can also just be really exhausting. One of our team shares the tale of a man, a Director of a global firm, who fell victim to his own exhaustion and collapsed on his interviewer like he was a padded coffin.
From CV to obituary
It can seem easy to lie on a CV, many are tempted but few are bold enough to go through with it. There was one candidate who will go down in horror folklore, having asked their spouse to write their CV and used their grandparents contact details as references. The lies spouted on this CV ranged from degree modifications to ghost employers, all of which the candidate knew nothing about. Ironically, theses lies left the candidate writing his own interview obituary when the horrid truths were unveiled.

One foot in the grave
Perhaps we left the scariest of all to last, this one can make anyone jump back in disgust. Once a candidate felt they were in the comfort zone a little too much in an interview when they decided to do something that no one was prepared for. Their shoes slipped off under the table and went on the hunt for one of the interviewers. The interviewer still gets flashbacks to this day of this from the event, insisting those in close quarters to wear socks just in case.
So there you have it, the most horrifying situations we have ever heard of in recruitment. We hope this hasn’t put you off interviews for life, just make you wary to wear your shoes and use the STAR technique.
Happy Halloween!


This post first appeared on Think Global Recruitment, please read the originial post: here
People also like
Wuzzuf’s Ameer Sherif Steps Down as CEO, Buckles Up for ITIDA
Interview with Tommy Castro
Building a Talent Pool in a Tight Market

The Most HORRIFYING things to ever happen in a job interview...