To help struggling businesses needing immediate access to cash during the COVID-19 pandemic, Congress introduced the Paycheck Protection Program (PPP) as part of the Coronavirus Aid, Relief, and Economic Security (CARES) Act in 2020. Some companies, however, didn’t use the PPP Loan funds as Congress intended. Because of a broad range of associated Fraud, the Small Business Administration (SBA) and other government agencies have been investigating PPP loan cases.

Why Furries Make Excellent Hackers
Can You Sue a Title Loan Company?
Saving Money on Taxes After a Low Inc…
Borrowing with Payday Loans
MICRO BUSINESSES 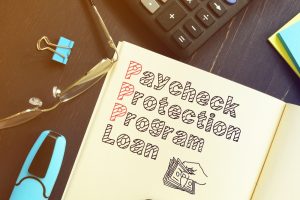 As of late March 2021, the U.S. Department of Justice (DOJ) has publicly charged 474 parties with criminal offenses based on pandemic fraud schemes, totaling $569 million in claims, and the investigations continue.

Just How Many Fraud Reports Are There?

In 2020, banks filed more than 21,000 suspicious activity reports (SARs) based solely on potential Ppp Loan Fraud. By early 2021, the SBA had received 150,000 whistleblower reports about PPP loan fraud. Out of $202 billion in loans issued, at least $341 million were involved in alleged fraud schemes.

PPP loan fraud comes in all shapes and sizes, from inflated payroll expenses to the fabrication of entire businesses with no operations. Reports suggest bad actors have claimed thousands of fake employees for coverage while allegedly using the funds to buy luxury vehicles, mansions, and diamonds as well as for back payment of child support and other fraudulent purposes.

For perspective, more than 5.2 million PPP loans have been issued. Most have largely served their original purpose of helping small businesses. High-profile offenders continue to be charged, however, and at least 120 parties face prosecution for the suspected loan fraud.

Texas recently experienced the most ambitious fraud scheme. In U.S. v. Dinesh Sah, the Texas man used 11 different companies to apply for 15 PPP loans from eight different lenders. He sought a total of $24.8 million, the highest amount of any documented fraud scheme, and managed to obtain $17.3 million. The funds were used for multiple homes in Texas and California, luxury vehicles (including a Bentley convertible, Corvette Stingray, and Porsche Macan), and jewelry.

The first settlement related to PPP loan fraud occurred in California in January 2021. In addition to repaying the $350,000 in funds received, SlideBelts Inc. and its president and CEO agreed to pay $100,000 in damages and penalties.

Another of the largest fraud rings was also found in California. In U.S. v. Richard Ayvazyan, et al., eight individuals applied for 142 loans under both the PPP and economic injury disaster loans programs. Stolen and fake identities and fake companies were used to apply for more than $21 million, which was subsequently laundered through multiple bank accounts for luxury purchases.

Multiple cases have involved explicit tax fraud to support the PPP loan applications. A Florida man sent fraudulent forms to the IRS to receive $3.9 million from the PPP program, and he assisted others in doing the same. A pizzeria owner in Massachusetts falsified an official tax form to qualify his business for a larger loan. A Pennsylvania couple was charged with various counts of making false statements to IRS agents because of the forged documentation and other fabricated materials they submitted.

While many of the above examples were extreme and obvious misuses of funds, it’s clear various federal agencies have turned their attention to scrutinizing how PPP loans were documented and used. It’s important for businesses to continue to ensure their use of PPP loan funds is compliant with the regulations. Internal audits are a good idea to avoid loan fraud implications.

Mark F. Sommer and Elizabeth D. Mosley are attorneys with Frost Brown Todd LLC in Louisville, Kentucky. You can reach them at [email protected] or [email protected] Also contributing to the article was Lauren Cole, who isn’t a licensed attorney.