Immigration and Healthcare: How Proposed Changes Could Impact the Industry 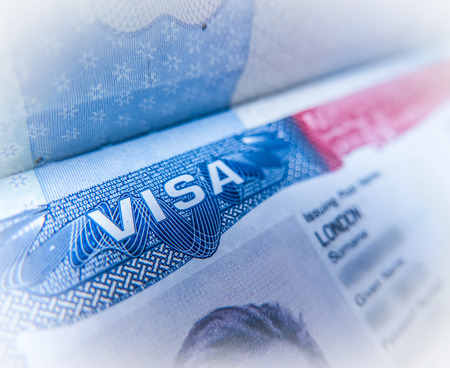 Immigration is not only a hot-button political topic, it greatly affects the healthcare field. Foreign-born workers comprise:

Sex on Your Period – Reasons to Do It
Branding 101: From Bingo to Bedroom D…
Best Low Acid Coffees That Won’t Upse…
Got Oil Supplies Review-Start Essenti…
Get Managed IT Services in Plano Toda…

Immigration attorney BoBi Ahn of Warshaw Burstein, LLP in New York, gave HospitalRecruiting.com an overview of current proposals. She notes that the Trump Administration “endorsed making changes to the H-1B Visa Program, relied upon heavily by professional workers and the U.S. companies who need these skilled workers.” She also states that legislation introduced “by the House to increase the minimum salary requirement for employers to hire foreign nationals under H-1B status” would restrict immigration. To better understand how these initiatives impact the healthcare field, I interviewed Greg Siskind of Siskind Susser PC, a full service immigration firm with offices in Nashville and Memphis, TN. He provided HospitalRecruiting.com with in-depth answers as to how recent changes and proposals impact foreign-born healthcare workers and the health systems that employ them.

Immigration has been in the news a lot in 2017. Do any of the Executive Orders from the new administration affect foreign workers in the healthcare field? If yes, please describe how they impact foreign workers.

There are potential effects from the Administration’s immigration policies. The travel ban has been widely covered in the media, and a number of health care professionals are impacted. Iran and Syria, for example, produce a lot of doctors who are working in hospitals around the US. There have also been numerous announcements on coming changes in work visa programs as a result of the “Buy American Hire American” executive order. More requests for evidence, challenges on the level of pay, and more surprise inspections of health care employers will likely be the new normal.

If you were advising a health system interested in hiring foreign physicians, what would you say are the two most important steps they need to take to comply with immigration law?

Most international physicians have to go through US training programs in order to get licensed and be able to work for US employers. I would first talk to immigration counsel and find out what types of visa sponsorships are possible. Employers may have different restrictions, depending on where they are located, the type of doctor they are recruiting, the types of patients they are typically treating, whether they are a non-profit, and various other factors.

I would also advise giving candidates plenty of time. International medical graduates’ visa processes can take considerable time – sometimes applications need to be filed as much as ten months ahead of a doctor’s anticipated start date. The more the employer and doctor are aware of likely timelines, the less stress everyone will be under.

What steps must a health system take if it wants to hire foreign nurses?

Recruiting international nurses is typically much more challenging than in years past, which is why a lot fewer nursing candidates are entering the US each year. With the exception of Mexican and Canadian RNs, who benefit from immigration provisions in the NAFTA Treaty, nurses are generally unable to obtain temporary work visas. That leaves applying for green cards. The most important thing to know is that the US allocates green cards on a per country basis, and if a country’s nationals claim is too high a percentage of the available green cards in a particular category, they will be subject to lengthy queues. The situation for Filipinos and Indian nurses is particularly tough, and waits of ten years or more is the norm now. Nationals from other countries can often qualify in less than two years. Nurses also need to pass certification and language exams and train in programs certified to be equivalent to US educational degrees.

When people think of immigration, they think of Trump, but were there any changes during the Obama administration that are still in effect that people in the healthcare field should know about?

At the end of the Obama Administration, a final regulation was issued that dealt with a number of issues affecting high skilled workers, including those in health care fields. The rules clarify issues such as how workers change employers, which employers are exempt from H-1B visa quotas (which can turn qualifying for a work visa into a lottery), and offering grace periods to workers to remain in legal status after they are terminated by their employers.

Are there any proposed changes to immigration law that non-citizen doctors and nurses and/or health systems should be aware of?

There are a few areas of concern. Two very popular physician visa programs run by the Appalachian Regional Commission and the Delta Regional Authority are under threat because the White House has expressed an interest in eliminating the agencies all together (the DRA recently announced that it has suspended its program until a new agency head is appointed, something that hasn’t happened after more than six months.) We also could see changes in the way H-1B visas are allocated that may hurt or help health care workers, depending how legislation is drawn up. If wage rules change, hiring foreign health care workers may also become more expensive for employers.

There are also proposed legislative changes affecting visas for international doctors that could improve processing. While getting legislative change in the current environment in Washington is especially challenging right now, there is some optimism that the bill could pass.

Are there any other basic immigration law facts that people in the healthcare field need to be aware of?

In the physician field, a lot of people aren’t aware of the statistics and ignore recruiting international doctors when they really can’t afford to do so. In some fields, the percentage of doctors coming out of training programs who are on visas is sometimes near 50%. The good news is that because doctors train in the US, have to pass difficult English tests, and usually graduate near the top of their medical school classes, the ability of these doctors to thrive with US employers is better than ever. There’s also a severe, long term physician shortage and employers have to keep an open mind or they may find themselves without an adequate number of physicians.

Sincere thanks to Greg Siskind of Siskind Susser, PC (www.visalaw.com) and BoBi Ahn of Warshaw Burstein, LLP for sharing their expertise in immigration law with us.

Immigration and Healthcare: How Proposed Changes Could Impact the Industry