How Does the Current Health Insurance Debate Affect Private Practice in the USA? 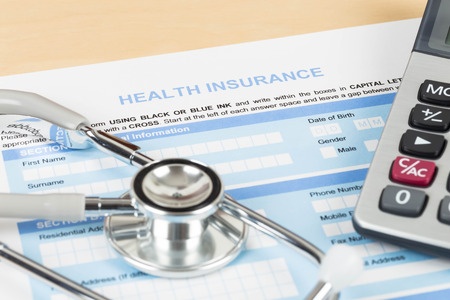 This question is of the utmost importance to medical providers, especially those about to go into practice or take a new position. The future poses many possible changes to Healthcare and its related method of insurance coverage. The focus of healthcare in the USA has not yet been established. Is the intent to cover as many people as possible, control spiraling costs, or make health insurance a personal choice to accept or reject? This debate may not be settled any time soon. Can private practice survive this storm?

Why Furries Make Excellent Hackers
SPACIAL, Montreal
How Does the Fortinet Firewall Work?
How to Tell if You Have Bed Bugs?
Holcim Philippines shares contributio…

Let’s take a moment to discuss medical coverage. If we were clear on what the possible method of coverage might be, it would be easier to answer the posed question about private practice. In most developed countries, all of the population is covered by a basic policy provided by the government. This is paid for by some form of established taxation. The money collected is then paid out to providers and hospitals as the medical care is provided. This coverage, in several ways, resembles the coverage provided by Medicare to those over 65 years old in the US. In many of these countries, there is a gap between the billed amount and the amount paid by the insurance. The patient is responsible for this difference. To help cover this difference, a patient may have a policy supplement. This is also true for Medicare in the US.

Currently in the US, much of the basic healthcare for those under 65 is in the form of an individual/family health insurance policy. This could be provided by an employer or obtained by the patient privately. Our healthcare insurance coverage is not as different from other countries as it may seem. The only real differences are the percentage of coverage by public, private or supplementation. Take the UK for example. Most of the population is covered by a government-sponsored policy called a public option. Slightly over 10% of the UK population has insurance coverage with a private policy, which may or may not be along with the public option. There are also supplemental policies available to assist, covering monetary amounts that are the individual’s responsibility. A large portion of the population in the UK purchases this coverage. Providers can accept 1) only public sponsored insurance 2) a mixture of public and private or 3) just private insurance. This holds true for the hospitals as well.

With all this in mind, many in the government in the US suggest that our citizens have a different situation medically than the rest of the world. Healthcare is deemed an individual decision and responsibility. There are many models of healthcare in the world that we could use to advise us as to a plan better fitted to the current needs in the US. Most countries have spent many years fine-tuning healthcare alternatives. The US has a significant potential for going in several suboptimal directions to cover/not cover our citizens medically.

There is only one real question left to give our healthcare system direction: Do we feel that healthcare is an essential right or not? Data available to us shows that if someone has healthcare they are more likely to use the preventative strategies available and remain healthier, thus utilizing less resources (healthcare dollars). The people without healthcare will only use the resource when they are very ill and need advanced, costly care. There are millions of people in the US without healthcare. Continuing to ignore them is not an answer or a real option. Like it or not, people not covered by some form of healthcare will utilize healthcare resources. This coverage will involve some form of government assistance, and it will be expensive.

For the sake of the discussion, let’s say we knock out Obamacare and do not move toward government coverage for all citizens. This will have the potential to change the coverage of patients. Our overly expensive medical system will continue mostly as is, including rising costs. The millions of uncovered will increase. The uncovered patients will utilize the emergency rooms for medical care. This will clog up the emergency system as it did in the early 1960’s through 2010. ER physicians will end up doing more primary care. Obamacare provided a standard medical policy to the underinsured that included preventative care. Private practice would remain in place, but the type and number of patients seen could be much more variable. Reimbursement due to the payer mix could also be a challenge, with the cost basis shifting back to those with insurance.

If we move to a Medicare for all system, primary care providers could remain the consummate independent physician provider(s). Their practice mix would remain much more stable with increased flexibility to accept public/private patients. As a whole, under Medicare-for-all, pricing for services and pharmaceuticals have a higher potential to have more stability and could possibly be reduced. Standardized preventative measures would be more complete across our population. Specialists would migrate more to a government or large private setting as employees. This would be a small change for specialists who are already somewhat centralized.

About 20% of healthcare spending in the US is for salaries of physicians/physician extenders. As healthcare changes, cost savings may be written into new programs. A 10% decrease in spending for healthcare overall would necessitate a physician salary reduction of 2%. Currently, job satisfaction with physicians is not good. A decrease in salary could change the flow of candidates into medicine, with the largest effect on private practices. This would be catastrophic. The cost savings for healthcare need to be well thought out.

This post first appeared on Healthcare Career Resources, please read the originial post: here
People also like
Why Furries Make Excellent Hackers
SPACIAL, Montreal
How Does the Fortinet Firewall Work?
How to Tell if You Have Bed Bugs?
Holcim Philippines shares contributions to environment stewardship in govt, private sector talks
“The Friend Who May Not Seem a Friend” – The Cat and the Fire, Post 2 of 3

How Does the Current Health Insurance Debate Affect Private Practice in the USA?