Doctors, Know Your Rights! (What Employed Physicians Need to Know) 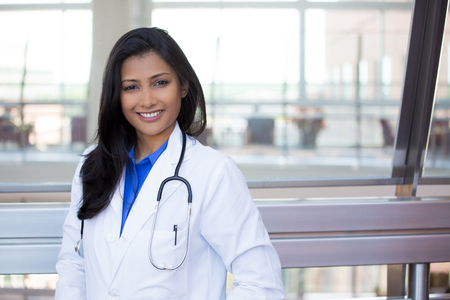 In recent years, the percentage of Physicians that own their own practice declined sharply. The AMA (American Medical Association) detailed the stark changes in its Benchmark Survey. They found that:

A Balanced Response to Allen Gwinn
7 Reasons Why You Should Hire A Femal…
MICRO BUSINESSES
5 Important Things You Should Conside…
What Causes Bed Bugs?

As an Employee, you need to know that you have certain legal rights. Keep in mind this discussion concerns physicians who are employees, not independent contractors. Doctors need to know about these laws, too.

FMLA is shorthand for the Family and Medical Leave Act. The Department of Labor specifies that eligible employees are entitled to up to 12 weeks unpaid leave in situations that include the birth of a child and care for a seriously ill spouse, child, or parent. If you qualify, you are also entitled to continuation of your group health insurance (https://www.dol.gov/whd/fmla/).

The key word is “eligible.” Richard Reince, a Partner with Hoguet Newman Regal & Kenney LLP in New York, states, “If the physician is an employee of a hospital, clinic, etc, and the Employer has 50 or more employees, the physician would enjoy the same FMLA rights and protections as his or her non-physician peers.” This fact differentiates employees from practice owners because “if the physician is a partner in a smaller practice, then the doc is not an ‘employee’ and not covered by FMLA.”

Michael Wietrzychowski, of Schnader Harrison Segal & Lewis LLP in Cherry Hill, NJ, notes there is also a “key employee exception,” and if you fall into this category, “The employer does not have to hold your job.” William Hannum, Managing Partner with Scwartz Hannum PC in Andover, MA, states, “Depending upon their job duties and pay, physician employees may be somewhat more likely to be considered a ‘key’ employee under the FMLA, which might limit their rights as compared to other eligible non-‘key’ employees.” You need to be aware of this exception before you take a medical leave.

Why You Do Not Get Overtime

If you spend many hours examining patients and performing procedures, you might wonder if you qualify for overtime. “Doctors generally are not eligible for overtime pay because the Fair Labor Standards Act (FLSA) exempts them and certain other professionals,” states Alice Paylor, an attorney with Rosen, Rosen, and Hagood in Charleston, SC. From a legal perspective, doctors are “exempt” employees who serve in a “bona fide professional capacity.” Therefore, maximum hour requirements (overtime) do not apply to them.

Physician employees have protections against discrimination in the workplace. “Doctors who are employees (as opposed to being a partner or sole proprietor) are generally covered by either Federal (if their employer has at least 15 or 20 employees) or state anti-discrimination laws,” notes Richard Reince.

As employees, physicians need to make sure they do not engage in actions that come across as discriminatory. William Hannum states, “Doctors should not make comments about any person’s race, gender, age, or religion, unless discussion of those issues is medically necessary to provide care to a patient.” He advises physicians to protect themselves from accusations of discrimination. “Jokes or stray remarks on those topics should be avoided, as those remarks can result in time-consuming, expensive claims of discrimination or harassment, regardless of the intent.”

Various state laws impact a physician’s employment. Non-compete agreements are one of the most important. Richard Reince notes, “Some states such as New York will honor and enforce reasonable non-competition and other restrictive covenants involving physicians, particularly when they sell buy or sell a practice.” He also states, “California, on the other hand, prohibits non-compete agreements as an inherent restraint of trade.” Alice Paylor, who represents physicians and serves as a consultant to doctors who need advice with their employment relationships, advises, “Before signing a non-compete, or really any contract, a physician should consult with a lawyer knowledgeable of the state’s law regarding non-competition agreements.”

Michael Wietrzychowski notes, “NJ has its own leave law. Physicians (and everyone else) are entitled to more leave.” States and cities sometimes provide additional anti-discrimination protections. Richard Reince notes, “These same doctors, as well as those employed by smaller employers not covered by federal law, may be covered and protected by state and local anti-discrimination statues such as the New York State Human Rights Law (minimum 4 employees) and the New York City Human Rights Law.”

Changes in healthcare economics mean that many doctors are now or will become employees of hospitals, clinics, or other healthcare organizations. You need to make sure you are aware of the aforementioned laws. Just like other professions, it is important for doctors to know their rights!

Note: At HospitalRecruiting.com, we understand that it is important to consult with a licensed attorney in your state about all legal matters. Nothing in this article constitutes legal advice.

This post first appeared on Healthcare Career Resources, please read the originial post: here
People also like
A Balanced Response to Allen Gwinn
7 Reasons Why You Should Hire A Female Divorce Attorney
MICRO BUSINESSES
5 Important Things You Should Consider Before You Invest in Stock
What Causes Bed Bugs?
Medical Error and Negligence Claims 101

Doctors, Know Your Rights! (What Employed Physicians Need to Know)