UFT Executive Board February 11, 2019--Principals Don't Like Contract, Prefer to Do Whatever They Want 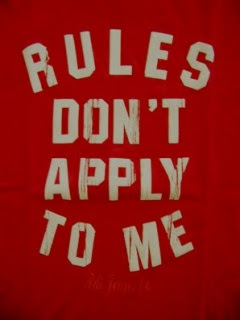 Patty ?—Walter bought a student a suit for interview, then bought him shoes. Loved every one of his students. We rise for moment of silence.

Yvonne Riesen—reps 10X213—BETA—dress in blue in solidarity for right of basic instructional supplies, no microscope, scales, money allocated not committed, no paper. Must dig through garbage for paper—principal verbally abusive, spreads fear, probationaries in tears, ATRs demoralized, take 4 in row or two C6 per day. Furniture falling apart, fights break out, fires, and we’re told not to use alarms. Teacher passed out and they debated who to call.

Tyrannical nature of principal. Oppressive, incompetent admin goes unchecked. We need to move forward, and we can’t under this principal.

Schoor—Send me what you wrote. We will bring it up with DOE. Debbie Poulos will look at your complaint. Basic instructional supply issues have been being resolved quickly. We will send people to your school.

We approve resolutions for NYSUT convention.

All trips tomorrow with yellow buses canceled tomorrow, but school is open. Along with Walter Morris, we had another major loss, Denise Costa, who helped with parent and school groups. Loved by many. Passed. Moment of silence.

Albany—little pushback—we just had 12 hour ed. hearing. APPR should get done before April. We still have work in NYC.

We need to implement new contract. Union that reps principals hates our contract. They went to PERB against Bronx plan. We know schools run better with partnership and collaboration. CSA hates it. Says they don’t mean harm, but they want it stopped. When I hear of principals who don’t give instructional supplies, there is a procedure. He has five days, or it goes to superintendent, and then to me. Union that reps admin doesn’t like our agreement. Too bad. They don’t get to interpret what’s in our contract.

Moving forward we shouldn’t have to file grievances. We should be able to work things out. Won’t group all principals together. Things going well in many places. Not about who’s in charge, but about helping one another to move forward. We will play this game and if we have to run a specific campaign, we will. They say we run school system but we don’t. Lots of people would be in other places if we did.

Any CL can put consultation notes online or file complaint. Some principals work with us because DOE doesn’t support them. We like to work with these principals. Small minded people worrying about who’s in charge will not produce results. We will stand strong and deal with this. It’s our job to make sure this contract becomes real at every school. Adcom will focus on consultation notes and work complaints.

We have a week off coming up. So far, weather’s been okay. When we get back, push will be evaluation. Starting official meetings on design. Wednesday at DA we will announce and form committee on joint training. Contract live on Valentine’s Day.

Basic tenet of unionism is contract words only good as people using them. No good if not being utilized. That’s why we want to empower people at worksites and have anti-retaliation language.

Schoor—CSA Bronx plan statement on line Google it. Raises on 14th. UFT website explains which bank gets which date.

Jonathan Halabi—Supported contract—things I liked best mentioned by President. There are principals afraid of these things, but I’m afraid we have people who don’t belong in schools, refuse to consult, problematic work experience as speaker said. How can we separate them from us and students?

Schoor—Chancellor tends to give us lip service without fixing anything. This chancellor is different, has moved people out, and we are hopeful he will do something. We had two issues they should’ve fixed and didn’t. We are working on schools and will continue.

Halabi—What was criteria for Bronx plan schools? Surprised by few that didn’t have collaborative principals.

Schoor—Wasn’t on that committee. Will report next time.


Arthur Goldstein—I have two things today. First, I understand that AFT does national endorsements. Nonetheless, we’re the largest local in the country and we have a big voice. For my money, no democratic candidate at all is great on education, and it falls on us to educate them, at the very least. However, Cory Booker in particular is abysmal. His positions are indistinguishable from those of Betsy DeVos and I’d argue he’s Betsy DeVos with a tie. I’d like to see us ahead of the curve here. What are we going to do to make sure our endorsement doesn’t go to a  Democrat who hates us and everything we stand for, and how are we going to advocate for presidential candidates to adopt positions that are not insane?

Also, I have an article here from New York Teacher. It suggests that UFT thinks 115 million dollar penthouses ought not to pay less in taxes than a six million dollar brownstone in Brooklyn. I couldn’t agree more. It also suggests that if we get people who can afford 115 million dollar penthouses to pay their fair share, we could fund reductions in class sizes. We now have a blue Senate so this bill is no longer DOA. Also, the NY Times surprised me quite a bit by stating Cuomo’s people have not opposed it. What are we going to do to push this forward and help a million kids and tens of thousands of working teachers?

Also, following up on question of space requests for charters but not for public schools. Have you met with chancellor?

Four of our members are on AFT Exec Council and carry our recommendations and thoughts. Will get you more info. That about the penthouses just came out again, and there is a move for some people to tax apartments they don’t use Will ask Paul to talk about it. No bill yet, so nothing to support.

Sterling Roberson—Wants to add about CTE awards—individuals we honored are those recommended by their schools. Some ranked first, second, third in automotive around globe. Teachers and students are exceptional, and we have a day to celebrate individuals who facilitate learning. Thanks all who made ceremony a success. Thanks individuals who printed materials, set tables, and did everything.


Schoor—OT/PT contract approved 52-48%. Wanted to make sure their salary increases went into effect same time as other members. Released employees for 90 minutes to vote. Had 72% turnout on one day. Mail ballot had 50% turnout. Almost half came to Queens.

Schoor—Saw many members we don’t usually see. We are moving forward. We are not finished with this chapter.

Tom Murphy—Retired teacher chapter has annual meetings. We speak to people in NY area and around country. Mood of retirees very good. In touch with issues and people in schools. Thinks people are not happy. Not upset about our politics. Will approach 4K members before we’re done.

Legislative Report—Paul Egan—Moment of silence for Chelsea’s career. Tremendous game for first 30 seconds, but lost 6-0. My job here is complete because everyone knows about Chelsea. Norm Scott had article in his hand from NYT.

Election by time we come back for Public Advocate. Asking everyone to sign for Lobby Day March 18.

Special order of business—endorsing Debbie Penny for retirement board.

Tom Brown—Delighted to support resolution to re-elect Debbie for TRS board member. Smart, strong, competent, fast learner, asks lots of questions, and understands role as trustee. Oversees policies and funding of retirement system. Wants benefits to remain strong. Advocate for us and defined benefit pensions. Attends multiple conferences on retirement systems. We have complete confidence in her. Look forward to working together for all members. Please support her and resolution.

Paul Egan—People don’t pay much attention but has massive impact. Court case over President putting citizenship question in to frighten people. Was kicked off by district judge but will go to SCOTUS. Not to count citizens or voters, but rather all people in country. They determine a whole host of things—roads, funding, education, Medicare, 700 billion dollars to be split up by census. If our numbers are underreported, we will lose. Red states don’t worry. NY underreports. Average is 76%, NY is 61%. 38% of population in NY State is immigrant. Imperative we increase numbers. Under title 13 is felony that census share this data with anyone including ICE. Hard to convince people but they need to know.

We want everyone to participate and encourage participation. Also way seats in House are decided, gets us electoral votes.

UFT Executive Board February 11, 2019--Principals Don't Like Contract, Prefer to Do Whatever They Want