I Have No One to Thank but the UFT 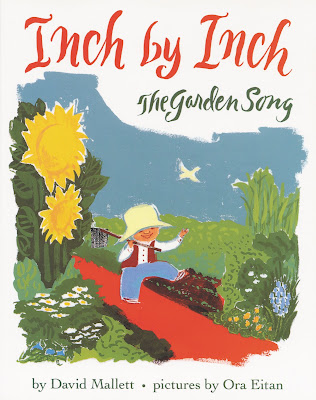 So said a comment I read, complaining about something or other. I have deep and longstanding issues with UFT leadership. My primary issue is lack of representation. I'm a high school teacher, and my fellow high school teachers did me the great honor of electing me to represent them on the UFT Executive Board. I'm happy to do this. Of course, we're outnumbered 20 to 1 by people who've signed loyalty oaths, who show up and say nothing unless they're told to, and who vote on cue for however they're instructed.

However, that's not even the main problem. The main problem is we have zero representation on AdCom, which actually makes all the decisions which are invariably rubber stamped at the Executive Board, and later at the Delegate Assembly. We also pay dues to NYSUT, NEA, and AFT, where precisely zero people we chose represent us.

Now, in a way, the sentiment, "I have no one to thank but the UFT," is correct. After all, UFT set up the system that way, via leadership. And once that pesky Michael Shulman was no longer UFT Vice President for High Schools, leadership rigged the system so we'd no longer be able to choose our own VP. Doubtless this was approved by the rubber-stamp Executive Board and Delegate Assembly.

In another way, though, it's not correct at all. When I read statements like that, it sounds like the UFT is some sort of outside entity. Maybe it's a spaceship from Mars. Who knows? But that statement takes no ownership. I don't always agree with UFT President Michael Mulgrew, but once I saw him correct someone at the DA. The person said UFT did this or that. Mulgrew said, "You are UFT." That's absolutely right. That person is UFT, I'm UFT, and whoever made the title comment is UFT too.

A friend of mine said, "There are two problems with the UFT--the leadership and the membership." I'd argue that's wholly accurate. Hey, if you don't like Michael Mulgrew, vote against him. It's simple, isn't it? Yet in the last UFT election, three out of four members tossed their ballots into the trash. So really, if Mulgrew is this or that, whose fault is it?

It's our fault, of course. We all need to get off our butts and vote.

Now there are always other things we can do. For example, I've been writing this little blog since May 2005. I don't need permission of UFT leadership to write it. I don't need the mayor's permission either. They can shut me up at the Executive Board with inane points of order, but they can't shut me up here.

Nine years ago I became UFT chapter leader at my school. This is the kind of thing that teaches you humility. I mean, you're teaching for twenty years and you take on a new job about which you know nothing. Fortunately, after I do something once I kind of figure how to do it again. In learning to be chapter leader I've grown a relatively fresh appreciation for what it's like to be a new teacher. I certainly remember being overwhelmed with disasters I had no idea how to face, just like when I started teaching.

I write elsewhere, too. I've met and corresponded with a whole lot of journalists who actually do this for a living. (That's a pretty tough thing to do nowadays, with so much content online.) When I first started as chapter leader, I was able to get my school into the three major city papers one way or another. We were able to stave off the massive and unconscionable overcrowding they'd put us through for a while.

By the time circumstance reversed our good fortune, I was on the UFT Executive Board. When I brought up our issue, the very first time I spoke at the Executive Board, Ellie Engler set up a meeting with school construction and we were able to negotiate an annex to replace our crumbling trailers and airless converted closets. So while things are rough now, we have some form of relief in our future.

I'm just a teacher, like most of you reading this. I blame leadership for a whole lot of things, and I'm in their faces about it twice a month. Sure, some of them failed to send me a Christmas card last year. But if we're willing to go out on a limb and risk fewer Christmas cards, there are always things we can do.

We just have to think of what they are. Let's start by voting every chance we get, without exception, and build from there.

I Have No One to Thank but the UFT