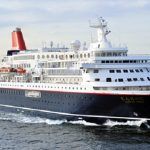 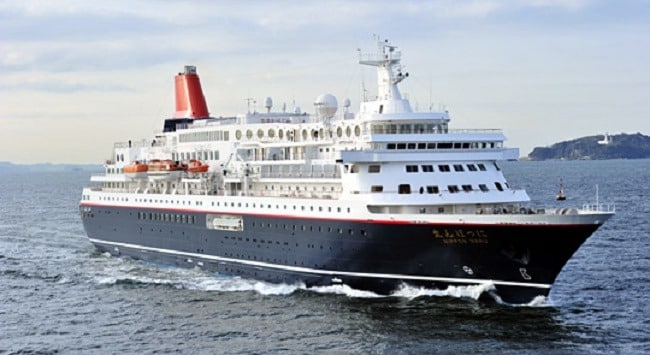 Mitsui O.S.K. Lines, Ltd. (MOL) announced that its group company Mitsui O.S.K. Passenger Line, Ltd. (MOPAS) has scheduled a major renovation of its operated cruise Ship, the Nippon Maru. The project will take about 50 days from mid-February through early April 2020.

The Nippon Maru was renovated in 2010 when the ship marked its 20th anniversary. Additional cabins were constructed on the sixth floor, while the new Horizon Lounge and Spa & Salon were added. The hull was also repainted with the new royal blue color and round windows were installed.

And, the ship will undergo further renovations next year as it celebrates its 30th anniversary.

New cabins will be constructed on the fourth and fifth floors in the bow-with large windows allowing passengers to command a vast view of the sea-suite-class cabins with a capacity of three passengers, and others with six passengers, allowing groups or even three generations of the same family to travel together.

The Neptune Bar will be relocated to the Horizon Lounge on the seventh floor in the bow. It will be re-created as a space where passengers can relax both day and night.

A Wi-Fi environment will be adopted throughout the ship. Some parts of the interior and cabin carpeting will also be renewed.

Main equipment will be replaced with the aim of making the Nippon Maru an eco-friendly Cruise Ship. The vessel will also run on fuel oil that has a lower sulfur content than conventional heavy oil, starting at the end of 2019. This move will serve two purposes—complying with stricter global environmental regulations on vessel fuel effective in 2020, and creating a more pleasant and comfortable cruise atmosphere.

The MOL Group continually offers pleasure of new cruise and unchanged hospitality through renovation of the Nippon Maru.