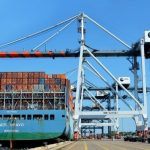 JAXPORT’s public seaport terminals achieved record growth in containers, vehicles and overall tonnage during the fiscal year ending Sept. 30, 2017. Jaxport moved more than 1 million twenty-foot equivalent units (or TEUs, the industry standard for measuring containers), a 7 percent increase over 2016, which was also a record year in container volumes for the port.

When combined with the containers handled through private terminals, more than 1.3 million containers move through the Port of Jacksonville annually, making it Florida’s largest container port complex. The Asian container trade continues to be the fastest growing segment of JAXPORT’s container Cargo business, achieving 19 percent growth in the past year, with nearly 400,000 Asian containers moved. 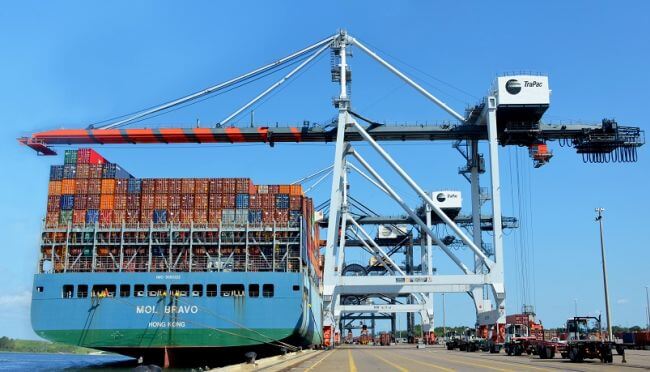 The Asian sector now accounts for nearly 40 percent of JAXPORT’s total cargo container business, up from just 24 percent in 2013. The federal project to deepen the Jacksonville shipping channel to 47 feet to accommodate even more cargo aboard the largest ships is scheduled to begin construction later this year.

JAXPORT also moved the most vehicles in its history, a record-setting 693,000 total units, maintaining its position as one of the nation’s busiest vehicle handling ports. Strong auto sales in the U.S. Southeast and the continued growth of JAXPORT’s three auto processors, AMPORTS, Wallenius Wilhelmsen Logistics and Southeast Toyota Distributors, contributed to the growth.

A project to expand JAXPORT’s auto and vehicle handling capacity by more than 25 percent to support further volume increases is underway.

The growth in general cargo volumes fueled yet another record for the port: 9.3 million tons of cargo moved through JAXPORT last year, up 7 percent over 2016.

Dry bulk cargoes (which include non-containerized commodities such as limestone and gravel) increased 21 percent over 2016, with 862,338 tons shipped.

JAXPORT’s Puerto Rican container business grew 10 percent in the year ending Sept. 30, 2017. As the primary U.S. port for trade with Puerto Rico, JAXPORT and its partners are on the frontlines of supplying relief aid to the residents following Hurricane Maria’s devastation in late September.
JAXPORT has recorded year-over-year cargo revenue growth for more than a decade.