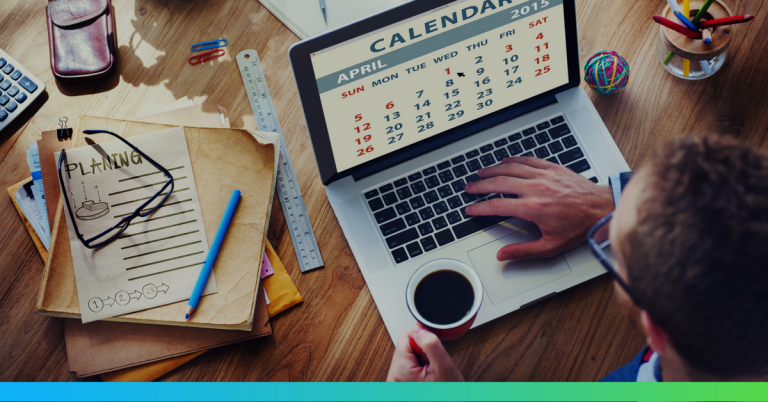 With the year-end fast upon us, World First looks ahead to 32 key retail dates for the coming year.

The first Bank Holiday of the year – a substitute day for New Year’s Day, which falls on a Sunday. The tills will be ringing in high streets, shopping centres and online all day for the January sales.

After the adrenaline of the sales has subsided, Burn’s Night, falling on a Wednesday this year, offers an uplift, especially for sales of tatties, neeps and whisky…

The Super Bowl, the culmination of the USA’s football season, last year saw 112 million Americans tuning in to watch the game. With some 200,000 Americans living in Britain and with many home-grown fans of the sport, this offers a retail opportunity too.

Half term begins: depending on where you are, dates can vary but the first school break of the year means brisk trade for skiwear and more.

St Valentine’s Day, for six hundred years the most romantic day of the year, needs no introduction; roses, chocolates, perfume, jewellery and gifts galore. All this stacks up to being worth around £470m in sales in 2016, according to Mintel, and this was an increase of £10m on 2015 – making love a growth industry. (And online, too, with 20 per cent of the UK’s floral turnover now generated through the web, according to The Florist.)

Running until the 21st is London Fashion Week February, increasingly one of the marquee events on the fashion calendar and big news for anyone with an interest in the rag trade.

St David’s Day: the marking of the Welsh patron saint’s day is growing in popularity and there have been calls for it to be recognised as a bank holiday in Wales, emphasising just how big a deal it has become.

Running at Birmingham’s NEC until the 12 March, Crufts is the world’s biggest dog show. It’s the Olympics meets Miss World for our four-legged friends and a reminder of what big business they are. After all, there are some 8.5 million dogs in the UK alone, according to the Pet Food Manufacturers’ Association.

Florists and chocolatiers of the world unite, it’s Mothering Sunday, otherwise known as Mother’s Day which, according to Mintel, draws an even bigger spend than Valentine’s Day.

Good Friday: as well as the sales of chocolate eggs, the long Easter weekend is often the time when people get stuck into DIY the length and breadth of Britain.

Easter Sunday: the average child in Britain receives 8.8 Easter eggs each year according to the Birmingham Mail.

St George’s Day is growing in stature as an event in its own right, and on the same day there’s the Virgin Money London Marathon; with 30,000 runners and thousands more spectating, this is one of the biggest events in the capital.

1 May – May Bank Holiday

The Early May bank holiday when Britons traditionally hope to spot the sun for the first time since around September and begin to stretch their legs.

Running until 4 June, the Hay Festival takes place in the English-Welsh border town of Hay-on-Wye drawing hundreds of thousands of attendees. With huge media coverage this puts books, as well as Hay, on the map.

The Spring bank holiday coincides with the start of the Summer half term for most of Britain’s children. Food (and more) for thought.

The finals in the America’s Cup, the world’s greatest yacht race, take place in Bermuda, with Team Oracle USA defending its title against the world’s finest, including British team Land Rover BAR skippered by Olympian Sir Ben Ainslie. If this doesn’t unleash Britain’s ‘boaties’ nothing will.

Father’s Day: each year Britons spend some £650m on cards, gifts and other treats for their dads.

Running until June 25 at Worthy Farm in Somerset, Glastonbury Festival is the world’s most famous music festival. Already long sold out, some 135,000 will attend it and it has many imitators. Will it be Wellingtons or bikinis in 2017?

The eyes of the world turn to SW19 for the Wimbledon fortnight. It’s time for strawberries and cream, Pimm’s, and of course, time to dig out or revamp the tennis kit.

The British Grand Prix at Silverstone is the motor racing event of the year which sees thousands trackside for a weekend of practicing, qualifying and more.

Schools are out with most of Britain’s children now off until the start of September. Time is money, as they say.

Summer bank holiday: if the barbecue hasn’t been christened for the year, or if the tent hasn’t been broken out, then now is the moment.

4 September – Back to School

Depending on where you are in Britain, Monday 4 September is likely to be the day when the children go back to school. Expect pens, pencils, calculators, protractors, running shoes and school uniforms to fly off the shelves.

The 2017 Great North Run – the biggest half marathon in the world – takes place from Newcastle to South Shields.

Fashionistas unite in the capital again for the London Fashion Week September, walking down catwalks until 19 September.

Autumn term half term begins. Mumsnet reported last October that a typical family of four spends £552 on half term week to keep the kids amused.

Hallowe’en has been growing in financial importance over the last decade and more in Britain. It was estimated to be worth £466m in 2016 in purchasing on costumes, food, decorations and much more, according to Voucherbox.co.uk, though Mintel put the projected spend at £310m.

Bonfire night remains a big draw across Britain, worth £52m in spending according to Mintel in 2016.

Thanksgiving, with huge numbers of Americans in Britain, both resident and visiting, this festival offers retailers plenty of opportunities. Turkeys aren’t just for Christmas.

Another American import, Black Friday, has been rising in popularity. In 2016 it was estimated that £5 billion would be spent over the Black Friday week in Britain, whether on the high street or increasingly online, with retailers offering discounts typically of 25 to 30 per cent. It’s now followed by Cyber Monday when online offers are poised to help shoppers get geared up for Christmas.

Shoppers spent £24 billion in the run up to Christmas last year, according to the IMRG Capgemini e-Retail Sales Index, of which 27 per cent was online. Then, on the day itself, consumers were forecast to spend in excess of £700m online to take advantage of early deals. According to another analyst, PCA Predict, last Christmas day saw a 21 per cent rise in online sales, with the peak activity between 9pm-10pm. In 2017 Christmas Day falls on a Monday, giving us a Tuesday Boxing Day bank holiday, which means that once Christmas is over, millions of workers will want their spirits lifted on Wednesday, December 28 as they warm up for New Year’s Eve.

On average shoppers in Britain are in line to spend just under £1 billion a day, every day in 2016, based on the Office for National Statistics’ October figures, which saw a 7.4 per cent uplift on 2015 (when the final figure was £339 billion). Whatever 2017 brings – whether it’s more or less than 2016’s figure – one thing is certain: there are some big dates ahead in the year to come and will pay you dividends to be well prepared for them.