Job performance, not politics, should be basis for decisions on deans 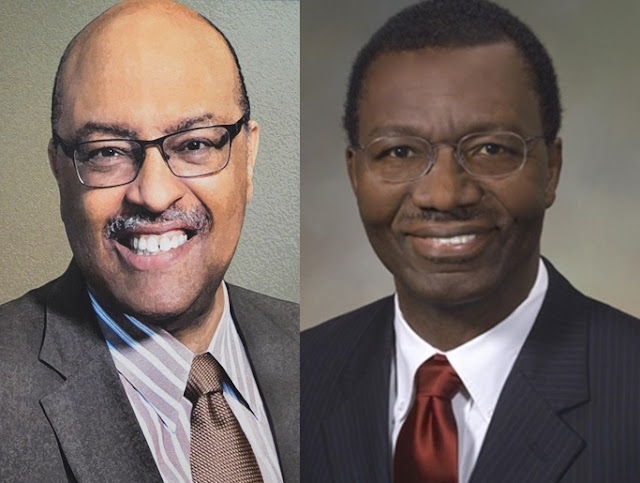 Concerns about whether four FAMU deans will soon be shown the door for reasons that have nothing to do with the university’s best interests have grown on campus in the wake of the questionable exits of two other deans in 2015.
At the June meeting of the Famu Board of Trustees (BOT), School of Business and Industry (SBI) Professor Clyde Ashley warned that four current deans might be targeted. He said those individuals were School of Architecture and Engineering Technology Dean Rodner B. Wright, SBI Dean Shawnta Friday-Stroud, College of Pharmacy and Pharmaceutical Sciences Dean Michael D. Thompson, and School of Journalism and Graphic Communication Dean Ann L. Wead Kimbrough.

Crunchyroll – How to Watch Anime Onli…
Get Managed IT Services in Plano Toda…
How To Learn Cryptography as a Progra…
Homebuyers anticipate lockdown exit a…
How Universal Basic Income Gets Attra…
Ashley’s comments come at a time when a growing number of FAMU professors are speaking out about the way President Elmira Mangum and Provost Marcella David are running the Division of Academic Affairs. There have also been faculty complaints accusing the administration of trying to harm the tenure system, toss aside shared governance, and bully student reporters at The FAMUan.
The abrupt resignations of College of Law Dean LeRoy Pernelland FAMU-FSU College of Engineering (COE) Dean Yaw D. Yeboah last year have only added to doubts about whether Mangum and David are committed to the fair treatment of professors.
Pernell served as the dean of the FAMU law school from 2008 until to June 2015. He led the college to full accreditation from the American Bar Association in 2009 and full accreditation reaffirmation in 2014.
One of Pernell’s biggest contributions was the creation of the Academic Success & Bar Preparation Program in 2009. The Bar Exam Success Training program, a centerpiece of the initiative, helped FAMU’s first-try passage rates on the Florida Bar dramatically improve over those six years. FAMU has topped the University of Florida’s first-try rate three times since the program was established.
Ever since Pernell announced his resignation in 2015, questions have swirled about whether he was pushed aside despite his strong performance in order to make way for a replacement who would be less likely to stand firm against harmful micromanagement.
Yaw Yeboah also stepped down from the COE deanship that same year. The announcement came amid a shakeup that handed FSU President John Thrasher all the cards for deciding the future of the deanship.
Back in 2012, then-FAMU President James H. Ammons and FSU President Eric Barron agreed to choose Yeboah to head the COE.
Ammons liked Yeboah’s proven commitment to historically black colleges and universities (HBCUs). Yeboah had previously served as an associate dean at Clark Atlanta University (CAU), an HBCU, and built an engineering program there. He was also the technical director of the Research Center for Science and Technology at CAU from 1995 to 2004. One of Yeboah’s accomplishments at CAU was serving as the co-principal investigator for a $498,966 National Science Foundation grant for a Computer Science, Engineering and Mathematics Scholarship Program from 2000 to 2004.
Yeboah had emphasized the diversity component of the COE mission during his short time as the dean beginning on July 1, 2012. He spoke on a regular basis about the need to increase diversity at the college and in professional engineering jobs.
But the new focus of the COE appears to be Thrasher’s goal of helping FSU become one of the top 25 public universities, with little regard for FAMU.
Less than three years after Yeboah started, a June 2015 press release said that he, as a professor with tenure at FSU, would step down on July 31. Mangum agreed to jointly appoint an FSU associate dean as Yeboah’s interim replacement. She then agreed to jointly appoint former FSU presidential candidate J. Murray Gibson as the permanent dean on a FAMU tenure line.
At a July 21, 2015 FAMU BOT committee meeting, Mangum said “our daily involvement in the College of Engineering will emanate from the leadership position of Dean of the College of Engineering.” But if Gibson is still working toward the goal of becoming the president of FSU, there’s little chance that he will take any risks to help FAMU that might hurt his relationship with the FSU BOT.
Yeboah’s exit from the deanship appears to have nothing to do with how well he did his job and everything to do with the political dealings that cleared the way for Thrasher and the FSU BOT to take hold of the direction of the COE.
Job performance, not politics, is supposed to be the basis for making decisions about deans.

Job performance, not politics, should be basis for decisions on deans