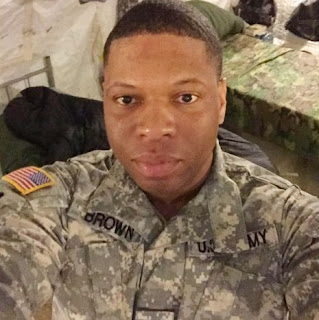 Yesterday, Florida A&M University released the following condolences for an alumnus who died from injuries he suffered during the recent mass shooting in Orlando:
Our hearts go out to all of the families of those affected in the tragic shooting that took place in Orlando on Sunday morning.  The horrendous incident happened not far from the Florida Agricultural and Mechanical University Law School in downtown Orlando.

How To Get Health Insurance Without A…
Partnering with Clergy to Prevent Dom…
Bitcoin Miner Jailed After Stealing A…
King King Announces October 2021 UK T…
We are especially saddened by the news that one of the victims was part of the FAMU family.  29-year-old Antonio Davon Brown was a criminal justice major from Cocoa Beach, Florida and a member of ROTC during his time on the Hill. He graduated from FAMU in 2008 and is being remembered fondly by classmates and fellow alumni on social media.
In the meantime, the Florida A&M University community stands with the entire Orlando community in the wake of tragedy.  Our thoughts, and prayers for peace, are with everyone in central Florida and across this nation.


This post first appeared on Rattler Nation, please read the originial post: here
People also like
How To Get Health Insurance Without A Job
Partnering with Clergy to Prevent Domestic Violence
Bitcoin Miner Jailed After Stealing Almost $44,000 Worth of Electricity
King King Announces October 2021 UK Tour