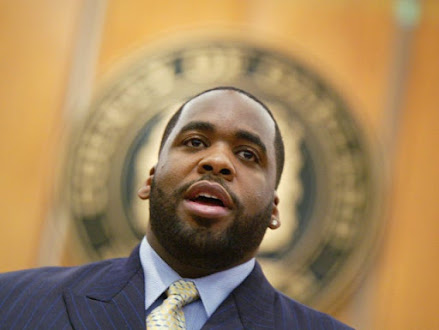 President Donald Trump, late last night, commuted the sentence of ex-Detroit Mayor Kwame Kilpatrick, a 1992 graduate of FAMU and former Rattler football player, freeing him 20 years early from public corruption crimes he was convicted of in 2013.

Trump — who like Kilpatrick left office in disgrace, impeached twice during his four-year term — included Kilpatrick on his clemency list, setting him free, when no one else would. Since his conviction, Kilpatrick had lost all appeals. The U.S. Supreme Court refused to hear his case. He sought a commutation from President Barack Obama, but it was denied.

In the end, it was Trump who came through for Kilpatrick — a lifelong Democrat who in 2019 wrote Trump a letter praising him and congratulating him on his "unprecedented success" in office.

"Mr. Kilpatrick has served approximately 7 years in prison for his role in a racketeering and bribery scheme while he held public office. During his incarceration, Mr. Kilpatrick has taught public speaking classes and has led Bible Study groups with his fellow inmates," Trump wrote.