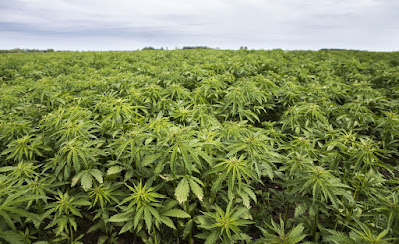 FAMU, and its partners Bazelet Oglesby, yesterday announced that it has developed the nation, and perhaps the world’s first, THC-free cannabis plant. The Panakeia Plant, as it called, is being produced as part of FAMU’s Industrial Hemp Pilot Program, which the university was granted authorization to launch in 2017 by the Florida Legislature.

The Panakeia plant variety is the most promising of all cannabinoids for broad use in food, drug and cosmetic applications. It is a unique plant both in the lab and as well as in the field.

"Having a truly THC free genetic is going to be a game changer for Florida farmers," said Burgett. "This will allow farmers to maximize their crop yield, without the risk of having to destroy a non-compliant crop."

"The potential of this cannabis variety and the major cannabinoid found in the Panakeia plant is like no other," added David Grand, Bazelet's Research Director. "I look forward to working with colleagues, scientists, farmers and patients globally, to study, innovate and access the potential of this plant."

"The University is pleased to partner with Green Earth Cannaceuticals and Bazelet Oglesby in the Industrial Hemp Pilot Project," said Charles Weatherford, Ph.D., FAMU Vice President for Research. "The scientific analysis of Panakeia indicated zero percent of Delta 8 or Delta 9-THC and a high CBG content and is indicative of a significant commercial value with very small risk to hemp farmers in Florida."