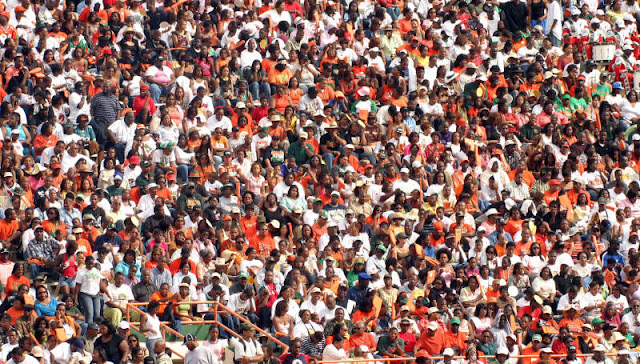 It is now official: Rattler Nation is among the most loyal and passionate fan bases in the country, as Florida A&M University finished ranked number three (3rd) in average home attendance in the Football Championship Subdivision for the second straight year.
The Rattlers drew 76,1901 fans to venerable Bragg Stadium in 2017 – its’ 60th year of operation – for a per game Average of 19,048 fans for four home games.
That per-game average was also tops among Mid-Eastern Athletic Conference members, with North Carolina A&T ranking 10th at 15,697, and highest among all Historically Black Colleges and Universities (HBCU), with Prairie View (Tex.) eighth at 17,803.