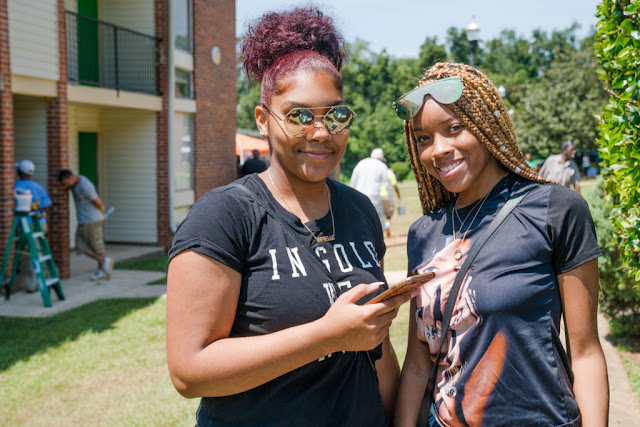 Lots of FAMUans publicly spoke out with their concerns about the slow administrative response to the problems Rattler students found at the Palmetto Street North Apartments on move-in day back on Tuesday, August 24. But some defenders of former President Elmira Mangum used that moment to spread more bogus information similar to what was on the discredited 2016 online petition that demanded a contract extension for her.
One untrue claim that circulated on the unofficial “FAMU Alumni” Facebook group was that Mangum wanted to Replace Palmetto North, but Interim President Larry Robinson threw out those plans and just decided to keep that complex on an indefinite basis.

Where Do You Keep Your Money In The C…
Things You Should Stop Worrying About…
Top 10 Sites to watch Telugu Movies O…
Top 10 Best Sites Like GoStream To Wa…
How to Clean a Cuisinart Coffee Maker…
Robinson has said that he wants to tear down and replace Palmetto North. University officials told WJXT-4 in Jacksonville that the interim administration aims “to replace the 45-year-old dorms with new facilities as a long-term solution.”
Mangum talked about replacing Palmetto North, which was closed from 2014 to 2017, with a new “Living-Learning Community.” But she never secured any financing to make that happen. Robinson wants FAMU to continue to use Palmetto North until FAMU obtains funding for a new apartment complex.
Back in 2016, Mangum said she planned to seek money to build the “Living-Learning Community” through the U.S. Department of Education HBCU Capital Finance Program. A FAMU application for this program will be up against those by many other HBCUs that have much more dire capital financing needs than Palmetto North.
FAMU and the other public universities in Florida mainly rely on bonds that the state sells to private companies to build on-campus housing. But FAMU needs to repair its Dormitory Bond Rating in order to get a more competitive bond rate.
Back on October 27, 2016, a press release by Moody’s Investors Service announced the company’s decision to downgrade to “Baa1” FAMU’s $38 million Series 2012A Dormitory Revenue Bonds issued by the Division of Bond Finance on behalf of the Florida Board of Governors. It reported that the “outlook is negative.”
Mangum began her presidency on April 1, 2014. Eight months later, on December 1, 2014, Moody’s gave FAMU an “A3” rating, which is one level higher than the current rating of “Baa1.”
“The downgrade is based on a material deterioration of the university’s fiscal position with prolonged enrollment declines and limited revenue raising ability,” the 2016 press release stated. “The housing system has not met projected revenue growth and debt service coverage from pledged revenues remains thin.”
Moody’s had warned back in 2014 that continued monetary losses from enrollment declines could negatively affect FAMU’s rating. But despite those warnings from Moody’s, Mangum didn’t stop the enrollment decline. That led FAMU to lose another $9M+ in tuition and fees in 2015-2016.
Robinson has gotten enrollment up this year, which will put FAMU on the path to a better dormitory bond rating.  Moody’s said that “materially improved university-wide cash flow performance leading to sustained growth in flexible reserves” and “increased enrollment with consistently strengthened debt service coverage for the housing bonds” could improve FAMU’s rating.