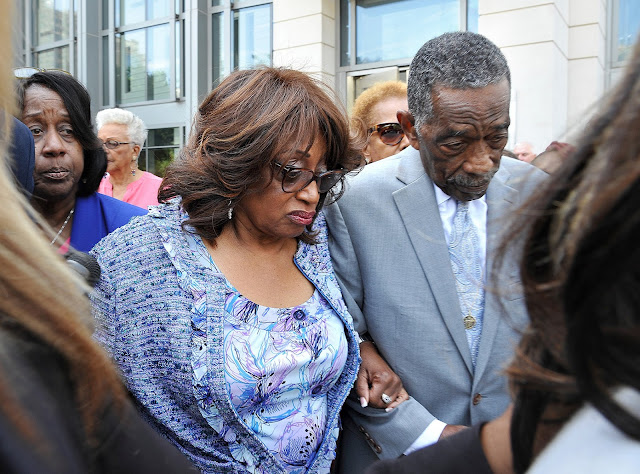 Easy Pizza Pinwheels Kids Love
Mr Vegas Casino Review – Get up to a …
Why Furries Make Excellent Hackers
About Rear-End Collisions
18+ Adult Movies Of All Time To Fulfi…
“Former Congresswoman Brown chose greed and personal gain over the sacred trust given to her by the community that she served for many years,” said Acting U.S. Attorney Muldrow. “These guilty verdicts underscore our Office's resolve in holding public officials at all levels of government accountable for their actions. In this case, former Congresswoman Brown stole money that was donated on the false promise of helping further the educational goals of underprivileged children.”
“Former Congresswoman Corrine Brown violated the public trust, the honor of her position, and the integrity of the American system of government when she abused one of the most powerful positions in the nation for her own personal gain. She shamefully deprived needy children of hundreds of thousands of dollars that could have helped with their education and improved their opportunities for advancement, and she lied to the IRS and the American public about secret cash deposits into her personal bank accounts,” said Acting Assistant Attorney General Blanco. “The Department of Justice is committed to fighting corruption and fraud wherever we find it, at all levels of government, regardless of their power and influence.”
“Former Congresswoman Brown took an oath year after year to serve others, but instead she exploited the needs of children and deceived her constituents to advance her own personal and political agendas,” said Special Agent in Charge Spencer. “Corrupt public officials undermine the integrity of our government and violate the public’s trust, and that is why investigating public corruption remains the FBI’s top criminal priority. I am proud of our special agents, analysts and support personnel who spent countless hours following the money trail in this case, and thank our law enforcement partners at the IRS-CI and U.S. Attorney’s Office for their efforts to hold Brown and her associates accountable for their inexcusable actions.”
“Former Congresswoman Corrine Brown failed to deliver and uphold her duty to file true and correct tax returns by lying about her income and charitable contributions to feed her greed. No one is above the law, including those in a position of public trust, and there isn’t a separate standard when it comes to paying taxes, said Chief Weber. “IRS CI, along with our law enforcement partners, will hold accountable those who violate the tax laws and cheat the taxpayers.”
Brown, 70, of Jacksonville, was convicted on 18 counts of an indictment charging her with participating in a conspiracy involving a fraudulent education charity, concealing material facts on required financial disclosure forms, obstructing the due administration of the internal revenue laws and filing false tax returns. The jury also found Brown guilty of violating the Ethics in Government Act by concealing certain income on the required annual financial disclosure forms she submitted to the U.S. House of Representatives.
Judge Timothy J. Corrigan of the Middle District of Florida noted that he would schedule Brown’s sentencing for a later date.
Brown’s co-conspirators, Elias “Ronnie” Simmons, Brown’s long-time Chief of Staff, and Carla Wiley, the president of the fraudulent charity, previously pleaded guilty to their roles in the education charity scheme on Feb. 8, 2017, and March 3, 2016, respectively.
Evidence at trial showed that between late 2012 and early 2016, Brown participated in a conspiracy and Fraud Scheme Involving One Door for Education – Amy Anderson Scholarship Fund (One Door) in which Brown, Simmons, Wiley and others acting on their behalf solicited more than $800,000 in charitable donations based on false representations that the donations would be used for college scholarships and school computer drives, among other charitable causes. Testimony by One Door donors showed that Brown and her coconspirators solicited donations from individuals and corporate entities that Brown knew by virtue of her position in the U.S. House of Representatives. Many of the donors were led to believe that One Door was a properly registered 501(c)(3) non-profit organization, when, in fact, it was not.
Contrary to Brown’s representations, Brown, Simmons, Wiley and others used the vast majority of One Door donations for their personal and professional benefit, including tens of thousands of dollars in cash deposits that Simmons made to Brown’s personal bank accounts, according to trial evidence. In one instance, Simmons deposited $2,100 of One Door funds into Brown’s personal bank account the same day that Brown paid $2,057 to the IRS for taxes she owed. Likewise, trial evidence showed Brown and Simmons used the outside consulting company of one of Brown’s employees to funnel One Door funds to Brown and others for their personal use.
Trial evidence also showed that more than $300,000 in One Door funds were used to pay for events hosted by Brown or held in her honor, including a golf tournament in Ponte Vedra Beach, Florida; lavish receptions during an annual conference in Washington, D.C.; the use of a luxury box during a concert in Washington, D.C.; and the use of a luxury box during an NFL game in the Washington, D.C., area. According to trial evidence, despite raising over $800,000 in donations, One Door granted only two scholarships totaling $1,200 that were awarded to students to cover expenses related to attending a college or university.
Additionally, trial evidence demonstrated that Brown failed to disclose, among other things, the reportable income she received from One Door and claimed deductions on her tax returns based on false statements that she made certain donations to One Door, as well as to local churches and non-profit organizations in the Jacksonville area.
The FBI and IRS-CI investigated the case. Assistant U.S. Attorneys A. Tysen Duva and Michael J. Coolican of the Middle District of Florida and Deputy Chief Eric G. Olshan of the Criminal Division’s Public Integrity Section prosecuted the case.


This post first appeared on Rattler Nation, please read the originial post: here
People also like
Easy Pizza Pinwheels Kids Love
Mr Vegas Casino Review – Get up to a £200 Bonus on your First Deposit
Why Furries Make Excellent Hackers
About Rear-End Collisions
18+ Adult Movies Of All Time To Fulfill All Your Sexual Fantasies| Lolita, Exotica and More
The Ultimate Guide To Obtain a Europe Residence Permit
Carpenter Ants in House