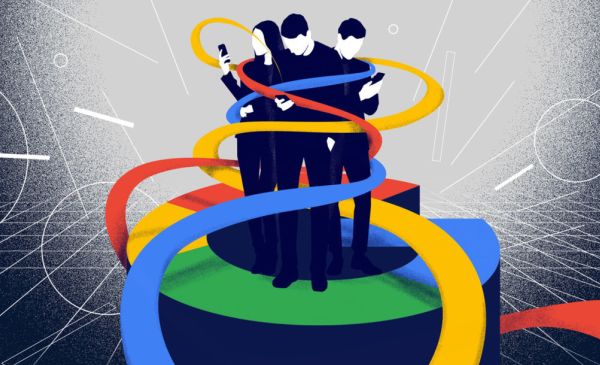 After a recent talk at the Yale CEO LATAM Forum in Miami, the CEO of one of the largest insurance companies in Latin America came up to me and said, “I hate Google.” I responded by saying “that sounds pretty harsh” and asked why he felt so strongly. His response was both simple and telling. He said that Google was “extorting much of my profits.” He said that, in his home country via our cell phones, Google now has the ability to show that Driver A has a heavy foot on the gas, Driver B doesn’t leave enough space between his car and the one in front, while Driver C respects all traffic rules—including speed limits.

Therefore, armed with such data from Google, insurance companies can now better match risk-rate profiles of their customers and charge premiums for drivers who are high-risk. However, Google wants a significant “cut” of the resulting profits. Indeed, according to this CEO, if one insurer doesn’t pay up, Google will sell similar information to competitors; thus, non-payers are at a significant disadvantage vis-à-vis their rivals. In sum, Google owns a key Strategic control point in this industry—data on drivers’ locations and speeds—and is demanding a cut of insurer’s margin as a result.

There are many things that Google must have in place in order to exert such margin pressure. Primarily, of course, they need to be able to access the data. In the example above, Google is accessing data via its Android operating system and a location-based app (Google Maps). According to the insurance executive, over 90 percent of the phones in his home Market use one and/or the other. Combined, this give Google access to movement data for over 90 percent of drivers on the road. In addition, they need digital mapping and navigation software (Google Maps, Waze). So, Google has slowly been building the infrastructure to gather and own the data that they need to extract margins from this insurance executive’s company.

The basic premise is that today’s successful companies are those that are able to exert strategic control (i.e., “the Stick”) and align incentives (i.e., “the Carrot”):

1. The “Stick” (Strategic Control Points): A strategic control point is a part of a market that, if controlled by one party, can be leveraged for superior margins; this can be in the supply chain, a related business or even in an unrelated market, such as patented intellectual property (IP) or the supply of critical inputs for production. For example, by controlling a critical input, a firm can often leverage this to earn superior margins throughout its value chain.

Indeed, many successful companies find points of strategic control and develop unique capabilities in core markets; however, companies that have long-term success in today’s business environment are those that are able to leverage strengths across multiple (vs. singular) markets — the “competitive ecosystem.” No longer will successful businesses be able to focus solely on their primary industries: (1) For instance, Google’s entry into internet provision (i.e., via its Fiber, Loon and other related projects) will enable it to succeed via diverse offerings (e.g., mobile phones, searches, maps and the provision of television content); (2) Amazon now leverages an online platform—Amazon Marketplace—to take a cut of transactions in just about every legal industry in North America; (3) Amazon’s Blue Origin, Airbus’ Zephyr and OneWeb constellation of satellites, and Elon Musk’s SpaceX threaten Boeing’s satellite and space business; (4) Smaller, nimbler cyber security firms threaten Lockheed Martin’s defense business, (5) Mobile payments (e.g., Apple Pay, Samsung Pay, Google Pay, Venmo) threaten to undermine traditional players. And the list goes on.

Business success will always be about “competing in the right space.” If you compete well but in the “wrong” part of a market (e.g., where the margins are thin or where you are squeezed by someone else who exerts power on your core market), you will not be successful—regardless of how well or vigorously you compete. Today’s markets are different and the competitive game can reverberate not only throughout an industry’s value chain but also across markets. Thus, today’s competitive environment is no longer about simply being successful in an isolated part of the market – the new game is one of competition across different markets.

2. The “Carrot” (Vertical Incentive Alignment): Contrasting with the “stick” of strategic control is the “carrot” of incentive alignment. Vertical incentive alignment refers to the concept of aligning upstream and downstream incentives (i.e., those of suppliers and customers) to be compatible with your own: setting up your entire value chain and customer-incentive structure so that it is in their best interests to do what’s in your best interest.

The utilization of a “Carrot” and a “Stick” together is central to successful, modern-day strategy. Indeed, the use of strategic control and vertically aligned incentives together is material to the financial performance of firms. For example, a detailed statistical analysis of the financial performance of firms in the S&P 500 revealed that when firms do an exceptional job utilizing strategic control points and aligning vertical incentives, their Earnings Before Interest, Taxes and Amortization (EBITA) more than doubled from 2009 to 2016 (with almost 70 percent share price appreciation). Conversely, those that performed poorly on both the “carrot” and “stick” actually had EBITA decline over this period—and appreciably worse share price performance.

Thus, the key strategic principles necessary for winning in today’s hyper-competitive business environment are strategic control points (i.e., the “Stick”) and vertical incentive alignment (i.e., the “Carrot”). The utilization of these concepts – in concert – can provide unique competitive advantages for you and your organization.

Use it to your advantage.

Contributed to Branding Strategy Insider by: William Putsis, Author of The Carrot and The Stick: A Strategic Control Approach To Winning In Today’s Connected Markets

At The Blake Project we are helping clients from around the world, in all stages of development, redefine and articulate what makes them competitive at critical moments of change through online strategy workshops. Please email us for more.

FREE Publications And Resources For Marketers

Illustration by Mario Wagner for POLITICO