The Bhakts have posted a stinging display of their power in the just concluded US elections by lobbing a human hand grenade into the mainstream American Political System. They are hoping that the explosion will be strong enough for the political elites who have repressed, ridiculed and relegated them, to take their ear buds out and ask each other ”did you feel those tremors”.

After decades of liberal rule, India contended with same force in last general elections and as a scripted prequel to the current US mandate, it also swept a divisive demagogue to power. Modi had to be politically more astute than Trump, as India is a far more divided land along religious, language and caste lines than US, but he used the same constituency for his campaign success. This army of majoritarian bhakts once empowered, continue to be active in driving the society apart.

This constituency though exists in every society ( they were leveraged for Brexit), Middle East is full of them and France and Germany will have their tryst with them in 2017.

So here is a quick psycho-graphic sketch of Bhakts, starting with their definition:

So the cause can be any: religious, ethnic, racial, cultural or even commercial, Bhakts bring wholehearted passion, energy and un-reason to it. Here are certain personality attributes that you will find in a typical Bhakt of any stripe:

1) S/he will be a low self esteem person whose inferiority complex wears many masks. As a compensation for their innate insecurities they will gravitate and glorify a strong leader ( hero worship……Putin, Modi, Hitler, Trump), strong ideology or any extreme cause. For the same reason Bhakts are extremely reverential towards authority, scriptures and ancient traditions.

2) Often being from low income groups, broken families, minority community or underprivileged backgrounds, bhakts carry a chip on their shoulder and blame externals for all of their ills. Outsiders/Muslims/Christens/Jews/Hindus anyone can be the villain and globalization/unjust wars/interference/blasphemy or any other attribute can be the method of perpetuating that villainy. They obsess over and hate, what they most fear.

3) Bhakts argue in stereotypes and characterize others with very broad strokes as their world exist in black and white. All of them have a resident disdain for intellect, reason and nuance and thus get easily instigated by simplistic arguments, propaganda and demagoguery. They are excited by building walls, erecting tariff barriers, carrying surgical strikes and screaming others down.

4) Once converted Bhakts are so steadfast in their biases, which work almost like their defense mechanism, that cognitive dissonance ( your beliefs shifting naturally to align with available evidence) goes into reverse . Evidence that contradicts their beliefs mentally transforms to support their existing world view. Thus their beliefs continue uninterrupted whatever the evidence against them might be. They are so right that they can stake their life on being right or take someone else's, for being so wrong.

Western Civilization for long had been the bastion of liberals while poor and religious Asia, even historically, was a fiefdom of Bhakts. However history has turned on its head now, as west like India, seems to be bowing down to its innate legions of converts. Though the cycle may reverse but in near term, a dark cloud hangs over the whole world.

Bhakts in India had only anointed a fox but in US they have let a raging bull loose in the china shop. No window is safe anymore. 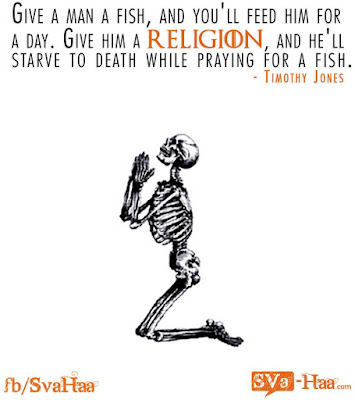 Merry Christmas and Mahatma Gandhi
Wazirx CEO Nischal Shetty on the Indi…
Best Gaming PC Build for 1440p: Under…
Best Places Where You Can Plan Your D…
Incidence and Prevalence of Top 5 Eye…