Millennials got talent: impressions from UNLEASH 2016

While the Spanish economy is going through challenging times – with the youth unemployment exceeding 40% – the current economic state is not as grim as it might seem at first. The team at PANGEA was fully determined to make the UNLEASH festival happen to show the Spanish youngsters and the world that there is a long-awaited silver lining.

Juvenile diabetes and life insurance
Moffat Camping and Caravanning Club S…
George Floyd Protest Against Police B…
Rumour Has It: Real Madrid focus on M…
How to Leverage Entrepreneurship and …

“PANGEA’s vision is to Unleash the enormous, yet latent potential of the Millennial generation”, says Kenza Bouzoubaa, head of PANGEA Awake. “We are going to offer more exciting opportunities for Young people to take an active role within their communities and networks.”

400 attendees from over 100 countries were hand-picked to join the festival to get inspired by the 11 outstanding keynote speakers. While they also belong to the Millennial generation, their inspiring and thought-provoking success stories serve as examples to others.

PANGEA is designed to be the first and largest platform to awaken, empower and connect young talent in every corner of the world. In a society full of pessimism where young people themselves do not believe in their capabilities and are insecure about what they can achieve, UNLEASH changes that mentality, showing them that the Real Change Starts here, now.

While it is common to blame the Millennials for being lazy, entitled and narcissist, the speakers’ line-up would impress the most hopeless skeptic about the Generation Y.

Here are some of the present speakers: Flynn McGarry, the youngest culinary prodigy in the world; Asia Newson, the youngest entrepreneur of America at the age of 6 and Daniel Gómez, Founder of Solben, a company that transforms animal and vegetable oil into biodiesel and that currently holds an 80% share of the Mexican market.

FAST FACT
1.7 billion people or 25.5% of world population are millennials.

The festival, as well as other PANGEA initiatives, are meant to open the eyes of those who are insecure and show them that everything is possible as long as you aim and fight for it.

“In a society full of pessimism, where young people do not believe in their capabilities and are insecure about what they can achieve, UNLEASH came to change that mentality, showing them that the real change starts here, now”, concluded Kenza.

And the changes are already noticeable.

Noticeable to the extent that made the senior management of the leading international corporations realize the important role the Millennials will play. That’s why Accenture, Endesa, EVO Banco, Fundación Rafael del Pino and Telefónica Open Future_ were widely represented at the festival.

“We believe in the power of youth and what unconventional ideas can come from this amazing generation,” said Maria Paz Comesana Pérez, Director of Marketing and Business Development at EVO Banco in an interview to AlphaGamma. “We are currently working together with PANGEA and their bright team of young professionals to solve the next challenges in banking”.

When asked about the vision of the consumer banking, the spokesperson suggested that the “pocket banking” is going to be the next big thing. “We are carefully investigating the success of AirBnB and Uber, and we think the concept of the sharing economy combined with the mobile banking will be the next disruptor”, stated the expert.

Digital health is a blossoming industry today as more startups and organizations want to leverage the technology to solve the pains points the modern healthcare is facing.

So does one of the speakers of UNLEASH, Neha Kinariwalla. As the founder of the Neurology project, she attempts to make descriptions of neurological disorders as extensive, understandable and accessible to the public as possible. This way, the Neurology project would help millions change lives for a better.

“It is remarkable to see so many young entrepreneurs and ambitious people coming from different parts of the world,” Neha stated during one of the panels at UNLEASH 2016, “This event just proves that talent is everywhere.”

When mentioned her professional career, Neha “became interested in healthcare from a young age when she realized how much we can improve upon in the field of medicine – particularly in mental health.”

FAST FACT
Approximately 20% of youth aged 13-18 experience severe mental disorders. Half of all chronic mental illnesses begins by the age of 14.

“The problem is”, continued Neha, “that despite effective treatment, there are long delays – sometimes decades – between the first appearance of symptoms and when people get help. Yet, sometimes there is no treatment at all.”

While the digital health is a broad field, the Humanology founder is convinced that access to care is going to be the most disrupted.

“Neurology is still a growing field, but a pressing issue is simply having access to medications, to physicians, and simply put, to treatment. Technology bridges that gap with mobile phones and video calling, physicians can reach corners of the world which were unreachable 5 years ago”, said Neha.

“Neurology is still a growing field, but a pressing issue is simply having access to medications, to physicians, and simply put, to treatment. Technology bridges that gap with mobile phones and video calling, physicians can reach corners of the world which were unreachable 5 years ago”, said Neha.

Neha suggests young founders to be competent in the chosen field. “As a young person, you may not be familiar with everything, but you should definitely be familiar with the topic you’re trying to tackle. This will give you confidence and make you look credible in the eyes of your partners, clients, and team members.”

Are we the selfish & narcissist “ME ME ME” generation or the ones that will change the world?

Millennials want to be engaged and heard

Traditional media is another area that is going through a transformation. Elite Daily is one of the notoriously known “rebels” in the field that attempts to shake things up.

“At Elite Daily, we live by the A.R.T principle. That means that all our articles are Authentic, Raw, and Transparent “, said Kaitlyn Cawley, Editor-in-Chief at Elite Daily during the speech at UNLEASH 2016. “By doing so, we, as a social publisher, are able to focus on stories that resonate with our readers and create emotions among our followers.”

To describe how the platform’s content is different from other media outlets that serve the Millennials, Elite Daily coined a term “click encouragement”.

“More than 7,000 guest authors write articles for us, and we want to make sure our content is up to a certain standard. While it is typical for media outlets to have click-bait headlines that lead readers to disappointment, Elite Daily aims to make readers enjoy their articles so they would naturally return to the website.” 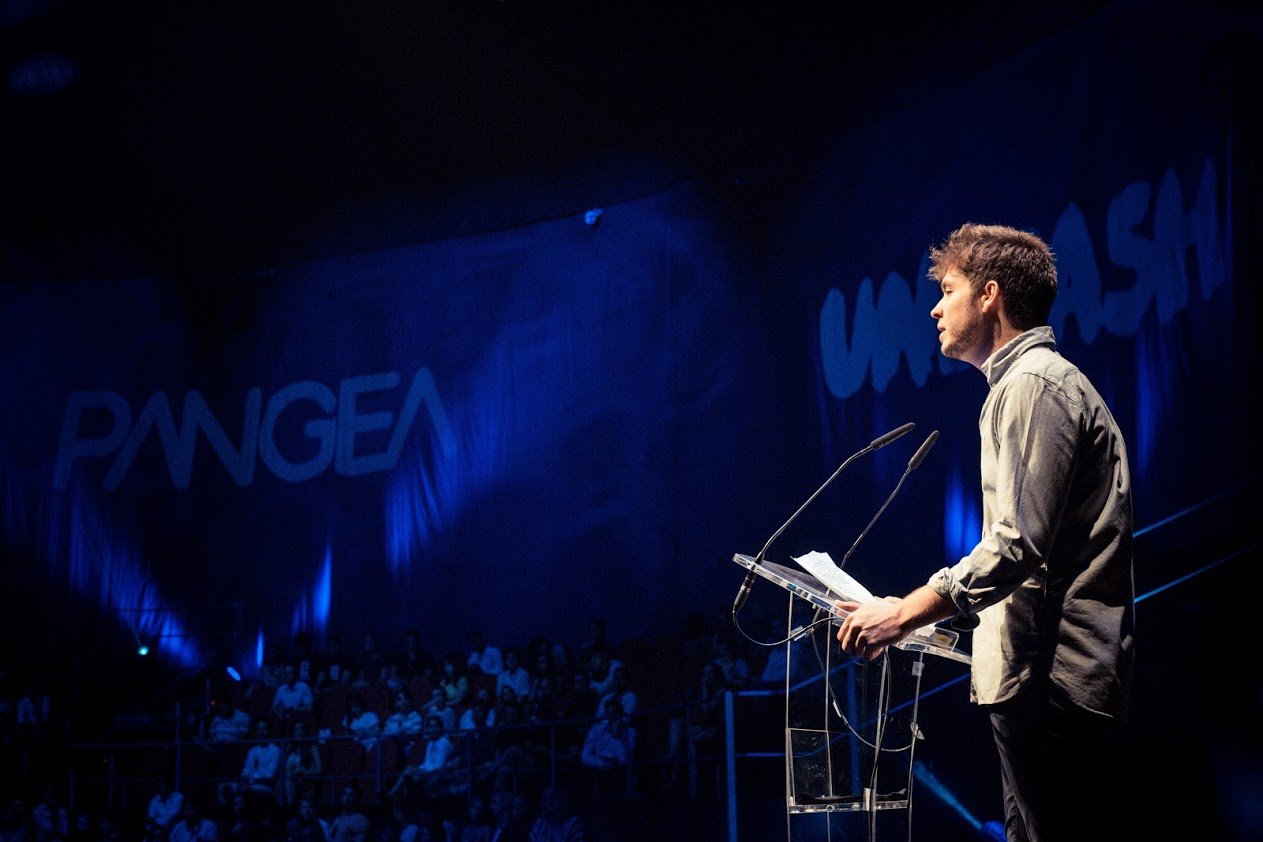 Pablo González, CEO and Founder of PANGEA: “Madrid will become the capital of young talent and Spain will turn into a magnet for innovative and daring ideas. Youth to play the leading role.”

The PANGEA team has big plans for the years to come.

For example, Madrid has the ambition of becoming the capital of young talent, so Spain as a whole would turn into a magnet for innovative and daring ideas.

Since PANGEA wants to improve the mindset of young professionals and make them believe in what they are capable of and the impact they can create, it is going to be around for a long time.

“PANGEA is here to last, our vision is all about how young people see its future, and the future never ends, so does Pangea,” concluded Natalia.

The post Millennials got talent: impressions from UNLEASH 2016 appeared first on AlphaGamma.

Millennials got talent: impressions from UNLEASH 2016