Is it Time To Laugh Yet? Funny Patient Moments to Lighten Your Day 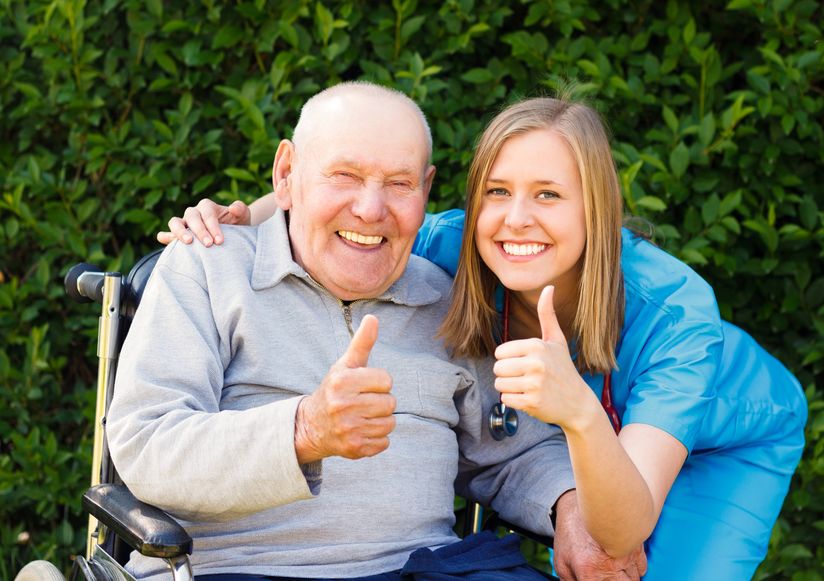 Let’s be honest. Working in healthcare can be super stressful. The Funny things our patients say and do give us a much needed break from the hectic, the serious, and the mundane parts of our work. Laughter is so good for us, and for our patients, too. Here are some of my personal favorite patient memories.

Karen Wiesner: I Have Dreamed a Littl…
BLM in Maternal Health: How to Fix th…
Building a Talent Pool in a Tight Mar…
Best Restaurant in Lagos: Farm City L…
Mental Slot Review and Playtest (NoLi…

When you’ve worked in healthcare for a number of years, at least when things are going haywire, you just don’t get as stressed out as you used to and can instead think, I’m going to Laugh about this someday…

I was working the night shift at the hospital and got a report on Harold.* There was nothing too out of the ordinary to report at 3 PM, but apparently 7 PM was his sundowning time to shine. He started refusing all medications I tried to give him, including his IV antibiotics and continued to refuse all meds throughout the night. Clothes became something he was no longer interested in, and coincidentally, his roommate felt the same way. Both were older white haired men, pleasantly confused, awake all night, and perfectly happy to be naked. Keeping them lightly covered wouldn’t last longer than a few minutes. At one point Harold pulled out his IV and his Foley too. He didn’t sleep all night. Around 6 AM I heard him say, “I’m so sorry nurse…” realizing how he had behaved. He compliantly took all his 6 AM meds. I told him, “It’s ok; it’s not your fault.” I gave report to the day nurse with Harold now back to his normal self and probably about to sleep all day after his busy night. The sight of walking in that room and seeing both patients wide awake and naked, and his apology later pops in my mind at random moments and is a funny reminder of just how crazy a regular night at work can be.

I was getting report and was told about one patient, “Be careful, she’ll goose you.” “What do you mean she’ll goose me?” I asked. The reporting nurse said that if you’re between the two beds in the room, she’ll reach out and goose you. Sure enough, I was in her room assessing her roommate, and when I went between their beds I saw her looking. I looked and pointed at her and said “No…” She just smiled. People are just so funny.

I was doing patient rounds in the hospital, and as I walked past my one female patient and glanced in, I saw what looked like a canvas of blue, white, and grey as everything looks in a typical hospital room, with a small burst of hot pink. I looked in to see my patient sitting up in bed with hot pink lipstick on. She said, “I just needed a little pick me up” with a smile. So cute.

Similarly, I was assessing one female patient that was basically white or grey from her hair all the way down her gown, bedding, etc. When I uncovered her feet to assess them, I saw 10 beautifully pedicured pink toes. I was so surprised, they were in stark contrast from every other inch of her. I told her, “Your toes look better than mine!” She smiled and said she knew she would be coming into the hospital, so she got them done before she came in.

Marian had advanced dementia and couldn’t talk anymore. For months I helped take care of her and her husband who also lived there. One morning, around 8 AM, I went quietly in her room to not startle her awake for her morning meds. As I kneeled down near her to put a new patch on her, with everything still quiet she said loud and clear,  “How’s your mother?” It was one of those moments you can’t believe you’re the only one that just heard that. “Um..she’s doing ok!” I answered. I told my mom later about it; she got a good laugh too.

Gary was so fun. He lived in the Caribean for many years,  and had on his MAR a PRN Pina Colada per patient request. He was always lighthearted and gregarious. When I would bring his pills in for him, he would nonchalantly say, “Thanks, just put them over there in the garbage.” Such a joker. Sometimes Gary would look like he was sleeping when I came in. “Gary?” “I’m dead,” he would say. “You are not dead. I have your pills for you.” Gary lived to be over 100 and was cracking jokes even when he was winding down.

Joe is such a character. Totally diabetic, brazenly whizzing around in his electric scooter with a big fat donut in his hand. One day I had told Joe I would do the wound care on his bottom in a few minutes. The next thing I see is Joe whizzing off down the hall toward the elevator. After basically chasing him down, he just chuckled and said, “I almost got away.”

John loved to sleep. So much that we had a plan to keep him up if he was still in bed by 11 AM. When he got up to use the bathroom, I raised his bed up high so he wouldn’t try to get back in, and we could help him with his morning care and breakfast. A few minutes later I looked in and saw John in bed sleeping soundly with the covers pulled up. I asked what happened and was told that he started climbing up on the recliner chair to get back in the raised bed, so they had to lower it down and let him. So there he was. Well, at least we tried.

Our patients and the funny things they do are so endearing. Even in a stressful healthcare environment, it’s so nice to have funny moments to look back on and to help us keep going in our often challenging work.

*Names have been changed

Is it Time To Laugh Yet? Funny Patient Moments to Lighten Your Day