Investing in cryptocurrency is admittedly a risky venture. Numerous financial experts and even experienced traders have noted that the highly volatile market of Crypto is tough to navigate. However, with high risk also comes high rewards. Many individuals have found success in investing in cryptocurrency. Moreover, as more established brands like PayPal and Starbucks open themselves to crypto payments, the general public has become more accepting and interested in crypto investment.

Discovery Channel and NFT studio and …

Traders seeking to dip their toes in the world of cryptocurrency are in for a wild ride. While the logical move is to invest first in top crypto names like Bitcoin, there is also much to gain in checking the growing selection of altcoins. Seeking cryptocurrencies that show a lot of potential could be the ticket to a successful crypto trading career. Right now, one of the best cryptocurrencies to check is Monero.

Launched in 2014, Monero (also called XMR) is a Privacy-oriented cryptocurrency that has been gaining a lot of traction over the years. Its history has been consistently compared to Bitcoin’s, where the crypto is developed by a small tech community and slowly garnered support over time. Today, it is one of the fastest-growing cryptocurrencies in the market, making for an excellent investment opportunity for new and experienced traders alike.

To elaborate further, here are some reasons to invest in XMR and maybe even start looking for a Monero wallet. 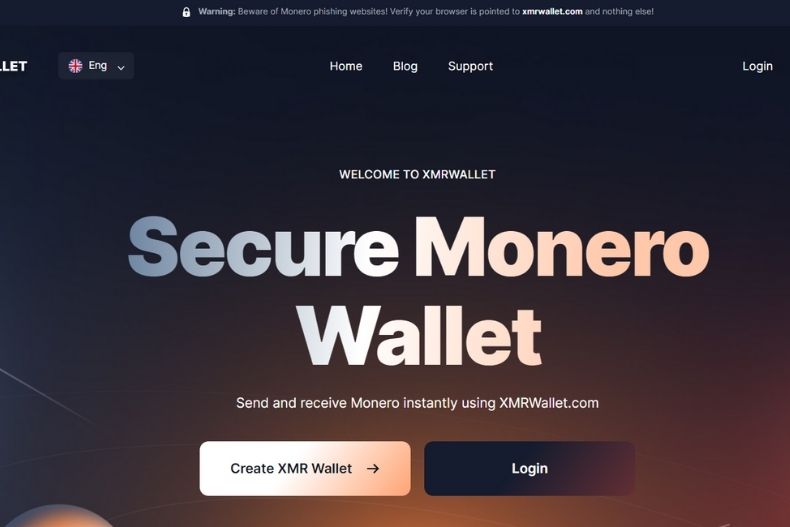 In this digital age, data privacy is an exceedingly significant concern. People nowadays are more aware of their rights to their personal information and are generally wary of sharing said information online. However, blockchain technology, the primary program that powers cryptocurrencies, is public by nature. Thus, anybody could access the details of a transaction through the blockchain.

Monero addresses this privacy concern through various means, including ring signatures (which hides your identity), ring confidential transactions (RingCT, which hides transaction amounts), and stealth addresses (which is a one-time, single-use address generated by Monero). In this manner, users of XMR can feel assured that their transaction details cannot be viewed by others online.

The topic of security is directly connected to the issue of data privacy. Cyberattacks are very real concerns, and several people worry about how critical information like banking details and personal info is handled on the web. Through the privacy features previously listed, XMR users and investors can feel more at ease that their personal details are safe and secure.

For a long time, fungibility has been a problem among many cryptocurrencies. Fungibility refers to the interchangeability of one asset to another of the same type. Coins in many cryptocurrencies are not fungible, which means that if a user received coins that had been used for illegal activities, those coins could be taken away due to their history.

Due to its anonymous features, Monero is fungible, which means that the value of a coin remains the same no matter how it was used in previous transactions. As such, traders and investors do not have to worry about their coins suddenly losing value in case the coins had illicit involvement.

As the number of crypto users grows, scalability is an issue that many cryptocurrencies face. To explain simply, the number of transactions crypto users can accomplish depends if they can get on the next block, similar to how a train takes on passengers. If the demand is high and the trains are full, they may need to wait indefinitely for the next block.

Monero, however, took this into account while it was in development. Instead of imposing a limited block size, XMR implemented a dynamic block size instead. Depending on demand, miners can increase the size of a block, which means that Monero can handle larger transactions. It is a significant development in crypto technology, especially considering how Monero could be used more widely by the general public someday.

Since its conception in 2014, Monero emerged from its humble roots and became one of the leading altcoins in the crypto market. Experts attributed its success to XMR’s focused effort to protect the privacy of its users and make transacting and trading safer and easier. Developers of Monero have introduced a wide variety of features over the years including RingCT and the new Atomic Swap Feature, which allows users to swap Monero for Bitcoin without a third party.

Overall, it becomes evident why Monero is one of the most popular cryptocurrencies in the industry. Whether traders wish to tap into its investment potential or simply support its privacy goals, XMR presents an exciting opportunity for everyone—even individuals who are not involved in crypto. As Monero continues to develop, new features will surely come about, and the idea of a private, decentralized payment system may not be that far off into implementation.

The post Why Monero May Be the Best Investment You’ll Make This Year first appeared on Founder's Guide.