Chicago ranks second among U.S. cities for most dog attacks on mail carriers 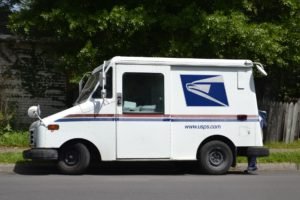 NBA Jam Game Comparison
The Best Ramen in Sacramento
Just Nasty: Pastor Got The Congregati…
When does Botox Kick in for Your Pati…

Chicago ranked second on a list of cities with the highest number of reported dog attacks in 2020, with 59. Houston topped the list with around 73 attacks.

Illinois ranked sixth nationwide with 290 dog attacks. The state had a significantly lower number of attacks compared to the 782 reported in California last year. However, it saw an increase from the 238 dog bites in 2019.

USPS said more than 5,800 mail carriers were threatened by “aggressive dog behavior” in 2020. Postal employees suffered everything from nips to vicious attacks, resulting in injuries and costly medical expenses. The rise in dog attacks was linked to more people being at home because of the COVID-19 pandemic, which led to increased package deliveries and dog adoptions.

Concerned about their employees’ safety, the postal service is seeking to raise awareness of preventing dog bites. While workers receive dog safety training, USPS offered some tips on how customers can be responsible dog owners to protect carriers from attacks.

Parents should ensure children do not take mail directly from the carrier as the family dog may see the unknown person as a threat. Because dogs are instinctive animals, they often act to protect their territory.

USPS also recommended dogs be kept inside the home, behind a fence, away from the door or secured on a leash when the mail is being delivered. Every effort should be made to minimize interactions between a postal worker and a dog.

USPS said if a postal worker feels threatened by a loose or aggressive dog, the owner may be asked to pick up mail at a local post office until the pet has been restrained. Customers can also sign up to be notified of when their mail will be delivered.

Despite every precaution, dog bites can still occur. If you or a loved one was bitten by a dog, contact the experienced Chicago dog bite lawyers at Briskman Briskman & Greenberg. We can help you pursue compensation for your medical bills, lost wages and other costs related to your injuries. Contact us today for a free initial consultation.


This post first appeared on Blog | Briskman Briskman & Greenberg, please read the originial post: here
People also like
NBA Jam Game Comparison
The Best Ramen in Sacramento
Just Nasty: Pastor Got The Congregation Drinking His Self Proclaimed Holy Water
When does Botox Kick in for Your Patients?

Chicago ranks second among U.S. cities for most dog attacks on mail carriers