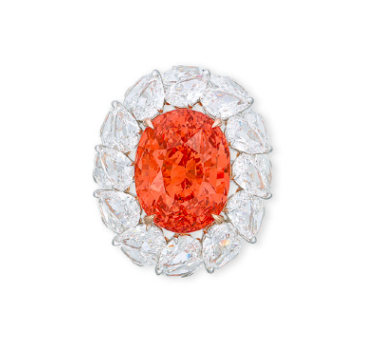 According to gemologists that reviewed the stone, it was noted that “the padparadscha possesses extraordinary characteristics and merits special mention and appreciation. The gemstone exhibits a remarkable size and weight, combined with an attractive orangy pink colour and an excellent purity.” When stones of this nature come to the auction block, it’s easy to see why they can set records!

The Appeal Of Padparadscha Sapphires

While padparadscha sapphires have been sought after by collectors and connoisseurs for a long time, the uniquely colored and highly rare variety of sapphire was catapulted into pop culture with the reveal of Princess Eugenie’s padparadscha sapphire engagement ring earlier this year. The mix of pink and orange hues create the mystique of a gemstone that can have quite a range of colors and saturation. They are generally considered to be one of the rarest gemstones.

As they appear at auction, it is notable that “[padparadscha] prices are normally high,” says Christie’s senior international jewelry director David Warren. “These stones are always very speculative, and it depends so much on the beauty of the blend of pink and orange that characterizes these remarkable stones. We often find that our pre-sale estimates are left far behind as the better examples are fought over by gem connoisseurs from around the world.”

One of our stunning creations – an oval-shaped padparadscha sapphire ring flanked by half-moon shaped diamonds in platinum.

Looking for insight into the market, the international auction house, Bonhams, held a “January Jewels 2018” campaign to help people understand the value of their heirloom pieces, and from their findings indicated the “Hot 10” jewels expected to perform well for the year – sapphires emerged in the fourth position with the following note:

“There has been a resurgence of interest in coloured stones and Bonhams is reporting a growing trend for people choosing coloured ‘statement stones’ like sapphires…these hold a great appeal for serious jewellery collectors and investors. That means the stones are not only holding but also increasing their value, making them an appealing buy in an otherwise increasingly volatile financial market.” 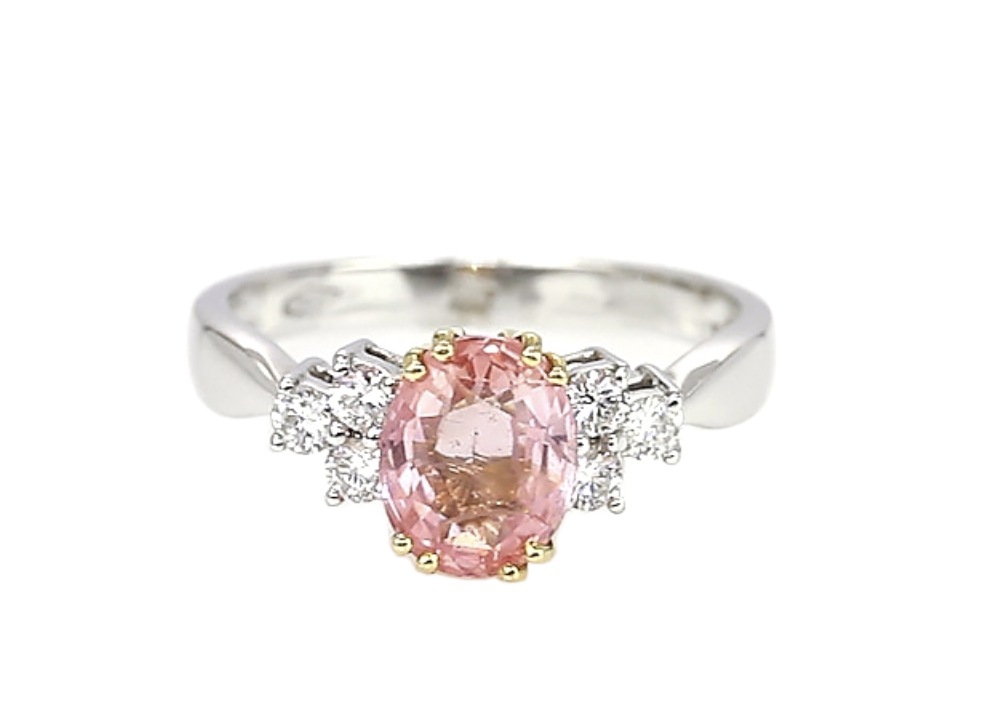 Another beautiful creation of ours – a delicate oval-shaped padparadscha ring with round diamond clusters.

The study included notes that showed an almost 1000% increase in value over a twelve-year period (2004-2016) for two similar sized stones – 18+ carat Kashmir sapphires. For padparadscha sapphires, the numbers may turn out to be even more intense as pre-sale estimates are quickly left in the dust during bidding. For stones so rare, excellent examples are exceedingly hard to come by and the supply is not meeting the demand.

The good news is that all padparadscha sapphires are proving to be an excellent long-term investment with great value even with smaller sized stones. It’s no surprise that this last year has seen some record numbers and stunning pieces of jewelry at auction. Revisit some of the most impressive ones below for inspiration on your own padparadscha sapphire ring! 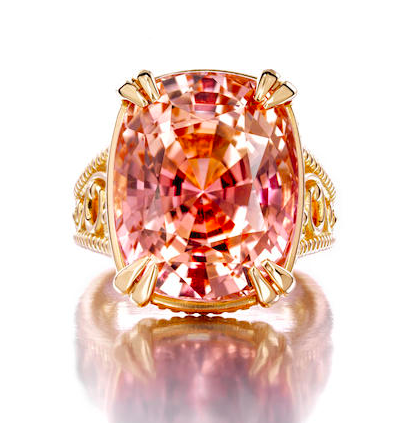 This beautiful padparadscha sapphire ring features a 30.77 carat padparadscha and is set in a simple yet lovely gold setting with filigreed band. It sold at Bonhams Fine Jewellery auction on September 19, 2017 for $199,500. 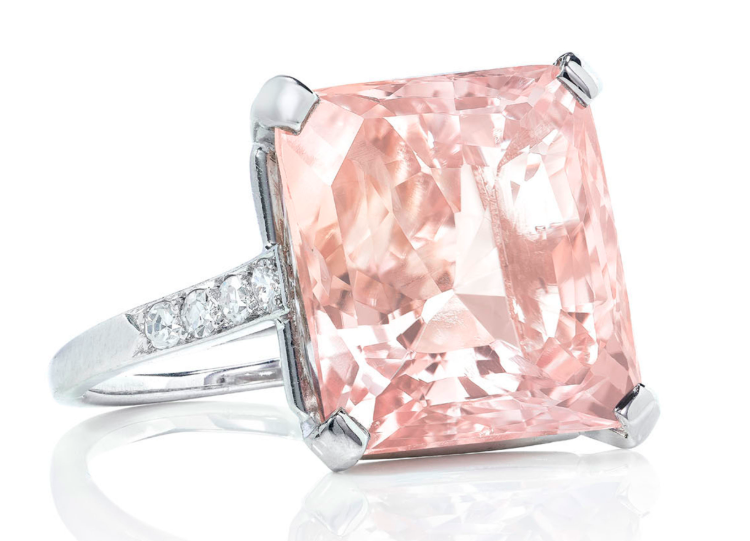 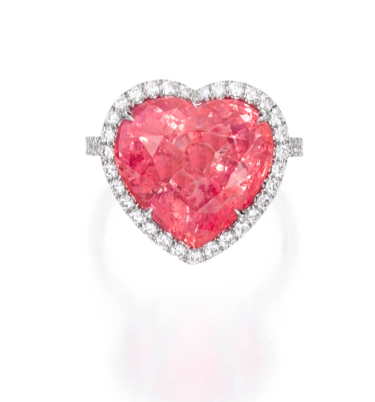 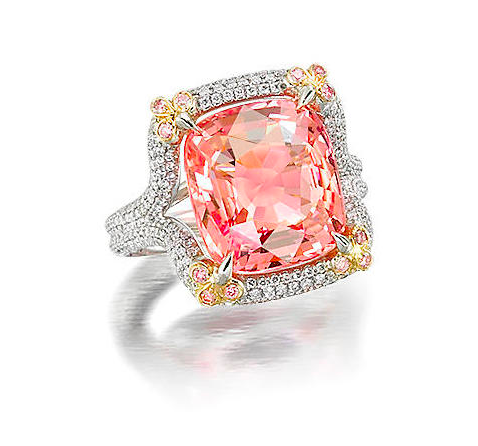 Featured during Bonhams Rare Jewels and Jadeite auction from May 31, 2017, this 10.27 carat cushion-shaped padparadscha sapphire  is set in a pave-cut diamond surround with pink diamond and gold accents. A true original, it sold for $103,800. 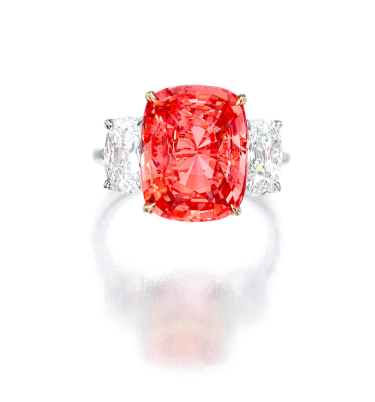 Featuring a strong salmon color, this cushion-cut 8.01 carat padparadscha sapphire is flanked by cushion-shaped old-mine cut diamonds weighting 1 carat each. Appearing in Sotheby’s Magnificent Jewels and Jadeite auction in Hong Kong, it blew past estimates to sell for $780, 800.