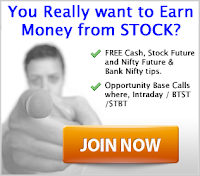 GLOBAL MARKET UPDATE
ASIAN STOCKS MARKET
Asian stocks rose, with the regional benchmark index headed for its highest close in a month, after better-than-forecast data for U.S. employment and the services industry eased investor concern that growth is slowing in the world’s largest economy. The MSCI Asia Pacific Index (MXAP), which lists some stocks from emerging markets, gained 7.3 percent from this year’s lowest level in June through Aug. 3 amid speculation central banks from the U.S. to China and Europe would step up efforts to stimulate economic growth.
U.S.STOCK MARKET
For the first time, the value of transactions in exchange-traded funds tracking the Standard & Poor’s 500 Index (SPX) is poised to exceed the turnover for all the stocks in the benchmark gauge of American equity. Dollar volume in the SPDR S&P 500 ETF Trust, the shares S&P 500 Fund and the Vanguard S&P 500 ETF reached a 12-month average of $28 billion a day last month, 98 percent of the trading in the index’s companies, which include Apple Inc. (AAPL) and Exxon Mobil Corp., data compiled by Bloomberg and Goldman Sachs Group Inc. (GS) show.
EUROPEAN MARKET
Most European stocks advanced, as the benchmark Stoxx Europe 600 Index extended a four-month high, after Greece and its creditors agreed on the need to strengthen policy efforts to support growth. U.S. index futures were little changed, while Asian shares rose. The Stoxx 600 (SXXP) added 0.1 percent to 265.90 at 10:04 a.m. in London. Five shares on the measure climbed for every two that fell. The gauge on Friday rallied 2.4 percent to the highest since April 2.
U.S.TREASURIES
Jay Mueller, who manages $3 billion of bonds for Wells Capital Management in Milwaukee, resisted buying Treasuries for four months, anticipating the Federal Reserve would drop its pledge to keep interest rates at a record low through late 2014. Yields will be at 1.7 percent by the end of September, down from June’s projection of 1.88 percent, median estimates in separate Bloomberg surveys show. The year-end forecast fell to 1.9 percent from 2.1 percent.
CURRENCY UPDATE
DOLLAR
Australia’s dollar traded 0.1 percent from the highest in more than four months and government bond yields climbed on bets the Reserve Bank will refrain from lowering the developed world’s highest interest rate tomorrow. Australia’s dollar was at $1.0565 as of 4:51 p.m. in Sydney from $1.0569 last week, when it reached $1.0580, the strongest since March 20. It earlier touched 83.17 yen, the highest since May 2, before trading at 82.86.
EURO
The euro fell against the yen and dollar after Italy’s Prime Minister Mario Monte said divisions over the debt crisis are threatening the continent’s future, amid German opposition to sovereign-bond purchases. The euro dropped 0.2 percent to 96.99 yen at 10:28 a.m. London time, after touching 97.80, the strongest since July 12. It lost 0.2 percent to $1.2366 after gaining as much as 0.5 percent to $1.2444, the most since July 5.
COMMODITY UPDATE
CRUDE OIL
Oil slid from the highest close in two weeks in New York amid speculation that its biggest gain in more than a month was excessive. Tropical Storm Ernesto slowed as it headed westward in the Caribbean. Oil for September delivery slid as much as 77 cents to $90.63 a barrel in electronic trading on the New York Mercantile Exchange and was at $91.15 at 10:54 a.m. London time. It surged $4.27 to $91.40 on Aug. 3, the highest settlement since July 20. Prices are 8.2 percent lower this year
GOLD
Gold fell the most in two weeks amid investor disappointment with European Central Bank President Mario Draghi’s comments on efforts to fight the debt crisis. On the Comex, gold futures for December delivery dropped 1 percent to $1,590.70 an ounce, the biggest decline for a most- active contract since July 18.
SILVER
Silver futures for September delivery tumbled 2 percent to $26.995 an ounce, the biggest drop since July 10.SILVER September contract was trading at Rs 53320.00 up Rs 45.00, or 0.08%. The SILVER rate touched an intraday high of Rs 53420.00 and an intraday low of Rs 53151.00. So far 11830 contracts have been traded. SILVER prices have moved down Rs 7080.00, or 11.72% in the September series so far.
COPPER
Copper dipped on Monday as the dollar firmed and calm returned to markets after Friday's rally on a U.S. jobs report that eased concerns about the world's largest economy and a pledge by top metals consumer China to support growth. London Metal Exchange (LME) three-month copper was down 0.22 percent at $7,428 per ton at 0959 GMT, from Friday's close of $7,445 when it raised 1.6percent, its biggest one-day gain since July 13. Those gains were capped, however, by lingering concerns about the debt crisis in Europe.