TripAdvisor Under Fire for Blocking Reviews of Rape and Injuries

The popular trip planning website, Tripadvisor, is under fire for alleging deleting user reviews of criminal activity in hotels. The Milwaukee Journal Sentinel published a story revealing that TripAdvisor had deleted reports of rapes, injuries, and even deaths among tourists in Mexico.  U.S. Sen. Tammy Baldwin (D-Wis.), has urged the Federal Trade Commission (FTC) to investigate TripAdvisor to protect consumers from potential fraud.

Dozens of people have alleged that TripAdvisor silenced them by deleting their posted stories and then alerting the user via email. According to the emails, TripAdvisor removes many negative reviews because the website views the reviews as “hearsay,” “off-topic” or in violation “family friendly guidelines.”

It is unknown how many reviews TripAdvisor has deleted. TripAdvisor relies on users with special privileges to manage its website. However, the company refuses to disclose how its moderators are selected. TripAdvisor has responded quickly by rolling out a new warning system that marks resorts where safety concerns have been reported in the media. The company has promised to make other changes so that travelers can share their traumatic stories. 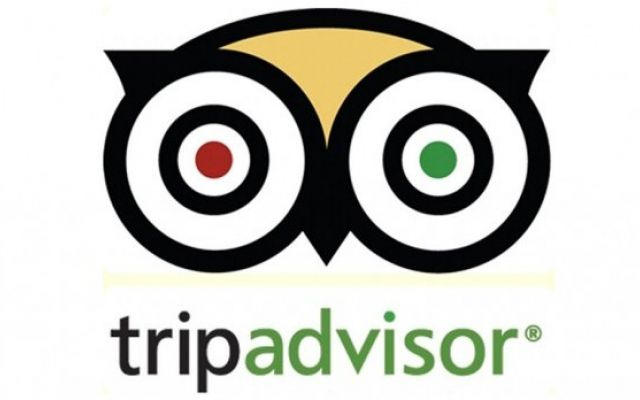 Is It a Crime to Stop Someone From Reporting a Crime?

Generally, non-emergency personal (police, firefighters, paramedics, etc.) have no duty to report a Crime. If I see someone mugging another person outside my window and don’t report it to be police, generally I wouldn’t be liable for not saying anything to the police.

Of course, different states often have exceptions to that general rule.  For example, California imposes a duty to report if a school official, medical professional, or therapist knows about a child being molested and fails to disclose it to law enforcement. Other states may have similar laws expanding aiding and abetting a crime to include failure to report certain crimes.

TripAdvisor presents a slight different question. Instead of failing to report a crime, TripAdvisor is taking down reports of crimes. Is that illegal?

Although potentially immoral, TripAdvisor hasn’t committed a crime. Generally, the law contemplates reporting a crime to law enforcement, not to the public at large.  It would be illegal to intercept communications to a police officer in order to ensure that the police don’t find out about a crime. However, removing a review on a website is not the same as preventing the police from discovering a crime. If that were illegal, newspapers and media outlets would be committing a crime by choosing to report on some crimes and not others.

Fraud and Libel from Both Directions

TripAdvisor’s reviews open it to allegations of fraud from consumers and libel from the businesses being reviewed. If TripAdvisor takes down negative reviews that are real, TripAdvisor may be misleading travelers into believing that a hotel or business is safe when in fact it is not. On the other hand, if the reviews are false and the business is harmed by the negative reviews, TripAdvisor may be guilty of libel. This knot is complicated by the fact that the company is not the one writing the reviews, but the users online.

The good news for TripAdvisor is that most of the businesses suing for libel probably wouldn’t make it very far. States like California have anti-SLAPP laws; laws that prohibit strategic lawsuit against public participation. Lawsuits that are designed to intimidate defendants from publicly criticizing others can be stopped by the right SLAPP law. Moreover, the truth is always a defense against libel. As long as the allegations of rape or criminal activity in the review is true, businesses generally won’t have a real claim against review sites like TripAdvisor or the reviewers on the website.

A review website removing content is a relatively new claim. Yelp.com has been sued for refusing to remove negative reviews, but the refusal to post negative reviews might be groundbreaking. However, it is doubtful that the reviewers would be able to successfully bring a such a claim. In order to file a lawsuit, the petitioner needs to show that he or she would be harmed by the defendant’s actions. Review sites like TripAdvisor or Yelp might harm people who read only positive reviews, but the people who post the missing reviews wouldn’t be harmed.

Even if the readers were to be harmed, it’s not clear that the review website would be liable. Suppose I go to TripAdvisor, read about a great hotel, and then get robbed when I at the hotel I found on TripAdvisor.  I later find out that TripAdvisor removed four reviews about mugging at the hotel because the website thought the reviews were only “hearsay.” Obviously, the thief would be the one response for actually stealing my stuff. Absent a legal duty to warn me about crime in the area, TripAdvisor would not be liable for its failure to warn.

The post TripAdvisor Under Fire for Blocking Reviews of Rape and Injuries appeared first on Law Blog.

TripAdvisor Under Fire for Blocking Reviews of Rape and Injuries