Operatives of the National Drug Law Enforcement Agency (NDLEA) arrested a Lagos-based Pastor, Daniel Lanre Akintola, for being in possession of hard drug which tested positive for heroin.

Akintola, 43, was found with the 1.978kg of heroin concealed in a false bottom of his luggage, after he had disembarked from a flight, at the Akanu Ibiam International Airport (AIIA), Enugu.

Akintola, who claimed ownership of the bag containing the HOIN, said that he was returning from a pastors' conference.

What do you mean there are side effec…
How to Deal with the Weekend Syndrome…
Can CBD oil be addictive?
ما هي طرق علاج الادمان بالاعشاب
Chinese Authorities Going Strong Agai… 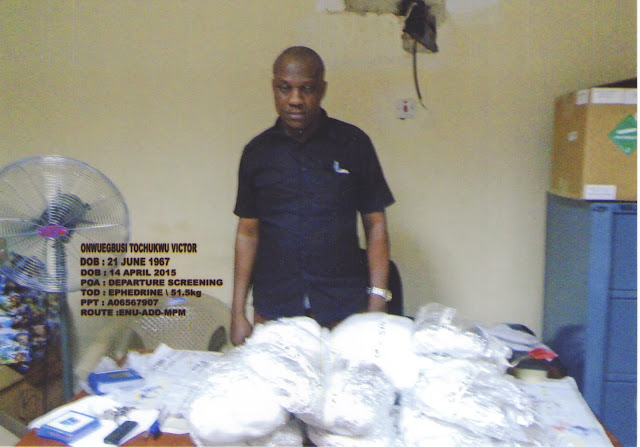 “I am a pastor with Gospel Faith Mission International, Olayemi Assembly, Ipaja, Lagos. I am from Oyo State. I attended a ministers' conference in Uganda. This bag where heroin was found is my bag but I am a pastor and not a drug trafficker,” he told the NDLEA officials.

He, however, could not produce any evidence that he actually attended a pastors' conference in Uganda. Besides, he also did not give any reason for leaving Entebbe, Uganda en-route Addis Ababa to Enugu.

Another suspect, Onwuegbusi Tochukwu Victor, 48, was also arrested yesterday by NDLEA operatives at the airport, for alleged drug trafficking. He was found with 51.5kg of ephedrine inside his luggage.

Victor, from Anambra State, told the operatives that he was asked to take the bag of ephedrine to Mozambique for a fee of 2,500 dollars.