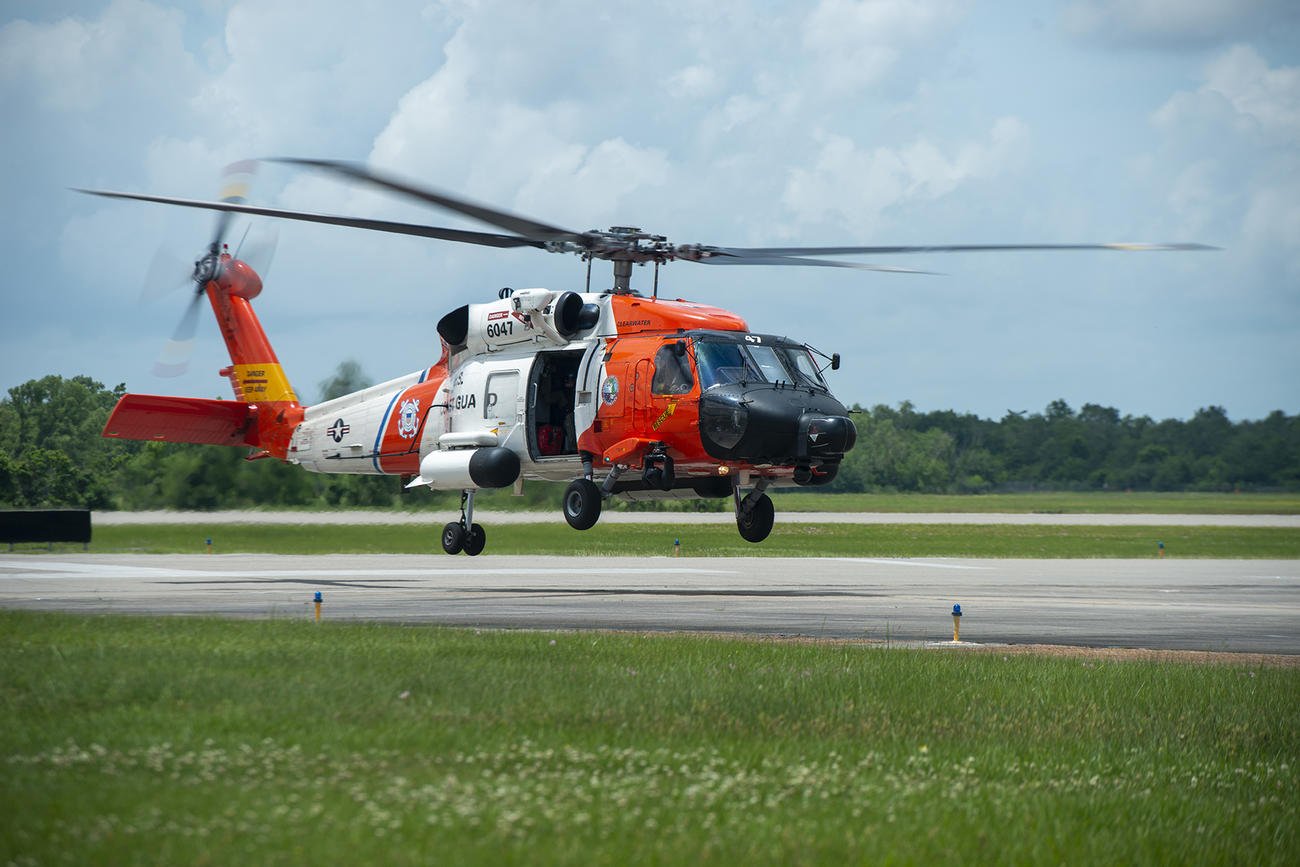 The U.S. Coast Guard witnessed a scene straight out of “Jaws” on Sunday, Oct. 9, when it found the crew of a sunken fishing boat fighting off sharks in the Gulf of Mexico.

All three men were plucked alive from the water and rushed to a hospital, the Coast Guard said in a news release.

Two of the three suffered shark bites to their hands, with one showing signs of hypothermia, officials said.

Identities of the men were not released.

The rescue happened 25 miles off Empire, Louisiana, as the Coast Guard was searching for a fishing boat reported missing late Saturday, Oct. 8. Empire is about 55 miles southeast of New Orleans.

It was later discovered the 24-foot center console boat had sunk around 10 a.m. Saturday, leaving the crewmen in the water for more than a day, officials said.

A Coast Guard helicopter spotted the men Sunday, and a rescue boat “arrived on scene and witnessed two of the boaters fending off sharks, along with injuries to both boater’s hands.”

“The two boaters were pulled from the water by the boat crew before additional injuries could occur,” officials said.

The third boater was “hoisted” from the water by helicopter, officials said.

A Jayhawk helicopter took the three to University Medical Center New Orleans, “where the boaters were reported in stable condition,” officials said.

“We searched an area roughly the size of Rhode Island and are thankful to have found these missing boaters,” Lt. Commander Kevin Keefe said in the release.

“If the family member had not notified the Coast Guard, and if these three boaters were not wearing life jackets, this could’ve been a completely different outcome. We appreciate the assistance of the boating public, who were instrumental in helping identify possible areas where these boaters could have been operating before the vessel became in distress.”

Investigators have not said what caused the fishing boat to sink, but the mishap left the men without any means of communicating their location, officials said.

© Copyright 2022 The Charlotte Observer. All rights reserved. This material may not be published, broadcast, rewritten or redistributed.