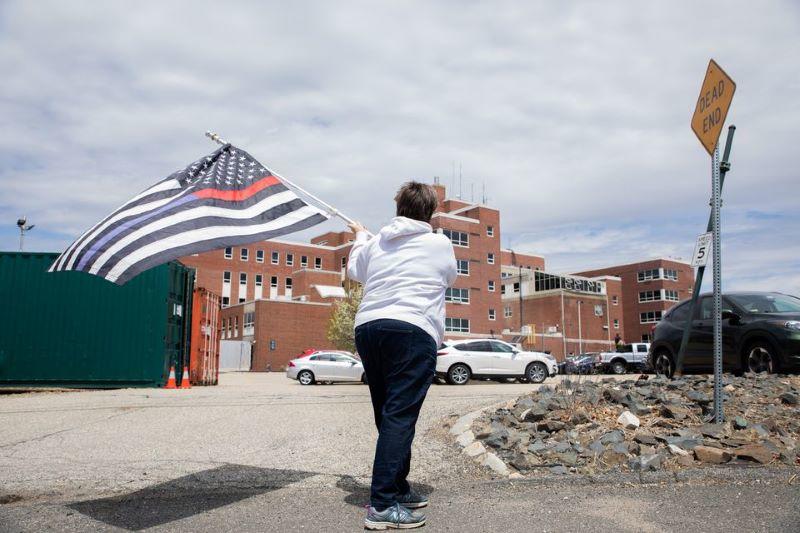 The U.S. Department of Veterans Affairs has approved $160 million in federal funds to support the cost of a new Soldiers’ Home in Holyoke, Massachusetts.

After prematurely announcing receipt of the Feds’ approval in August, the Massachusetts Executive Office of Health and Human Services announced the official greenlight this week.

“The award will include $160 million in Fiscal Year 2022 funding, with the expectation of full funding of federal share of the remainder of the project in subsequent fiscal years,” the announcement said.

In August, the VA had asked the commonwealth to seek the conditional award.

“We are grateful to the US VA for this offer, and for the ongoing support of the Massachusetts Legislature, whose passage of the bond bill allowed for this application,” said Cheryl Lussier Poppe, Secretary of Veterans’ Services.

Gov. Charlie Baker last year fast-tracked a $400 million bond bill to replace the post-World War II-era building on Cherry Street. The state-run facility serves aging veterans and has a counterpart in Chelsea. Eighty-four veterans — many of whom survived deadly battlefields — lost their lives to the coronavirus in the spring of 2020. The leadership was maligned as incompetent and the building as outdated and cramped, contributing to the death toll at the site.

Dozens more veterans were sickened along with staff.

“When our brothers and sisters went to war, we as a nation promised indubitable support and quality care upon their return,” said Neal, also chair of the House Committee on Ways and Means. “I am pleased that my ongoing conversations with Secretary of Veterans Affairs Denis McDonough have resulted in the allocation of this $160 million award to benefit the Holyoke Soldiers’ Home. Our veterans deserve the best care possible, and this is a tremendous step toward ensuring they receive nothing less.”

In May, lawyers for veterans and their families who fell victim to the outbreak reached a $56 million settlement with the state to halt a class-action lawsuit. Payouts are now being negotiated and sorted out by former Massachusetts U.S. Attorney Donald K. Stern, selected as monitor for the process.

The plaintiffs were divided into two groups: survivors who contracted the virus and died before June 23, 2020, and those who died after or recovered from the virus.

While lamenting the tragedy at the Soldiers’ Home, Baker said he hoped the settlement offered some solace to victims.

“I think the fact that people engaged in what I would describe as a good-faith discussion about how to deal with this issue was a positive one,” Baker said.

“And I’m glad we have a resolution,” Baker said, adding that he hoped the settlement would offer “closure” to families and veterans.

A federal judge recently dismissed a lawsuit filed by employees of the Soldiers’ Home, who sued over what they called “inhumane” working conditions during the early weeks of the pandemic.

The design group initially pitched a $300-million state-of-the-art facility with 180 to 204 beds, an adult day health center and other enhanced features. The Board of Trustees pushed back and the size and bed count crept up to more than 220 beds, with mostly private rooms.

There has been no word yet on a groundbreaking date.

CBD Dog Treats, How To Make CBD Dog T…
High Paying Jobs ($100,000+ /yr) With…
Can i buy life insurance on my parent…
Planning for Retirement
US Should Offer More Medical Aid to S…

© Copyright 2022 MassLive.com. All rights reserved. This material may not be published, broadcast, rewritten or redistributed.

This post first appeared on Gate News, please read the originial post: here
People also like
CBD Dog Treats, How To Make CBD Dog Treats, What Are CBD Dog Treats?
High Paying Jobs ($100,000+ /yr) Without A Degree
Can i buy life insurance on my parents
Planning for Retirement
US Should Offer More Medical Aid to Severely Wounded Ukrainian Troops, Pair of Senators Say
One ton of cocaine found hidden in cat litter in Brazil