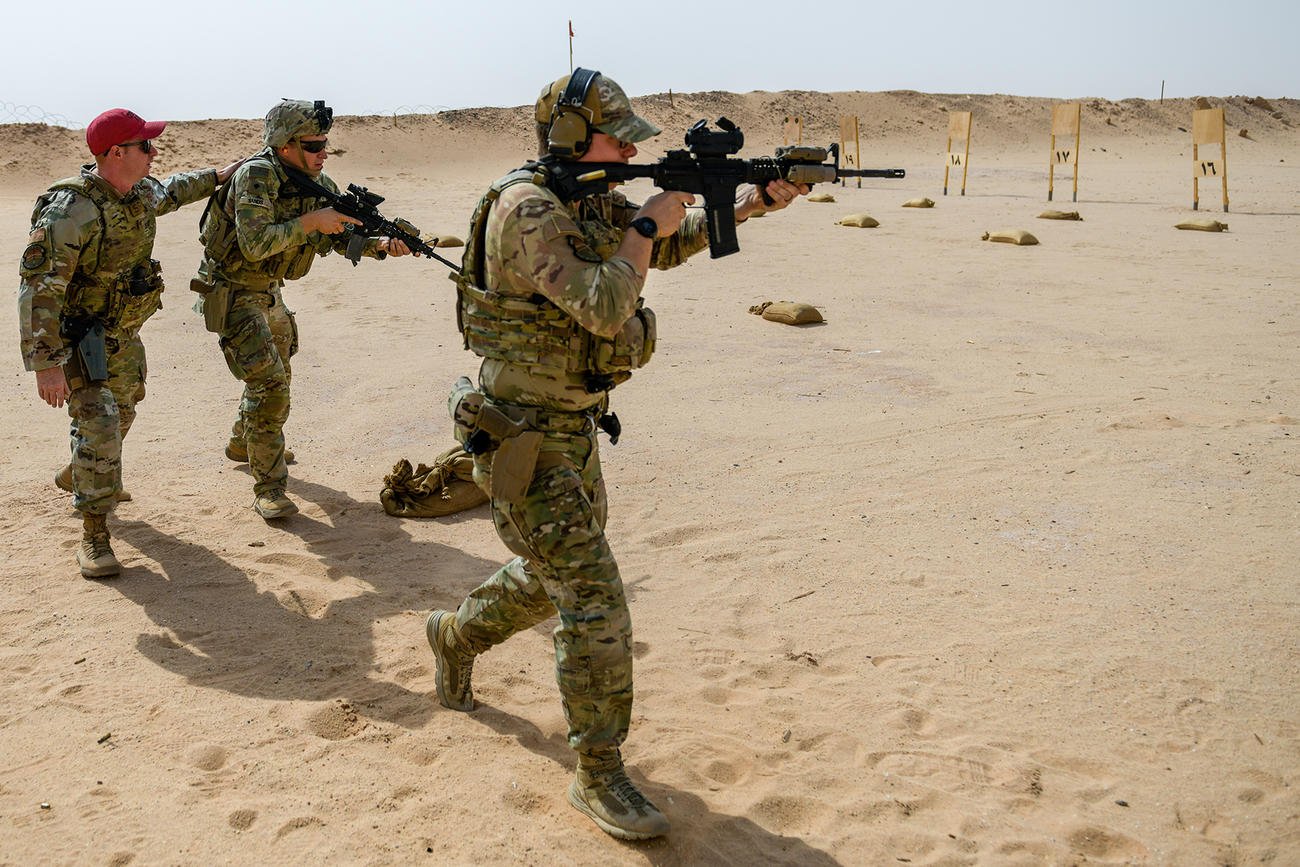 A trio of Democratic lawmakers wants to pull all U.S. troops out of Saudi Arabia and the United Arab Emirates after an alliance of oil-producing countries announced it was slashing production, a move which is expected to drive up U.S. gas prices.

Democratic Reps. Tom Malinowski of New Jersey, a former State Department official in the Obama administration; Sean Casten of Illinois; and Susan Wild of Pennsylvania announced Wednesday night they were introducing a bill to remove all U.S. forces and military equipment from the two oil-rich nations.

“Saudi Arabia and the UAE’s drastic cut in oil production, despite President Biden’s overtures to both countries in recent months, is a hostile act against the United States and a clear signal that they have chosen to side with Russia in its war against Ukraine,” the lawmakers said in a statement.

Read Next: Judge Orders Navy to Review the Medical Discharges of at Least 3,700 Sailors and Marines

“Both countries have long relied on an American military presence in the Gulf to protect their security and oil fields. We see no reason why American troops and contractors should continue to provide this service to countries that are actively working against us,” they added. “If Saudi Arabia and the UAE want to help [Russian President Vladimir] Putin, they should look to him for their defense.”

The United States has about 3,000 troops in Saudi Arabia and 2,000 in the UAE, numbers that have been boosted in recent years to help protect those countries from missile strikes by Iran-backed rebels in Yemen. The U.S. military presence also includes Patriot and Terminal High Altitude Area Defense missile defense systems.

On Wednesday, OPEC+, which includes the Organization of the Petroleum Exporting Countries and some other aligned oil-producing nations including Russia, announced it would reduce oil production by 2 million barrels a day. Saudi Arabia is considered the de facto leader of the organization.

Gas prices in the United States have been on the decline after peaking at an average of more than $5 per gallon over the summer, a spike attributed in part to sanctions on Russian oil levied in response to its invasion of Ukraine. The OPEC decision has raised fears in the United States that gas prices will tick up again, with GasBuddy analyst Patrick De Haan predicting a roughly 15 to 30 cent per gallon increase.

The bill from the House Democrats, dubbed the “Strained Partnership Act,” would require removing all U.S. forces and equipment from Saudi Arabia and the UAE within 90 days of its passage. The missile defense systems would be relocated to elsewhere in the Middle East “with the priority mission of protecting United States Armed Forces,” according to the bill text.

“It is time for the United States to resume acting like the superpower in our relationship with our client states in the Gulf,” the three lawmakers said in their statement. “They have made a choice and should live with the consequences. Our troops and military equipment are needed elsewhere.”

Their bill is similar to one Senate Republicans introduced in 2020 when the Trump administration was trying to pressure Saudi Arabia over oil production.

OPEC decision to cut production came after President Joe Biden — who during his presidential campaign vowed to turn Saudi Arabia into a “pariah” over its killing of U.S.-based journalist Jamal Khashoggi — sought to mend ties in an effort to convince the kingdom to boost oil production to offset the effects of the war in Ukraine. He took a trip to Riyadh in July that included a fist bump with Saudi Crown Prince Mohammed bin Salman.

“Many argued that we had to ‘repair’ our relationship with our Gulf partners to win their cooperation in stabilizing global energy markets following Russia’s invasion, and President Biden made every effort to do so, going so far as to meet the Saudi Crown Prince personally in Riyadh, despite his role in the murder of Jamal Khashoggi,” Malinowski, Casten and Wild said in their statement. “Saudi Arabia and the UAE have now answered our overtures with a slap in the face that will hurt American consumers and undermine our national interests.”

In addition to the House bill, several Senate Democrats have also called for a reevaluation of U.S.-Saudi ties in the wake of the OPEC move, including the chamber’s No. 2 Democrat, Sen. Dick Durbin of Illinois, saying it’s “time for our foreign policy to imagine a world without their alliance.”

Related: As Mideast Wars Encroach on UAE, US Gets Drawn in