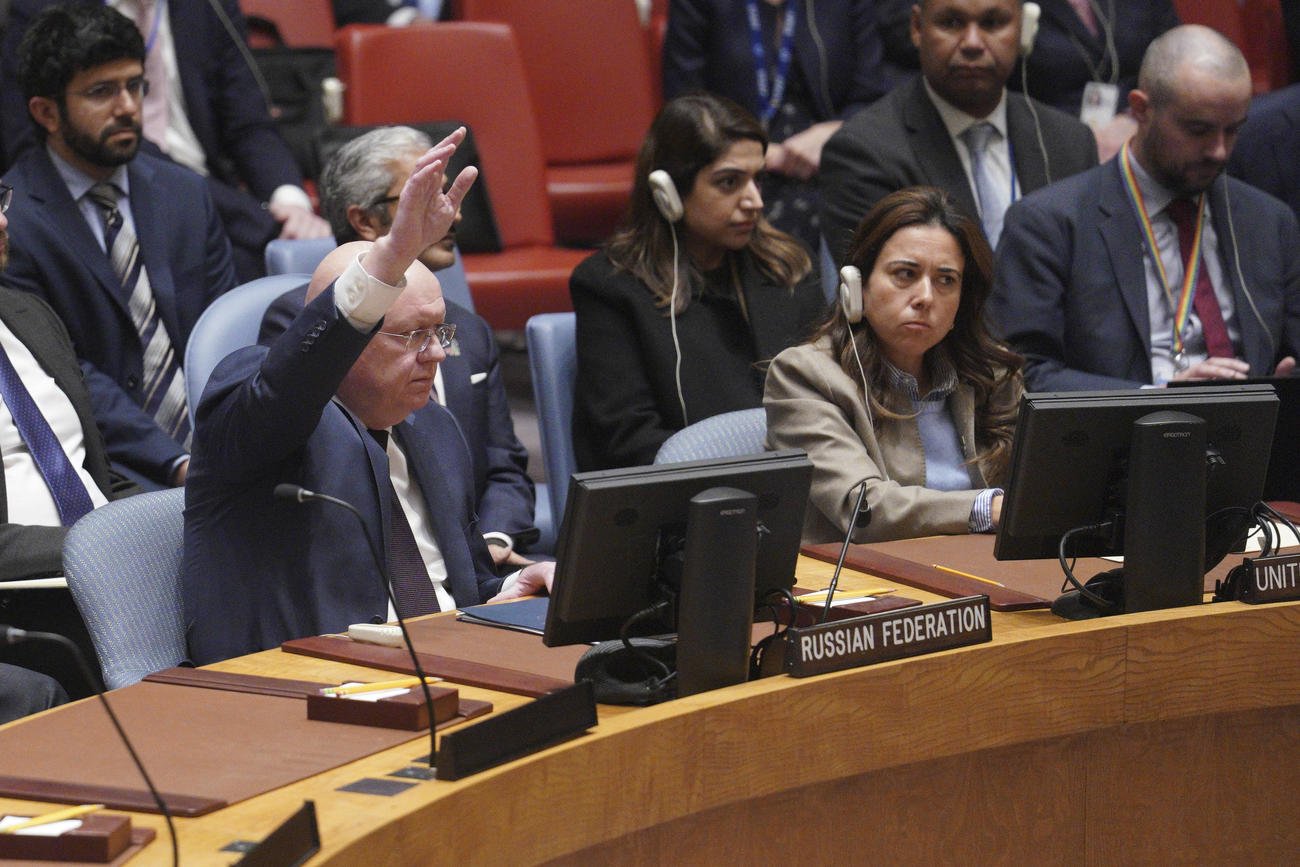 UNITED NATIONS — Russia called for a Secret Ballot Vote next week on a Western-backed Resolution that would condemn its “attempted illegal annexation” of part of four Ukrainian regions and demand that Moscow immediately reverse its actions. Russia apparently hopes it would get more support from the 193 nations in the General Assembly if their votes are not public.

Russia vetoed what would have been a legally binding Security Council resolution on Sept. 30 to condemn annexation referendums in the four Ukrainian regions as illegal, declare them invalid and urge all countries not to recognize any annexation of the territory claimed by Moscow.

The United States and Albania, which sponsored the resolution, vowed to take the issue to all U.N. members in the General Assembly, where there are no vetoes but resolutions are not legally binding.

“Unless the international community reacts,” European Union U.N. Ambassador Olof Skoog said Wednesday, “there can be claims that no one pays attention and this is now a carte blanche for other countries to do likewise or to give recognition to what Russia’s done.”

The General Assembly has announced that its emergency special session on Ukraine will resume on Monday afternoon, when the draft resolution will be presented. Diplomats said they expect speeches from member nations to continue Tuesday, with a vote on the resolution likely on Wednesday.

Votes on resolutions in the world body are traditionally public and are illuminated with different colored lights on a large board which has the name of every country.

But Russia’s U.N. Ambassador Vassily Nebenzia said in a six-page letter to all other U.N. ambassadors obtained by The Associated Press that the U.N. legal counsel has confirmed that a secret ballot can be used by the General Assembly “in decision-making.”

In addition to demanding that Russia reverse its annexation of Luhansk, Donetsk, Kherson and Zaporizhzhia, the draft resolution would declare that Moscow’s actions violate Ukraine’s sovereignty and territorial integrity and are “inconsistent” with the principles of the U.N. Charter.

The proposed resolution says the annexations also “have no validity under international law and do not form the basis for any alternation of the status of these regions of Ukraine.”

It demands that Russia “immediately, completely and unconditionally withdraw all of its military forces from the territory of Ukraine within its internationally recognized borders … to enable peaceful resolution of the conflict … through political dialogue, negotiations, mediation and other peaceful means.”

Russia’s call for a secret ballot vote on the resolution is the latest step in the escalating confrontation between Moscow and the United States and its European allies over its Feb. 24 invasion of Ukraine.

Russia’s veto in the Security Council last Friday came hours after a lavish Kremlin ceremony where President Vladimir Putin signed treaties to annex the Russian-occupied Ukrainian regions, saying they were now part of Russia and would be defended by Moscow.

Putin signed the final papers Wednesday to annex the four regions and in a defiant move, his spokesman Dmitry Peskov held the door open for further land grabs in Ukraine, saying “certain territories will be reclaimed, and we will keep consulting residents who would be eager to embrace Russia.”

Ukrainian President Volodymyr Zelenskyy responded to the annexation by announcing Ukraine’s fast-track application to join NATO. In a decree released Tuesday, he also ruled out negotiations with Russia, declaring that Putin’s actions made talking to the Russian leader impossible.

In his letter to U.N. member nations, Russia’s Nebenzia called the attempt by the U.S. and its allies to have the General Assembly condemn the referendums “a clearly politicized and provocative development aimed at deepening the divide” among U.N. member nations.

He claimed the Western actions have nothing to do with protecting international law and the U.N. Charter, and are only to “pursue their own geopolitical objectives,” alleging Western “double-standards” in backing Kosovo’s declaration of independence from Serbia in 2008 without a referendum.

Unlike Kosovo, Nebenzia said, the four Ukrainian regions “are exposed to a real existential threat from Ukraine now.”

The Russian ambassador said Moscow understands the “huge pressure” the United States and it’s allies will exert on other countries to support the resolution, and “we also understand that in such circumstances it may be very difficult if positions are expressed publicly.” Therefore, he said, Russia is proposing a secret ballot vote and calls on member states to support the initiative.

While the Security Council has been stymied on taking action on Ukraine because of Russia’s veto power, the General Assembly has approved three resolutions.

It voted 141-5 with 35 abstentions on March 2 to demand an immediate Russian cease-fire, withdrawal of all its forces and protection for all civilians. On March 24, it voted 140-5 with 38 abstentions on a resolution blaming Russia for the humanitarian crisis in Ukraine and urging an immediate cease-fire and protection for millions of civilians and the homes, schools and hospitals critical to their survival.

But the assembly voted by a far smaller margin on April 7 to suspend Russia from the world organization’s leading human rights body, the Geneva-based Human Rights Council, over allegations that Russian soldiers in Ukraine engaged in rights violations that the United States and Ukraine have called war crimes. The vote was 93-24 with 58 abstentions.