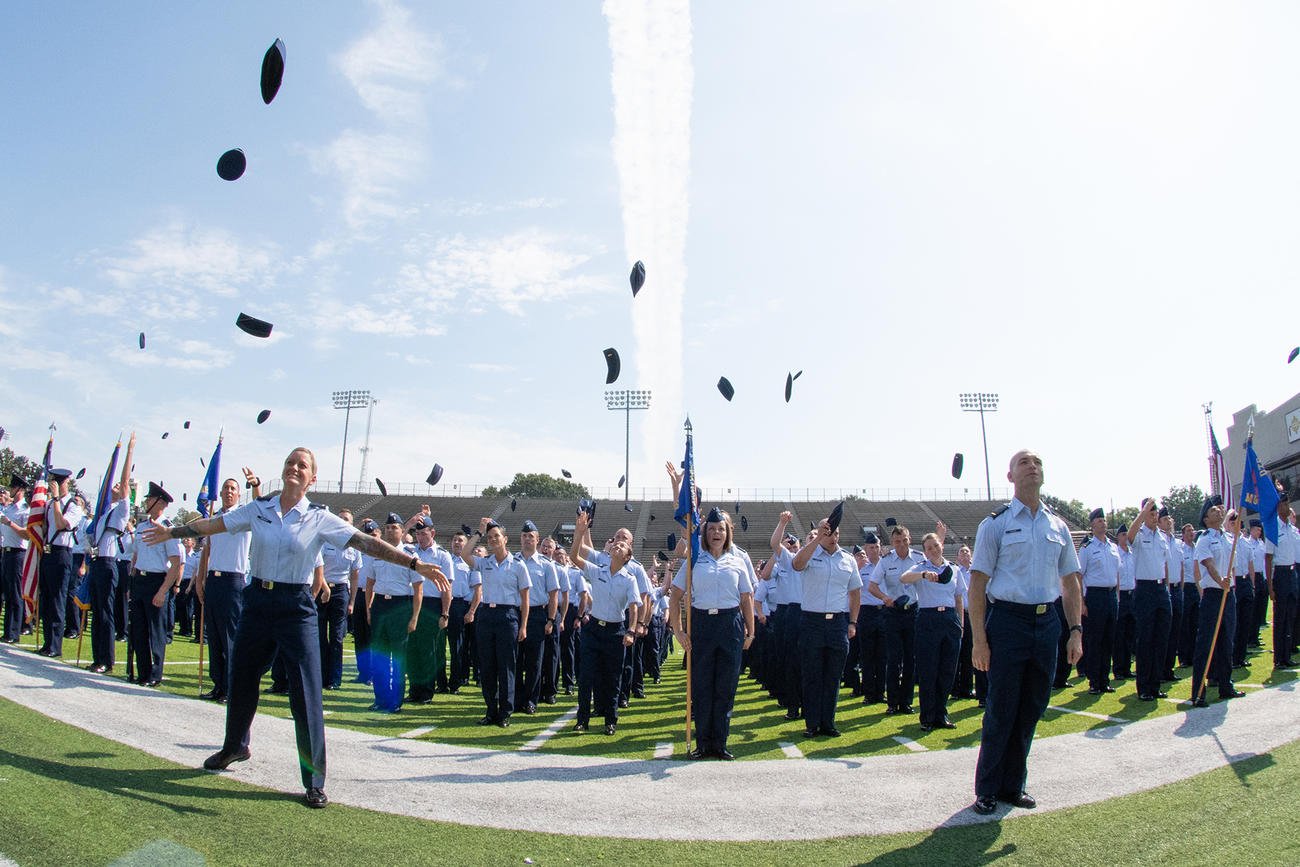 Pregnant service members and civilians can now apply to Air Force Officer Training School, reversing the service’s policy that barred candidates from going through the program until 12 months postpartum.

The policy change, announced in a press release Sept. 30, allows pregnant candidates to apply and they can head to training six months after giving birth without needing a waiver.

“I’ve taken several calls from active-duty Airmen who could not apply due to the previous policy, so this is definitely a step in the right direction,” Lt. Col. Scott Black, Air Force Recruiting Service chief of Officer accessions, said in a press release. “From a recruiting standpoint, it’s also important that we are able to access the full pool of qualified candidates for commissioning to ensure we have the talent we need to meet our national security objectives.”

Read Next: Legionella Found in Pipes at Medical Barracks at Joint Base San Antonio, Forcing Relocations

The change marks the latest Department of the Air Force policy update aimed at increasing the number of women in the Officer Corps, and follows larger diversity and inclusion efforts the Air Force and Space Force have been taking in recent years.

“This policy update will attract female talent to the officer ranks,” Capt. Frances Castillo, a member of the service’s Women’s Initiative Team, said in a press release. “It unequivocally shatters the glass ceiling that has kept or delayed hundreds of women from competing for a [Department of the Air Force] commission.”

Pregnant applicants, if accepted, will need to arrive for Officer Training School between six months and 14½ months after being approved.

Notably, if selected for OTS, the candidate must pass a physical fitness test or qualifying physical within that timeframe or they may lose their spot.

In August, the Department of the Air Force set new demographic goals in hopes of getting more diverse applicants for its officer corps, which has historically leaned toward white males.

Under those new goals, the Air Force and Space Force aim to have 36% of their officers be women, up from the previous target of 30% nearly a decade ago.

As of June 30, the Air Force and Space Force’s officer corps was made up of 23% women, according to the latest data from the Air Force Personnel Center.

There have been several other policies released recently specifically aimed at benefiting pregnant airmen.

In August, Air Mobility Command allowed pregnant airmen to have more information about their gestation kept private from their units.

Earlier this year, the Air Force’s Maternity Uniform Pilot Program, otherwise known as “Rent the Camo,” was unveiled and will give pregnant airmen free maternity uniforms at certain bases.

Additionally, in March, a new policy gave active-duty dual-military couples in the Air Force and Space Force extra time to decide whether they want to separate from the service after having a child.

The Department of the Air Force began enacting a lot of these policies following a 2021 Air Force Inspector General report that pointed out that maternal bias was one of the primary reasons women did not feel included in the ranks.

That report also showed that one in four women delays pregnancy testing because of worries that their organization would take action that could harm their careers.

“We’re in a race for talent, and our policies need to reflect that,” Under Secretary of the Air Force Gina Ortiz Jones said in a press release regarding the OTS change. “This policy change will ensure we’re able to fully tap into the talent amongst our force as well as those looking to join us.”

Related: The Air Force and Space Force Have New Diversity Targets for Their Officer Corps